WesGroup is proposing a 47-unit six-storey condominium for a property at 3220 Cambie St. at West 16th Avenue, which used to be home to a Chevron gas station.

The building would feature 26 one-bedrooms, five three-bedroom and 16 two-bedroom units.

“This project aims to be Vancouver’s first concrete high performance mixed-use building that sets a precedent for architectural excellence in the revitalized Cambie Corridor,” the application states.

It’s being considered under the Cambie Corridor plan. An open house runs from 5 to 7:30 p.m. at St. Mary’s Ukrainian Catholic Centre, July 16.

Several former gas station sites around Vancouver are being redeveloped, including another property at 1698 West Georgia St. If Anthem Properties’ rezoning application for that project is approved, a 33-storey 127-unit tower would replace what used to be a Chevron gas station on the property.

That gas station closed March 29, 2017, two days before Anthem officially took ownership. The property was assessed at $98.2 million as of July of 2018, according to B.C. Assessment. The previous year, it was assessed at $65.5 million. 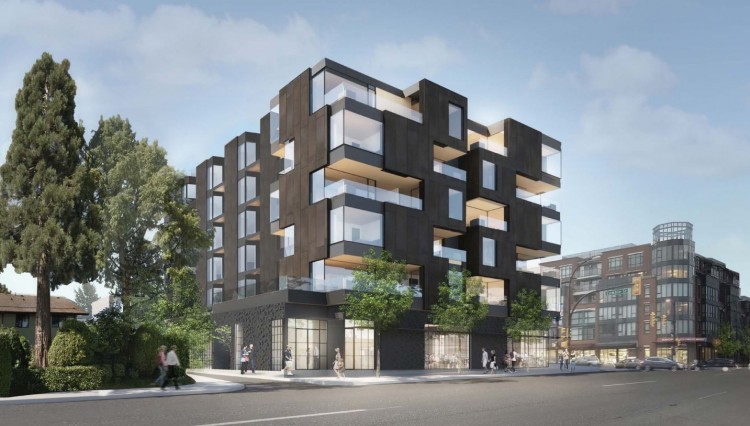 View from West 16th and the lane.

A community garden is currently on the site at 3220 Cambie St. Google streetview 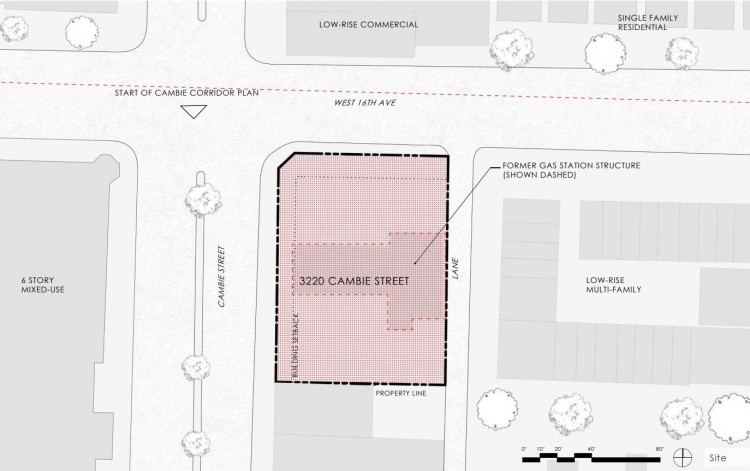 The site at Cambie and 16th.