A 29-unit condominium with a striking design may be built on a large single-family property along the Cambie corridor if council ends up approving a rezoning application that was recently filed.

The project, which is being considered under the Cambie corridor plan, is for a site at 486 West 26th Ave., measuring 67 by 150 feet, which is owned by a small group of investors.

BC Assessment valued the property at $9.7 million on the 2019 assessment roll. 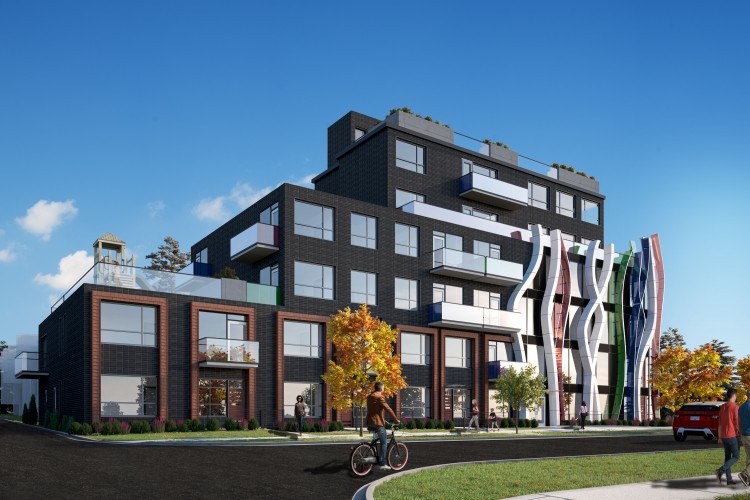 Its distinctive appearance features a series of colourful ribbon-like sculptural pieces — fins — climbing up the sides of the building facing Cambie and West 26th, as well as similarly coloured glass balcony guard rails — all set against a black brick exterior.

A children’s play area is featured in the project whose units would include 11 one-bedrooms, 15 two-bedrooms and three three-bedrooms.

“The project is designed to suit the neighbourhood character of medium-density multi-residential buildings while using modern materials and forms inspired by new residential developments in the community,” Billard told the Courier.

It’s the second of three projects Billard Architecture is involved with along the Cambie corridor. One, at 5110 Cambie St., is also on what used to be a single-family lot, which is slightly smaller. Construction is about to start on that 12-unit, six-storey building. 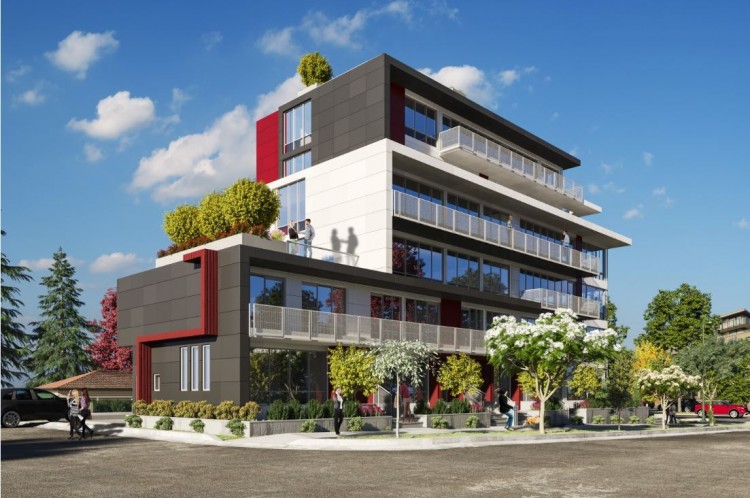 Billard said all of the architectural firm’s projects try to do something a little different from a typical condo in terms of design and, in the case of the West 26th Avenue project, the owners wanted the monarchy to serve as inspiration.

The thicker white “fins” are clad in metal, while the thinner coloured ones are made of tempered laminated glass. They stand off from the window glazing to allow for cleaning and so they don't collect debris.

Billard said the black brick is meant to reference strength and history, while the colourful tempered glass balcony guard rails and metal and coloured glass “fins” are meant to “speak to the jewels of the crown and the Queen herself.”

The design was shown to the Riley Park neighbourhood association and Billard said members “loved it.”

The firm has become known for designing projects on single-family lots, according to Billard, who calls it “surgical density.”

Billard’s not sure how common such projects are in Vancouver, but he said they are easier for small developers to put together.

“We’re not talking the Onnis and the Bosas and the Westbanks — we’re talking small, three or four people getting together with some money to build housing. They can’t afford to go and buy the next lot, especially if the owner of the next lot knows and tries to drag up the price. They can't afford to do that,” he said.

Billard also said he’d like to see more projects of this type in Vancouver.

“Definitely, this is the way to do it. This is surgical density — not relying on these massive [lots], having to buy five lots and build big blocks of buildings on them. We’re going to end up with a lot of [these] infill projects. What it does is adds some diversity to the form, a chance to do some little jewel kinds of projects and, I think, there’s going to be more and more of these leftover lots as the market starts to soften. A lot of these people who have been holding out on their lots while buildings go up around them are going to end up going, 'Uh-oh.'” 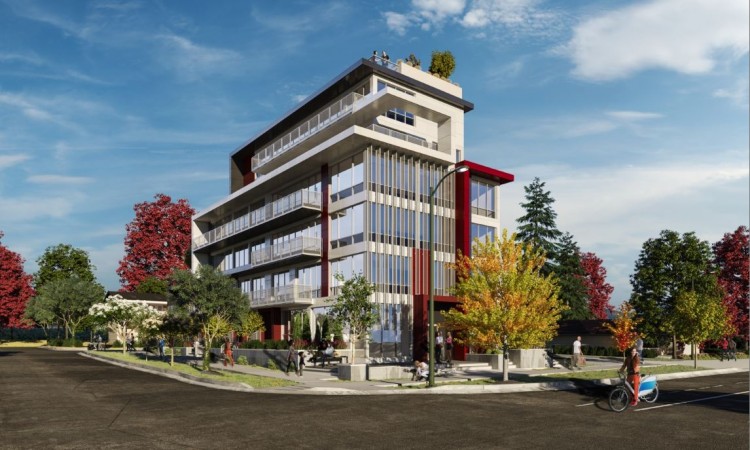