Why chartering boats can be choppy waters to navigate for owners

By Glen Korstrom | June 10, 2019, 8:08am
Neptune’s Yacht Charter owner Dave Kane ekes out profit from renting a commercial boat and a yacht during the summer | Rob Kruyt

Every boating season in B.C. launches with some owners feeling seasick about rising costs of fuel, moorage, insurance and maintenance.

The high cost of owning a boat, combined with easy access to online platforms that help find paying customers eager to rent vessels, is enough to make many owners consider chartering their crafts.

Veteran owners who charter boats, and insurers, however, are quick to warn novices that renting yachts, sailboats or other watercraft is an endeavour that comes with tricky regulatory reefs worth navigating only if the goal is to break even and spend a lot of time at sea.

Breaking rules by taking cash under the table for one-time rentals could invalidate insurance and leave a boat owner in deep debt were a catastrophe to happen.

Platforms such as Airbnb and GetMyBoat provide an easy funnel of customers, but the expenses involved with legally renting out boats are usually several times those of maintaining a watercraft purely for personal pleasure, said different boat owners who spoke with Business in Vancouver.

“If you can’t afford the boat, don’t think that you can do charters” to make ownership more affordable, said Neptune’s Yacht Charters owner Dave Kane.

Kane years ago owned a large yacht-charter business in Vancouver but sold the business to retire, only to realize that he was bored and wanted to dip his toe back into the business.

He owns a 60-foot commercial boat that can accommodate dinner cruises, as well as a 45-foot yacht that he calls his pleasure boat. Both are insured commercially to enable him to take customers on an unlimited number of chartered trips where he, or a designated skipper, takes the helm. Were he to allow rentals to people who skipper the boat themselves, insurance would be either impossible to get or exorbitantly expensive.

A look at revenue and costs can give a sense of how many charters must be booked in a year to make a boat-charter business viable. 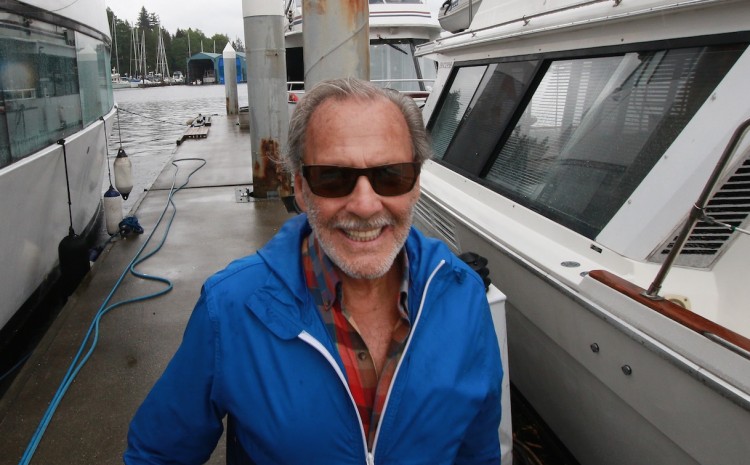 (Image: Dave Kane sold a boat-charter business to retire only to discover that he missed chartering boats | Rob Kruyt)

Kane’s biggest expense is the mooring fee for his two boats in Coal Harbour – about $50,000 per year. The Bayshore West Marina charges him significantly more for his boats because he charters them.

The marina has space for only four charter boats, and those boats are segregated from the rest of the marina for security reasons.

“Most of the high-end marinas do not even allow anybody to do charters,” Kane said.

He declined to say how much he pays in insurance, but he said that his 24-year-old yacht, which has a resale value of about $150,000, could be insured for $1,800 per year were he to use it exclusively for his own pleasure. Insurance for the other boat is much more, and both boats’ commercial use pushes up insurance rates multiple times.

He suggested that insurers might charge owners an extra $75 for each individual charter, or provide a rate that is at least two to three times the regular annual insurance rate if the boat owner wanted to charter the boat an unlimited number of times.

Kane estimated that maintenance costs on his yacht are about $15,000 per year, and that this amount keeps the boat in pristine condition for his customers. Maintenance for the larger boat is more.

After paying the cost of hosting a website, commissions to brokers who find him customers and other expenses, such as City of Vancouver business licence fees, there is little profit, he said.

Canadian Coastal principal David Crewson told BIV a similar story related to his sailboat business that he runs with Rebecca McCleery, although he would not reveal financial data. 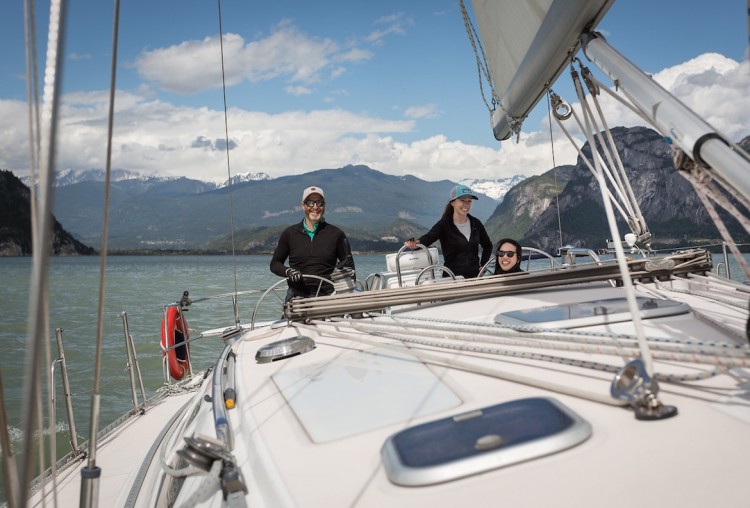 Crewson charges $119 per person on the roughly 100 three-hour sailing trips that he conducts each year. He provides a maximum of 10 to 12 people per journey with snacks and beverages, and he calls the voyages “a heck of a deal.”

The marina where Crewson moors his sailboats, Squamish Yacht Club, will not allow him to conduct commercial charters, so he pays a separate set of moorage fees to be able to bring his boats to a public dock, run by the Squamish Harbour Authority, to pick up customers.

Like Kane, he always accompanies customers on trips or has a qualified skipper on board – something that brings his insurance rate down, compared with what it would be if he were to rent to people who would operate the boats on their own.

“From a business perspective, it’s ridiculous,” said Crewson, who at 48 years old is a serial entrepreneur and angel investor during the winter season. “It’s definitely a lifestyle choice. No one is going to retire on running this business and no one is going to buy the business. It’s something we enjoy doing.” •