Council concerned about size of BC Cannabis proposal but province says half the space for training, offices

By Grant Granger, Tri-City News | July 25, 2019, 9:58am
The proposed site of a 6,600 sq. ft. BC Cannabis store on Nicola Avenue near Home Depot in Port Coquitlam | Photo: City of Port Coquitlam report

Port Coquitlam council has put on hold one of two proposed government cannabis stores because of concerns about its size.

At Tuesday's meeting, council set aside adoption of a zoning amendment to permit a BC Cannabis store for 985 Nicola Ave., near Home Depot, because council wants city staff to find out why the proposal calls for a retail outlet of 6,600 sq. ft.

Council did give third reading and adoption to another proposed government store of about 3,000 sq. ft. for 1971 Lougheed Hwy. (near No Frills) even though there were complaints from a nearby home-based daycare and other residents during a public hearing prior to the council meeting.

But Kate Bilney, a spokesperson for the Liquor Distribution Branch, which is in charge of the government stores, said in an email response to Tri-City News questions Wednesday that the selling space for the proposed Nicola Avenue location will be roughly the same as that in other government stores. She said BC Cannabis Stores is planning to use the back area of the site as a training centre for staff from across the province as well as office space to accommodate regional managers.

Two private stores proposed by burb (in PoCo Place mall and at Broadway Street and the Mary Hill Bypass) didn’t get nearly as rough a ride. There was nary a negative comment at the public hearing or from council before approval was granted for both.

Cat and Fiddle pub owner Randy Doncaster raised the size issue for the government stores during the public hearing.

Coun. Dean Washington was the only one to vote against both government proposals, citing size as the issue with the Nicola location.

“I thought the size was way too big. I’m not sure you need a superstore,” said Washington. “I would have loved to have heard why they chose such a large location.”

Washington pulled his support for the smaller government store after hearing from the operator of a nearby home daycare and other residents.

Shelley Burke, who runs a licensed daycare for seven children in her home on Suffolk Avenue, said the area behind the Lougheed store is predominately residential.

“This is simply not the right place to put this store,” said Burke. “There’s nothing but kids around No Frills and [Dollarama] all the time.”

Another area resident said he has children who go to before- and after-school care in the area and didn’t think it was an appropriate place for a cannabis outlet.

Washington opposed the location but Mayor Brad West backed the proposal and the process, which involved 17 applicants. 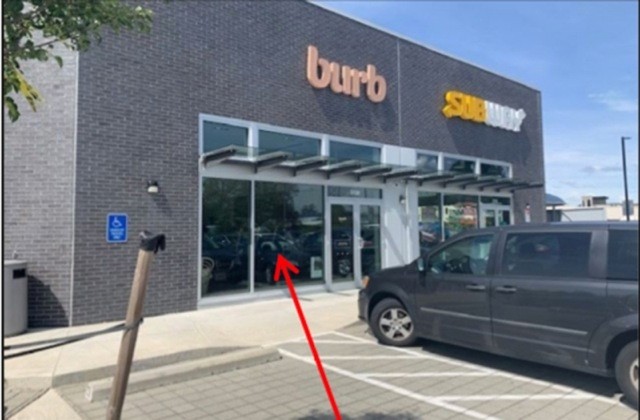 Council also gave third reading, but not final adoption, to a proposal for a cannabis production facility for two industrial buildings on the southeast corner of Broadway and Langan Avenue.

The site formerly housed Nafta Manufacturing, a welding and machine shop, run by the Wallace family. But owner Leslie Wallace wants to convert the smaller building for food production, with the hope to add cannabis edibles in the future after they are legalized, as well as a production facility.

Final approval won’t be given until after a consultant reviews the submission to make sure odour-mitigation measures would work. And the city wants legal documents to make sure those measures are built and maintained.

Smell was a big concern for three area residents who appeared at the public hearing prior to the council meeting but Wallace offered them her business card to outline her plans.

“That is my big concern, too, because I don’t like that smell. I don’t want myself, my family, my neighbours to endure an odour that smells like skunk, so I am committed to dealing with it,” said Wallace.

One resident said odour is a big problem at growing facilities in Langley and Delta but Wallace and some councillors pointed out those are in greenhouses and not enclosed buildings.

Penner said there are a number of illegal grow-ops in the area that smell, so having a legal operation that meets Metro Vancouver’s air quality standards regarding cannabis is a good thing. “As far as air quality, this is way better than welding and fabrication," he said.

Wallace said the plan was to have harvests of about 1,500 kg three to four times a year.

Council also voted Tuesday to restrict potential production facilities on agriculturally zoned land to be soil-based and not produced in an indoor facility, which a report to council said "could significantly erode the farming capacity of agricultural lands within the city.”