Largest companies grew 9.6%, which is more than twice the 2016 rate

The province’s largest accounting firms had their fastest growth rate in five years according to data on Business in Vancouver’s Biggest Accounting Firms in B.C. list.

The head count at the five largest accounting firms in the province grew by 5.5% from 2018 to 2019, a lower rate when compared with the remainder of the list. However, the most recent growth was higher than the 4.1% one-year employee growth rate experienced by the top five in 2018. 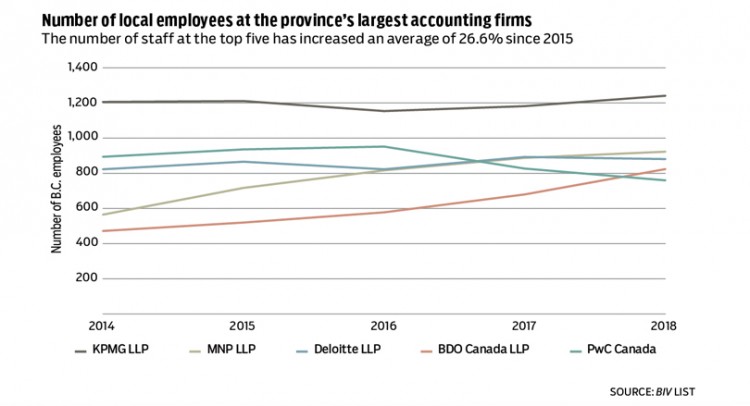 The growth in employee numbers in 2018 from 2017 was less than half of the 8.5% revenue growth the top five experienced during the same period.