Vancouver retail struggling in comparison with Toronto and Montreal

Why it matters: The retail sector helps drive the provincial economy and was worth almost $86 billion B.C.-wide in 2018.

Metro Vancouver retail sales slumped 0.6% to $3.369 billion in May, compared with the same month in 2018, the nation’s number cruncher revealed July 19.

While the Canadian retail sector as a whole saw a slight 1% increase in May compared with the same month a year earlier, B.C. retail sales in May were down 0.1% compared to May 2018.

The main drags on B.C. retail sales were motor vehicles and parts (down 2.6%) and building material, garden equipment, and related supplies (down 3.2%), according to the Central 1 Credit Union's July 19 B.C. Briefing. 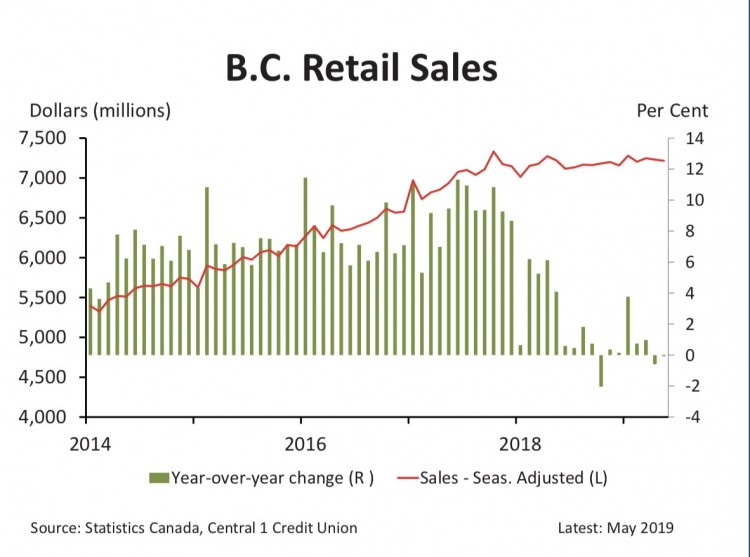 It is unclear exactly why B.C. retail sales have been flat to down, after peaking in late 2017, but retail spending is often seen as a sign of consumer confidence. The Vancouver real estate market has struggled of late with the MLS Home Price Index composite benchmark price for all residential properties in Metro Vancouver hitting currently $998,700 in June. That is down 9.6% compared to June 2018.