What happened? Upscale, Seattle-based retailer Nordstrom (NYSE:JWN) impressed investors with its earnings report after markets closed on August 21, and its shares spiked more than 10% after hours. This came after a 5.53% bump during the day’s trading.

Why it matters: Vancouver's Nordstrom store is said to be the top revenue-generating store in the chain

Nordstrom chalked up its earnings beat to "strong inventory discipline as well as significant expense efficiencies across the company."

Positive investor sentiment has been absent from Nordstrom for a long time, as shares were down about 56% year over year, before the after-hours trading bump.

Analysts had expected Nordstrom to generate about US$119 million in profit, or US$0.76 per share, but the company instead earned a profit of US$141 million, or US$0.90 per share in the second quarter, ended August 3.

Sales, at US$3.872 billion, were a bit shy of the US$3.93 billion that analysts expected, and the chain slightly lowered the top end of its forward guidance.

That did not stop the giddiness of some investors.

Retail Insider Media owner and consultant Craig Patterson told Business in Vancouver that he has long heard that the Vancouver store is the chain’s top selling store, with around $300 million in annual sales. He estimates that Nordstrom’s other five Canadian stores – three in Toronto and one each in Calgary and Ottawa – combine to generate about $340 million in sales.

Nordstrom does not break out sales for individual stores but Patterson said he gets his anecdotal data from real estate brokers and Nordstrom staff. 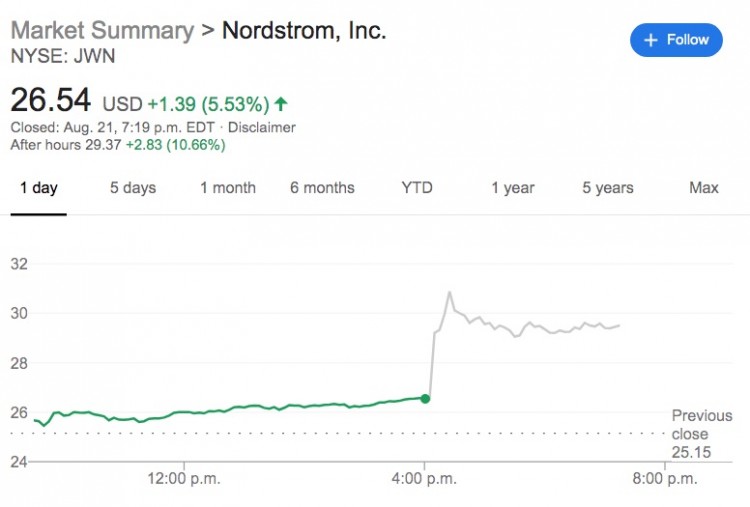 “[The Vancouver Nordstrom] has managed to surpass Michigan Avenue in Chicago and downtown Seattle, which are both very high selling units,” Patterson said.

“Its exceptional location at CF Pacific Centre, occupying practically an entire city block, has made it the most prominent store in Vancouver.”

When Nordstrom opened its Vancouver store in 2015 it immediately took a sizable chunk of business from the chain’s flagship Seattle store because many Vancouverites were regular shoppers at the Seattle location, Patterson added.

Nordstrom’s digital sales represent about 30% of the business and grew at a 7% annual clip, according to the company.

Other analysts were guarded about Nordstrom’s prospects.

Neil Saunders, managing director of GlobalData Retail said that this omission is telling and suggests that the results make for “grim reading,” particularly when considering bricks-and-mortar stores exclusively 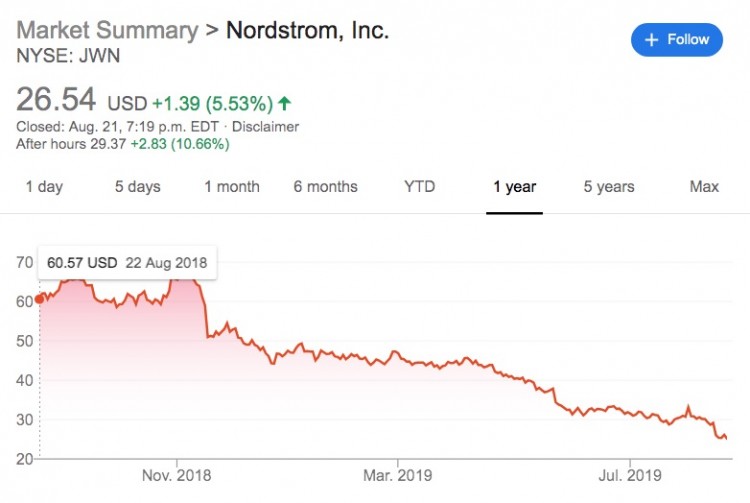