The truckers drove in from Merritt for this week’s Union of B.C. Municipalities conference to lobby for reforms

By Vancouver Courier staff | September 26, 2019, 9:39am
Hundreds of logging trucks lined up along Hastings Street as they made their way into Vancouver to protest the state of the B.C.’s forestry industry | All photos: Dan Toulgoet

Hundreds of logging trucks jammed into downtown Vancouver Wednesday afternoon as drivers made their way to the Vancouver Convention Centre to lobby for reforms to the province’s forestry industry.

The roughly 200 loggers left Merritt Wednesday morning and made their way into Vancouver for the Union of B.C. Municipalities convention — most just passed by the convention centre but about 10 stayed in the hopes of meeting with politicians attending this week’s conference.

Their mission was to show support for rural municipalities hit by sawmill closures and to demand immediate reforms for B.C.’s forestry sector, including immediate changes to the way stumpage rates are set in B.C. and a return to some form of appurtenancy, which ties timber in a given region to specific sawmills or communities. 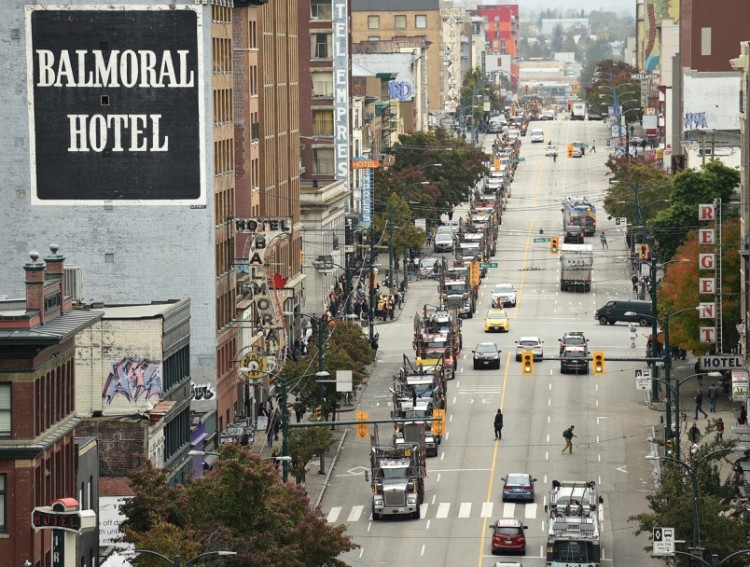 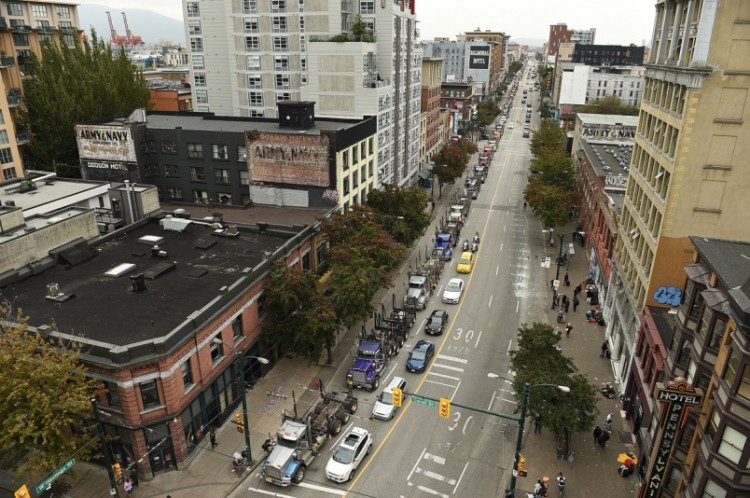 -With files from Nelson Bennett/Business in Vancouver