When the curtains rise at the 47th International Emmys in New York Monday, each of the guests will carry a little bit of Bowen Island with them.

The award ceremony gift bags will include products from Sangre de Fruta Botanicals, a local organic skincare and hair care boutique. The gift bags for the hundreds of guests will include the Artisan Square-based boutique’s Solis Flower Nectar Face Serum while the bags for presenters and special award winners will also have Rose No.1 and Jasmine de Nuit perfume roll-ons.

The initial email offering to include a Sangre de Fruta product in the International Emmys gift bags sat unread in Sangre de Fruta founder Allison Audrey Weldon’s inbox for about a week before it piqued her interest.

“She thought it was fake in the beginning,” says Nicholas Fritz, one of the company’s co-owners. “But we looked into it deeper and we’re like, oh, this is actually legit. This is crazy.”

So began months of preparation for the massive shipment. Weldon, Fritz and their team began filling the order in the summertime, 60 bottles at a time: the small-batch product hand-made, the bottles hand-labelled.

“It was a pallet full that left…off to New York,” says Fritz.

“Of the small bottles,” adds Weldon. 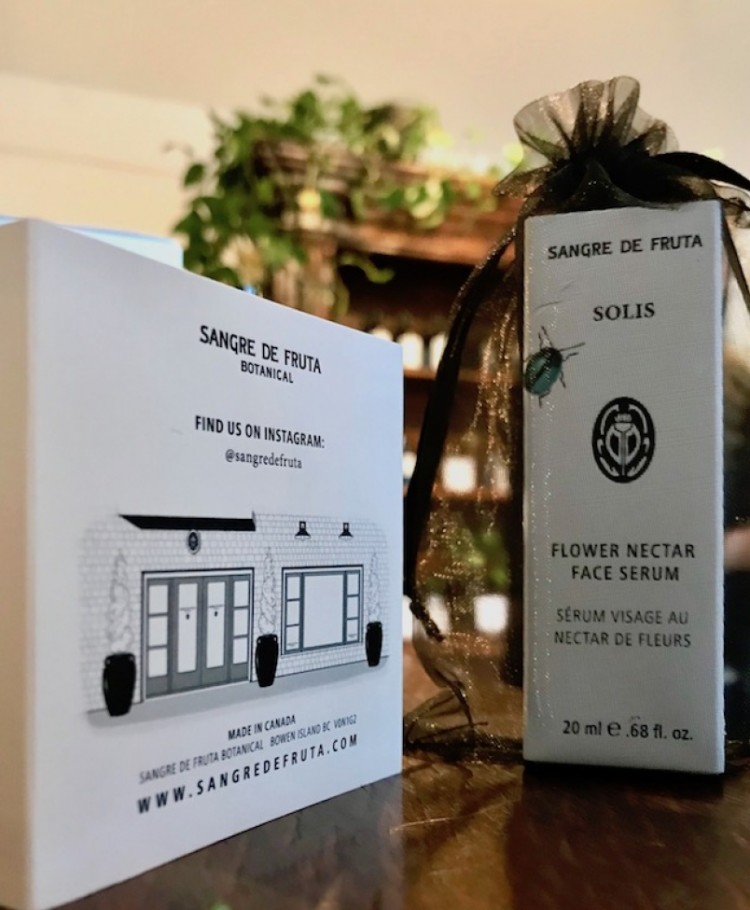 But their painstaking work paid off and come Monday, the essential oil scents from a studio on Bowen Island will envelop some of TV’s brightest and boldest. “I think it’ll be a thing where over time it’ll create a bit of awareness with a different clientele that we don’t have access to from here,” says Weldon.

Weldon also notes that there’s a sort of fascination surrounding the gift bags of award ceremonies. The Oscars famously have unofficial $100,000 swag bags for nominees of the top awards.

“Some people get interested in what’s in those bags,” says Weldon. “[Organizers] try to have innovative, different things with stories around them.” She notes that the organizers were also looking to feature international brands or products.

“Considering the organizers of the International Emmy Awards have their pick of the world’s best products, my small team and I are incredibly honoured,” said Weldon in an earlier press release.

“We’re just a small company on a tiny island off Vancouver so it just seemed too good to be true that the International Emmy’s would seek us out like that.”