Telecom giant and major Vancouver developer file dueling lawsuits, blaming each other for Polygon backing out of deal

By Cornelia Naylor, Burnaby Now | November 27, 2019, 10:12am
The Saputo plant pictured above and the property next to it are the subject of two lawsuits | Photo: Peterson Group

The property involved is a 14-acre piece of land at 7000 Lougheed Hwy. beside the Saputo Dairy plant. (The Saputo site was sold in 2018 for more than $200 million and the dairy plant is moving to Port Coquitlam.)

It’s the site of an old Telus industrial complex demolished in 2015 to allow for an environmental assessment of the soil and groundwater below the building slabs as a step towards future redevelopment, according to a city report.

The land is located inside the proposed “Bainbridge Urban Village” identified in the City of Burnaby's official community plan.

Polygon Homes Ltd., a Vancouver-based developer, signed a $175.5 million deal with Telus in September 2017 to buy the property.

The deal was subject to both Polygon and Telus being satisfied with the city’s response to Polygon’s development plan proposals – including responsibility for “all remediation for all on-site and off-site pre-closing environmental conditions,” which Telus had agreed to take on and pay for.

Polygon backed out of the deal early last month.

In a pair of lawsuits filed seconds apart in B.C. Supreme Court on Oct. 24, Telus and Polygon blame each other for the deal falling apart and both lay claim to a $5 million deposit Polygon paid Telus in 2017.

In its suit, Telus claims it was ready, willing and able to complete the sale last month in accordance with the terms and that the city supported Polygon’s intended development.

Telus claims Polygon broke the deal because a decline in the Lower Mainland real estate market had rendered the property worth less than the price in the agreement and would make the planned development less profitable.

“For that reason, as well as others that are unknown to (Telus) at this time, (Polygon) resolved to find a way out of the (agreement) or force (Telus) to lower the purchase price and make other concessions,” states the notice of civil claim. 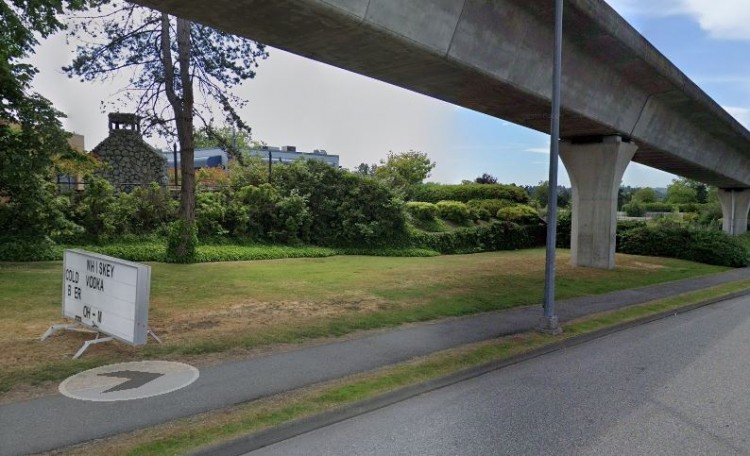 This Telus-owned property at 7000 Lougheed Hwy. in Burnaby is the subject of two separate lawsuits. Google Street View

Polygon could have limited its liability by forfeiting the $5 million deposit when it walked away from the deal, according to Telus’s suit.

Since it didn’t, Telus is arguing the developer is now liable for all of the telecom company’s losses from the deal, including the difference between the $175.5 million in the agreement and the price the property eventually sells for, the cost to market and resell the property and legal costs.

Polygon, meanwhile, claims the conditions of the sales agreement had not been satisfied by the Oct. 8 deadline and that the developer had already extended that deadline 11 times since September 2017.

As of Oct. 8, Telus had not completed its environmental testing, according to Polygon, nor had Telus provided the results of a required “detailed site investigation” or a required remediation closure plan to the city.

Polygon claims Telus had not delivered the “minimum requirements necessary to enable the city to move forward with its full deliberations of the potential project to a level sufficient to satisfy” the developer.

Polygon also had other concerns that hadn’t been resolved by the deadline, according to the notice of civil claim, including a policy city council adopted in May to address the housing affordability crisis.

The city now requires all new housing developments have at least 20 per cent rental units.

The policy was “not satisfactory to Polygon,” according to the company’s court filings, because it would have necessitated substantial changes to its development plan and “substantially” reduced its economic return if the purchase price remained unchanged.

Polygon said it made “reasonable efforts in good faith” between May 2019 and September to resolve its concerns with Telus to see if the sales agreement could be changed, but no agreement was reached.

Polygon seeks the return of the $5 million deposit with interest, damages against Telus for breaching the sales agreement and legal costs.

None of the allegations in the two lawsuits has been tested in court.