By Glen Korstrom | November 20, 2019, 11:18am
Buses across the region will come to a halt next week if a breakthrough in contract talks does not happen, Unifor said November 20 | Emma Crawford Hampel

What happened: Vancouver could have a system-wide bus shutdown November 27 through November 29 if union Unifor and TransLink are unable to come to terms on a new contract.

Why it matters: Businesses and the general public will be inconvenienced, with some left stranded if bus services come to a halt.

"Following the driver overtime ban, which is still set to occur this Friday, November 22, after that, and beginning one week from today, we will engage in a complete system shutdown on Wednesday, Thursday and Friday of next week," said Gavin McGarrigle, Unifor's western regional director at a November 20 Unifor event that was streamed on Facebook Live.

"No members of Unifor local 111 and 2200 will report for work on those days. Picketing will begin at all locations, and we expect a complete shutdown of the bus system in Metro Vancouver as a result. Picket captains are being trained as we speak, and they will ensure peaceful protest and picket lines at all depots and hours on those dates. There will be no further escalation in action following the current overtime ban already set for this Friday, until this Wednesday, November 27."

The escalation is not a complete surprise because McGarrigle had been vowing to escalate the job action if progress was not made.

The employer, Coast Mountain Bus Co. (CMBC), however, was quick to condemn the announcement.

“It is completely unacceptable our customers are being dragged into this dispute,” CMBC president Michael McDaniel said in an email to Business in Vancouver.

“Coast Mountain Bus Company is addressing the union’s complaints about working conditions as well as providing generous wage increases beyond what’s in other public sector settlements in B.C. The union is willing to disrupt lives of commuters to get the wages it wants,” McDaniel said.

The two sides had been negotiating for what McGarrigle said was 29 days before, on November 1, his Unifor colleagues began job action. 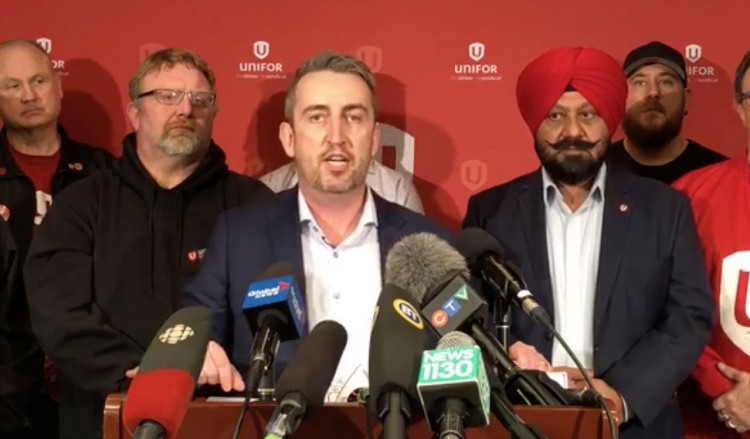 Initially the action consisted of bus drivers wearing street clothes instead of uniforms. Seabus service was also affected, and maintenance workers launched an overtime ban. That overtime ban then spread to bus drivers earlier this week.

CMBC has claimed the two sides were about $608 million apart and no talks are happening at the moment.

Other news transit riders are following involves approximately 900 SkyTrain attendants, control operators, administration, maintenance and technical staff who work on the Expo and Millennium lines and are part of the CUPE 7000 union. Those workers are in the middle of a strike vote that is expected to become public tomorrow (November 21)

The potential bus shutdown next week would be the first large-scale transit strike since 2001, when a four-month system-wide strike took place.

Premier John Horgan has vowed that no systemwide shutdown will take place for anywhere near that period of time while he is in power.

"I'll remind you that the last time the official opposition was in government there was a four-month transit strike in Vancouver and I can assure you that won't happen on my watch," Horgan said earlier this month.

In fact, B.C.'s newly elected Gordon Campbell government ended the 2001 strike by imposing a settlement, but that strike started when the NDP were in power.

The entire 2001 provincial election campaign happened while the strike was taking place – a development that may have been part of the reason why a provincial government did not take action sooner.

The 2001 strike  also took place between April 1 and August 7, when there was better cycling weather than Vancouver is likely to see during the next few months.