By Gail Johnson, The Alchemist | November 26, 2019
The Empress is a vegan cocktail made by Vancouver bartender Katie Ingram at Elisa. Photo by Leila Kwok

The Pink Lady, Pisco Sour and Ramos Gin Fizz have at least one thing in common: their frothy, silky top. The luscious foam traditionally comes from shaken egg whites, the flavourless, foamy ingredient lending the drinks a smooth and creamy texture.

Bartenders’ use of albumen is nothing new. Alongside the rise of contemporary cocktail culture, however, has been the growing trend of veganism.

What are those who eschew animal products to do when craving a traditional Whisky Flip or Clover Club? The same question applies to drinks containing milk or cream. Grasshoppers may be green, but they certainly don’t cut it for proponents of a strictly plant-based diet.

To meet the dietary needs of more and more consumers, creative cocktail makers have come up with all sorts of vegan adaptations of drinks that typically call for eggs or dairy.

For Claire Wyrostok, offering vegan cocktails is essential at Vancouver’s Black Lodge, the Twin Peaks-themed restaurant and bar she co-owns with Brad Mackinnon.

“The restaurant is vegetarian, but we aim to make everything on menu possible to be vegan, and the whole cocktail menu is vegan,” says Wyrostok, who’s vegetarian herself. “We don’t use any eggs in our cocktails, and aquafaba is a very nice replacer that gives us very fluffy, foamy vegan drinks.”

“Aquafaba” is the name for the water that chickpeas and other legumes are cooked in and the liquid you drain after opening a can of such pulses. Like egg whites, the brine acts as an emulsifier, changing the surface tension of a drink to create foam. 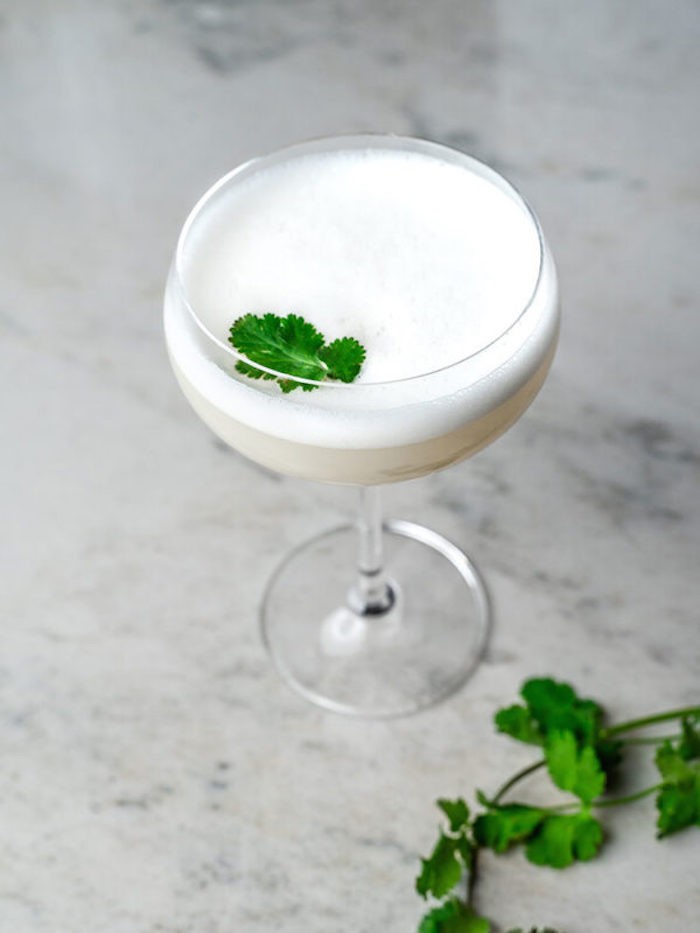 Wyrostok likes using aquafaba not just because it doesn’t come from an animal, but because it’s lower in calories than egg whites, has a lower risk of foodborne illness, is safe for people with egg allergies, and doesn’t have the odour that egg whites can emit. (Wyrostok says the substance can also replace eggs in other recipes too, from meringue to angel food cake to dressings.)

“As a restaurant owner, it’s a dream working with it,” she says. “It’s shelf-stable. It’s an easier, safer product. Taste-wise, I find it undetectable. It’s an odourless, tasteless emulsifier.”

Elisa Steakhouse bar manager Katie Ingram uses aquafaba as a substitute for egg whites on request in cocktails like the Earl Grey Martini 2.0 and Divine Rabbits. She wanted to divert kitchen waste while at the same time create delicious alternatives for diners with dietary preferences.

“We’re delighted to find that many of our guests really enjoy the aquafaba as a substitute in their cocktails,” Ingram says. “When I was competing in the [Diageo] World Class Canada national finals this year, we had a mini Amazing Race challenge where you and a partner would run around Whistler with clues to secure ingredients for a black-box challenge. One of the clues led us to a taste challenge, where they made us two Talisker 10 Sours: one with egg white and one with aquafaba. The judges were impressed at how many of us preferred the aquafaba to the egg white in our drinks.” 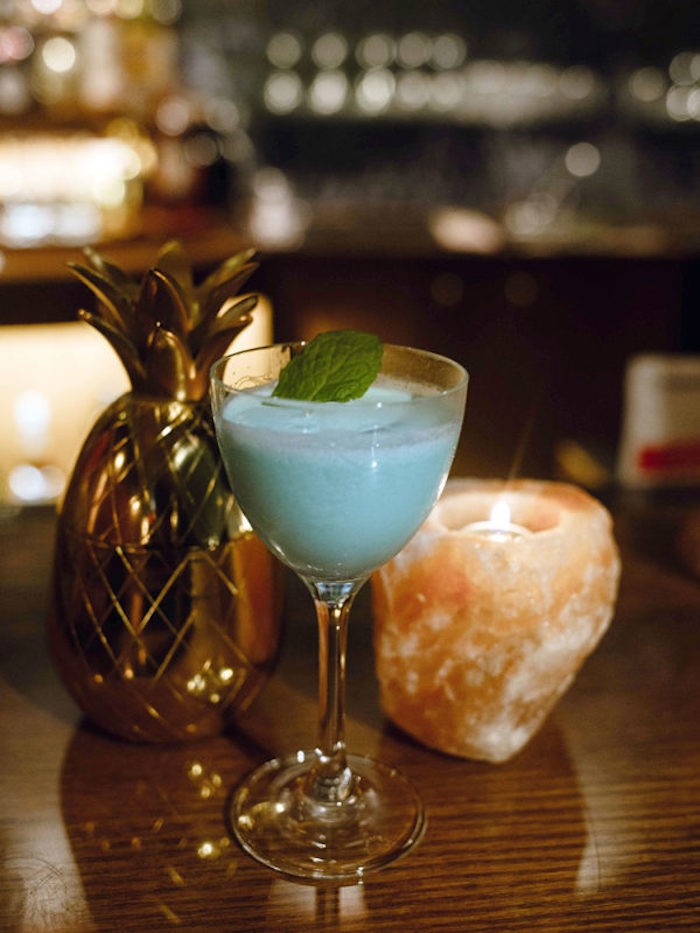 Angie Quaale, the owner of Langley’s Well Seasoned, A Gourmet Food Store, uses a combination of coconut milk, coconut cream and unsweetened chocolate almond milk for a vegan Irish cream. She says hemp or oat milk are other vegan alternatives to dairy, without the coconutty flavour.

Vancouver-based Ms. Better’s Bitters has been making its eggless Miraculous Foamer since 2016, after operating partner Philip Unger, a food scientist, crafted a plant-based formula for a friend with egg allergies. Brand ambassador Tarquin Melnyk, a local bartender, won’t divulge what makes up the shelf-stable, water-soluble vegan product, other than it consists of three organic botanicals macerated in a neutral spirit.

“It was readily apparent that whether someone had an allergy, is vegan, or is just simply unsure about using egg whites, that this product was sure to find an audience,” Melnyk says. “Bartenders love to be able to innovate. All of the drinks we serve at the Long Table [Distillery] Lounge are completely vegan. Personally, I haven’t used an egg white on a bar in about four years.”

Make these vegan cocktails at home: