Do you ever dream of owning your own armoured vehicle?

An armoured halftrack personal carrier is for sale right now in the Lower Mainland and it could be yours for a cool $75,000 – in USD, that is. In CAD, the price works out to just under $100,000.

Listed on the Vancouver Craigslist, the off-road vehicle is described as clean and in good condition, and it seats ten. The lister adds that it is, “Definitely one of a kind for the person that has everything,” as ‘anyone’ can buy a Lamborghini or a Ferrari. 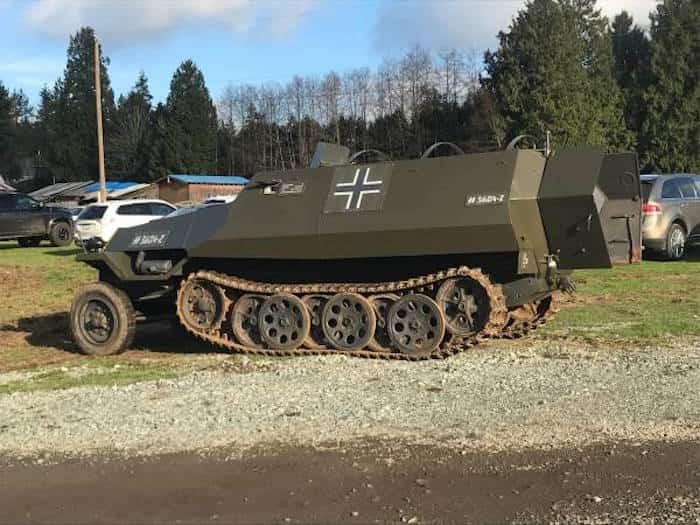 The four-wheel drive vehicle, which is described as a, “Czech produced post war copy of the famous German WW2 SdKFz 251 halftrack,” has a manual transmission, eight cylinders, and is fully operational. There are also mounts for MG34 or MG42 machine guns in the front and rear of the vehicle. It’s even bulletproof.

A veteran of military TV and film production, the poster asks that anyone who wants to take it for a test-run put down a $500 deposit, which can later be applied to the asking price.

Mark Fleming, owner and President of Blueleader Enterprises Ltd., told Vancouver Is Awesome in an email that the vehicle can be used on any terrain, but that you’d get the most use out of it off road. However, you won’t need a special permit to operate it.

“It does have lights and signals and could likely be licensed but that was not my intention,” writes Fleming.

“I operate a fleet of rental vehicles to the film industry and it is generally used on closed sets. It hasn’t been in high demand so I am looking to sell it to buy other vehicles.”

With this in mind, Fleming’s post states that he’s willing to consider an “interesting partial trade,” too. 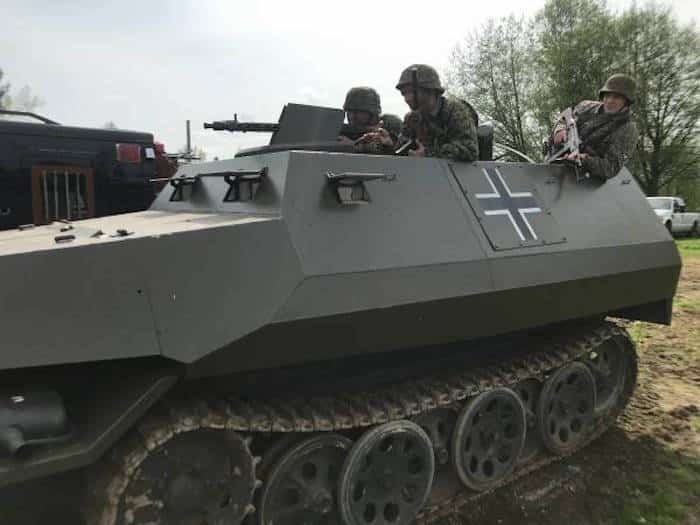 Fleming added that the vehicle is priced in USD because the most likely buyer will be from the United States or overseas, where he originally purchased it.

Bluelight Enterprises Ltd. offers picture car rentals in Vancouver for large and small scale productions. Rentals include everything from jeeps and trucks to heavy armour vehicles to motorcycles. They even have a variety of de-activated machine guns.