The project application is currently under review by the Port of Vancouver, a process likely to wrap up by early next year

A $31-million rail expansion project to add a third track between Port Moody and Burnaby’s Suncor terminal is set to begin construction amid rising concerns over the project’s impact on the surrounding freshwater and marine environments.

The Cascade Capacity Expansion Project involves extending the shoreline embankment in several locations along more than a kilometre of waterfront running west of Port Moody's Reed Point Marina to make room for a parallel track.

Work was last anticipated to begin Dec. 1, with much of the machinery and fill material to be barged in or staged in temporary floating work sites. CP Rail project application documents state the track is necessary to relieve rail congestion between Port Moody and Burnaby — both passenger and freight — and that any damage to adjacent shoreline ecosystems will be offset by two stretches of coast slated for habitat rehabilitation.

But the review process and project itself have raised environmental red flags, both among local eco advocates and from the city of Port Moody, which in a Sept. 10 letter to the port laid out 30 concerns with the project in its current form. 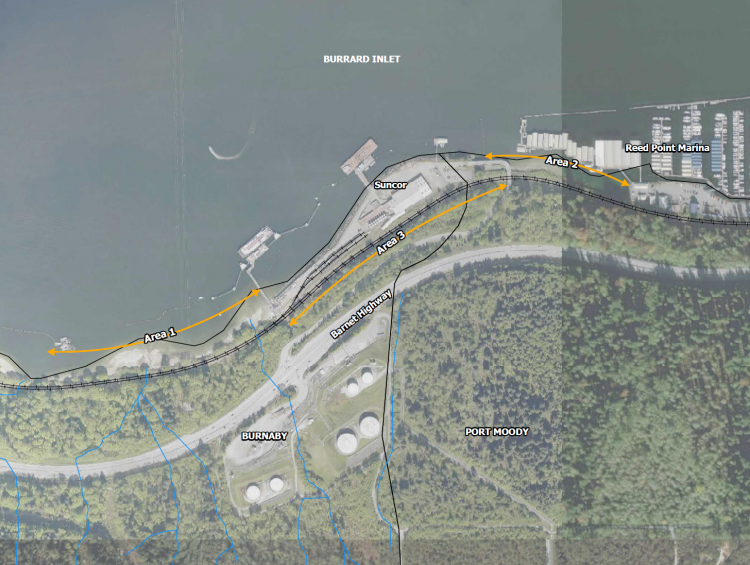 The proposed Cascade Capacity Expansion Project runs about 1,100 metres from Reed Point Marina towards Burnaby, and is slated to add sections of parallel track on the shoreline side of the existing mainland tracks - CP Rail project application

In the letter to the port, city staff made several requests, including further consultation with local environmental groups and the city’s Environmental Protection Committee, a volunteer advisory body tasked with providing advice and recommendations to the city on environmental issues. The letter also questioned why the rail expansion project did not consider measures to adapt to sea level rise as a result of climate change, pointing to a planned rip rap wall — essentially, a wall built from shards of stone — that extended just 30 cm above the current high tide mark. (The provincial government anticipates sea level rise will increase by at least one metre by 2100.)

“There is no consideration of climate change-adaptation measures, and measures to increase the resiliency of the new track to projected impacts of sea level rise. The city is concerned that additional shoreline armouring, resulting in additional habitat loss, may be required to adapt to future sea level rise and other impacts of climate change,” wrote Andre Boel, PoMo's general manager for planning and development.

The Tri-City News sent multiple requests for interviews and comments on the project but a spokesperson for CP Rail said the company had no comment.

Further to the 30 requests made by the city, environmental advocate Melissa Chaun says she’s concerned with the tight timeframe it had to respond voice its concern. The city first received notice of the project in September 2018, but it wasn’t until the end of July that the port authority presented the environmental assessment and project plans to the city.

“That’s not enough time to detail concerns,” said Chaun, who, in the past, has served on the Port Moody Environmental Protection committee and has worked as an ecologist and in environmental oversight throughout the Pacific Northwest for over two decades (she also writes a monthly environmental column for The Tri-City News).

Construction on the Port Moody side of the expansion is slated to occur adjacent to the UBC Open Water Research Station off Reed Point Marina, which does research with sea lions, but project application documents are vague on direct effects to the research facility, and station staff are still trying to understand how the extension of the rail embankment will affect the floating docks 25 metres away.

So when the Vancouver Aquarium said it would be pulling its funding for the facility and quarantining the animals after 16 years of open water living, the news came somewhat as a relief: According to the project’s permit application, strong, low-frequency sounds will accompany the work day and night, seven days a week for two months.

But even with funding up in the air, a group of local volunteers has come together to draw up a business plan and relaunch the facility as the premiere ocean research facility of the Salish Sea. One local Port Moody man has put up $3,000 a month from January to June to cover the facility’s lease. Still, the integrity of the physical infrastructure is uncertain.

In one scenario, the director of the research station, Andrew Trites, said CP told him the company would need to detach the facility and float it to another location so the rail company could bring in a barge to dump fill along the shoreline. The Tri-City News reached out to CP but did not receive a comment and was instead directed back to official documents. 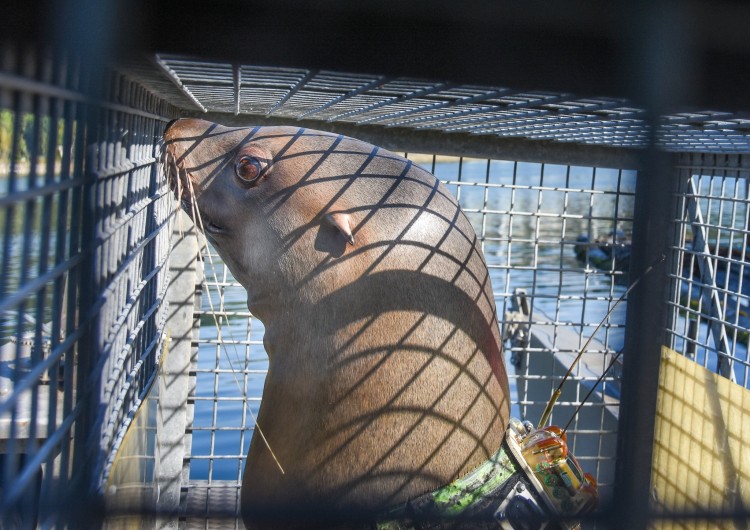 After 16 years at the research station, the four Steller sea lions will be transferred back in to captivity at the Vancouver Aquarium - STEFAN LABBÉ/THE TRI-CITY NEWS

As part of its plan to rehabilitate the shoreline post-construction, CP Rail has designated two shoreline rehabilitation zones on the Burnaby side of the project. But what on the surface may appear to be comprehensive measures to address the environmental impact of the project fails to consider the wider impact of toxic construction materials, according to both Chaun and former teacher, sea captain and environmentalist Rod MacVicar, who was one of the founders of the Mossom Creek Hatchery.

After consulting the Pacific Wildlife Foundation, the Burrard Inlet Maine Enhancement Society and the UBC research station, MacVicar said he is particularly concerned with the decision to use creosote-treated rail ties, which he said are extremely toxic and have the potential to contaminate surrounding waterways and the adjacent shoreline.

MacVicar calculated that along the 1.1-km stretch of track, about 7,500 kg of creosote would be used to treat the wooden railway ties — “a lot of creosote,” he said.

MacVicar said he had recently read more than 1,700 research papers on the use of creosote in the environment, all of which point him to the conclusion that it has the potential to devastate the shoreline.

He told The Tri-City News he fears leached toxins from the ties could end up in nearby spawning grounds for Pacific sand lance, scaring off or killing a key food source for salmon that can make up to nearly half their diet and which MacVicar has documented near Noons Creek Hatchery in Port Moody. 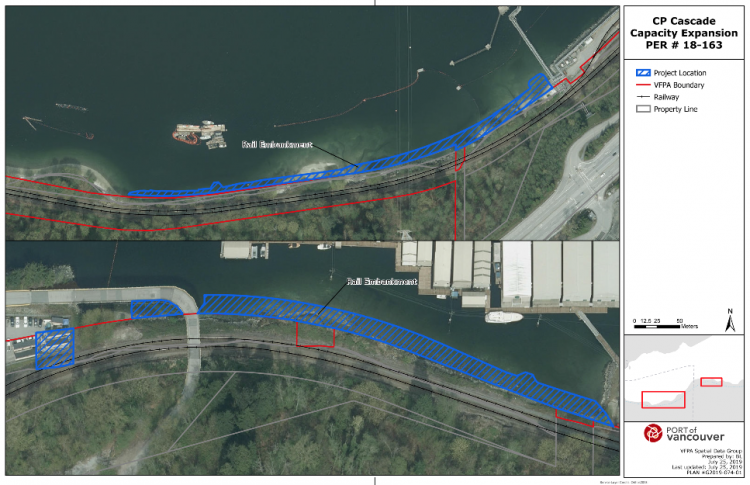 But when MacVicar asked CP Rail in an email why alternative rail ties weren’t being considered, a spokesperson for the company said concrete ties are only used for heavy duty tracks.

“Why not overbuild it?” suggested MacVicar, adding that due to their rigidity, concrete ties reduce rolling friction and lead to significant fuel saving per kilometre, one reason their use has become widespread in the U.S.

“This section of track is nearby the Barnet Marine Park, where children and families play in the sand and swim. This is not hundreds of kilometres out in the prairie wilderness,” MacVicar wrote in one of several emails routed through the port authority to CP.

MacVicar points to CP’s record earnings over the last year — and again in this year’s third quarter — saying it’s time they balance their commitment to profits with a commitment to the environment and towns they run through.

“Here’s this wealthy corporation [and] they’re going to minimum standards, not best practices. And it’s in the harbour, where people are, and it’s in a port trying to make a difference, trying to encourage chinook salmon.”