City of Vancouver asks developer to pay $3.8m for portion of alley

Lane sits between two buildings on Broadway at Granville Street, on key site where PCI Developments is planning Skytrain-linked development

By Naoibh O'Connor, Vancouver Courier | December 9, 2019, 10:48am
The city's director of real estate concluded $3,795,000 is “fair market value” for the portion of lane needed for the development | Photo: Google streetview

In a city where many homes are priced in the multimillion-dollar range, perhaps it’s not surprising the City of Vancouver expects to collect almost $3.8 million for a portion of a lane.

The lane, measuring approximately 213.7 square metres, sits between two buildings on Broadway near Granville Street. PCI Developments is proposing to redevelop the site, which includes 1489 and 1465 West Broadway, into a mixed-use office building. The project will also include one of the stops on the Broadway subway extension. PCI needs the lane between the two buildings to create a consolidated site for the development.

The lane sale goes before council for approval December 10, with city staff recommending the proceeds — $3,795,000 — be credited to the Property Endowment Fund.

Council’s policy is that property declared surplus to city needs are transferred to the Property Endowment Fund (PEF) or are sold with proceeds credited to the PEF, according the December 10 staff report.

“The closure and sale of the lane is essential to the development application and to the multiparty arrangement to ensure the Granville Station head house will be located at the corner of Granville and West Broadway,” the staff report states.

"The closure and sale of the Lane, the dedication of a small portion of the 1465 Lands for Lane purposes, and the consolidation of the remainder of the 1465 Lands, the 1489 Lands and the Lane into a single parcel have been established as prior-to conditions of the development permit."

The report notes that the engineering department determined the lane is surplus to city needs, while the director of real estate concluded $3,795,000 is “fair market value” for the property.

The city told the Courier that determining land value for the lane is based on fair market value using an “at the fence” valuation approach that assumes the lane will be consolidated with the adjacent zoned lands that have development rights.

A road closure fee of $10,460 will also be charged. The sale will close following council's approval, if granted. 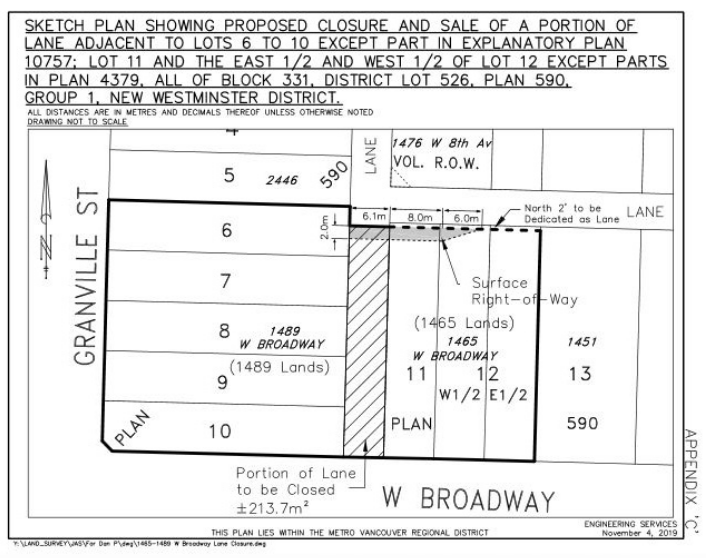 The company’s application is for a five-storey mixed-use building with a subway entrance, and six storeys of below-grade parking.

Details of the plan, including the time it takes to complete the project, may change.

A higher form of development may be considered for the site once the Broadway Plan is completed, which is why PCI's current development permit application includes so much parking. The application requires decisions by both the Development Permit Board and the Director of Planning.

Once the Broadway Plan is completed, PCI will amend its development plans to suit the plan’s outcome. 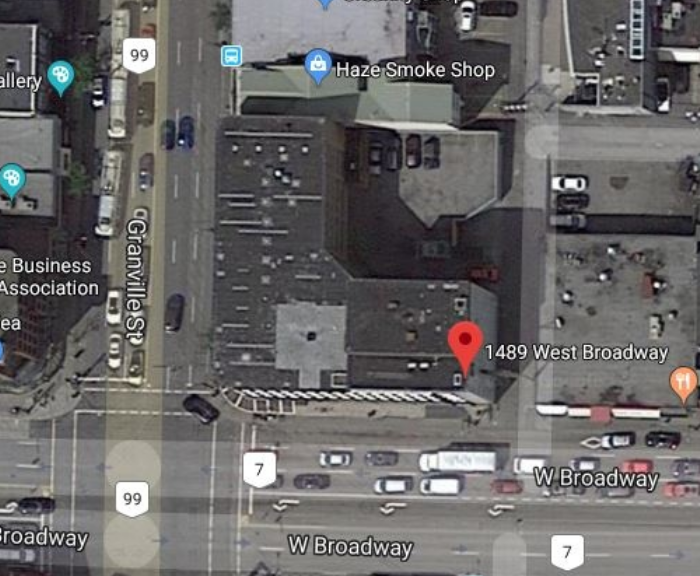