By Glen Korstrom | December 4, 2019, 8:08am
Canada Jetlines CEO Stan Gadek left the airline in 2018 to return to his consulting company | Chung Chow

Starting in 2012, executives at the aspiring ultra-low-cost carrier (ULCC) have staggered between setbacks while struggling to secure financing for a capital-intensive takeoff.

The venture suffered bad timing as well as what significant shareholders allege was corporate scheming by a competitor – actions that prompted Jetlines to launch a lawsuit seeking US$27 million in compensation. Through it all, Jetlines’ executives have kept an optimistic face despite serious logistical hurdles.

The saga began seven years ago when CEO Jim Scott – now the CEO at Flair Airlines – became interested in ultra-low-cost carriers, which have low base fares but charge passengers for checked bags, carry-ons and other extras.

“We did a feasibility study on whether there could be a third airline in Canada to service the [ULCC] market,” Scott told Business in Vancouver on November 25. “Canada Jetlines was built out of that.”

He and others, such as vice-president of strategic planning Dix Lawson and chief commercial officer David Solloway, who later became president, drafted a proposal for investors by late 2013 and launched a seed-financing round that ended that December. They began with the goal of $1 million, but they raised $4 million – a great start.

They bumped the offering price and launched a second financing round, aiming to raise $25 million in 2014.

Solloway told BIV that the team secured $18 million of that goal but that the commitments to provide capital were contingent on Jetlines raising $25 million. When that objective failed, all the promised capital fell through.

“The price of oil tumbled – it was terrible,” Solloway said. “Most of the Canadian investors and private bankers, all the funds, etc., were all heavily invested in Canadian resources. They saw half of their wealth disappear. That was the big blow to Jetlines.” 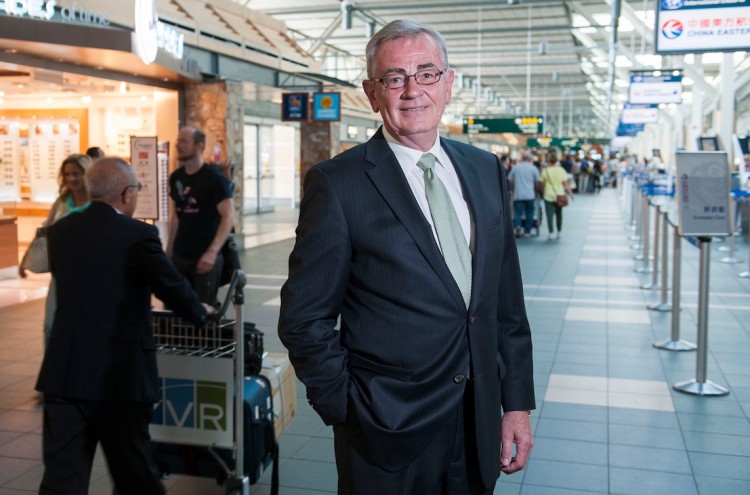 During this time, Jetlines executives thought they had found a partner in the TSX Venture Exchange-listed capital pool Inovent Capital Inc. (TSX-V:IVQ.P). The idea was that Inovent would help the airline go public via a reverse takeover and raise $50 million.

They needed to go public because potential investors demanded the security of liquid public markets so they would have an exit strategy, Solloway said.

But relations with Inovent soured, prompting Jetlines to scrap its public offering. Inovent sued Jetlines and settled out of court.

The King and Bay days

Jetlines found a partner in the Vancouver-based King & Bay merchant bank, which controlled the shell company Jet Metal Corp. – a venture that came with the propitious JET ticker symbol on the TSX Venture Exchange.

“I quite frankly didn’t like them, simply for the fact that there was no aviation experience whatsoever there,” Solloway told BIV on November 25.

Solloway left in early 2016 to tend to his mother, who was fighting cancer, and Jetlines launched a reverse takeover with Jet Metal.

The transaction was completed in February 2017, making Jetlines a wholly owned subsidiary of Jet Metal. It brought in King & Bay’s chairman and CEO, Mark Morabito, as a major shareholder.

Scott remained CEO but his days were numbered.

“New ownership came in,” he explained to BIV. “We thought it was a good idea between the two of us [that I leave in mid-2016].”

Morabito was clearly in charge, but he wanted to bring in someone who had aviation experience to run the company and serve as its public face.

He found Stan Gadek – a serial airline executive whom Morabito liked because Gadek had been instrumental in a five-year turnaround at Sun Country Airlines.

Gadek joined Jetlines’ board in early 2017, and became its CEO six months later.

“His experience in aircraft leasing, customer service, cost management, financial planning and strategic decision-making will be invaluable to the execution of the Jetlines business plan,” Morabito said of Gadek at the time.

Gadek lasted as CEO for about a year and then departed to return to his consulting compay, TreadStohne Group. He did not respond to BIV’s request for an interview, but Morabito said the departure was for personal reasons.

In mid-2018, Morabito found Lukas Johnson to take Jetlines’ reins, and he issued press releases that touted Johnson as taking on “progressively senior roles over an eight-year span with Allegiant Travel Co. [Nasdaq:ALGT], a leading ultra-low-cost carrier in the U.S., most recently as senior vice-president, commercial.” 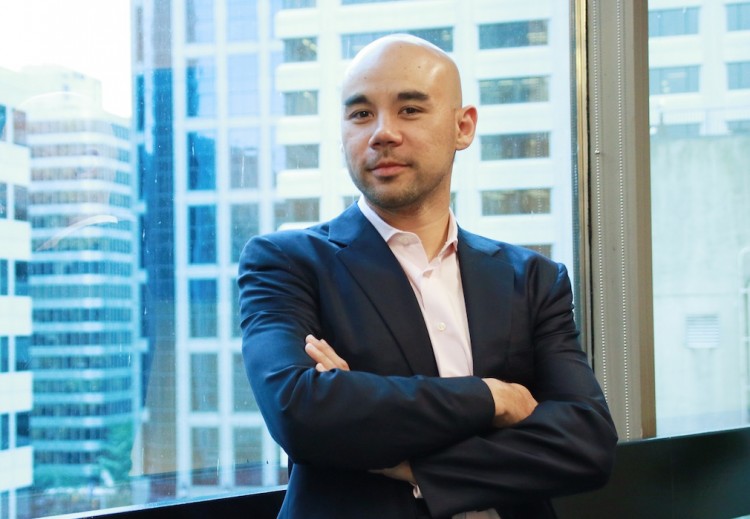 (Image: Lukas Johnson was CEO of Canada Jetlines for a few months in 2018 | Rob Kruyt)

Jetlines alleges that, on July 27, 2018, Johnson went to Connecticut to have dinner with former WestJet (TSX:WJA) co-founder and serial airline entrepreneur David Neeleman and possibly others who were involved in a plan to launch Moxy, the working name for a new low-cost carrier.

Johnson is then alleged to have secretly signed a non-disclosure contract with Moxy and advised Neeleman on airline specifics, such as the economics and interior configurations of Airbus (EPA:AIR) aircraft that Moxy would buy and run.

The lawsuit claims that, had Jetlines’ representatives known that Johnson was mixed up with Moxy, it would have “pre-empted” any further involvement.

Instead, it alleges, Neeleman and others at Moxy continued to “suborn Johnson’s rendition of illicit services to their nascent airline venture.”

Johnson, who told BIV in July that he had acquired a $700,000 stake in the airline, quit Jetlines in late August 2018, and went to work for Neeleman, according to the lawsuit.

Neeleman then phoned an unnamed bank that Jetlines was counting on to lend it approximately $100 million, and he told the bank that he had hired Jetlines’ CEO, Jetlines alleges.

The bank in question terminated its financing agreement with Jetlines on December 8, 2018, according to the lawsuit.

This was not, however, a fatal blow to Jetlines. 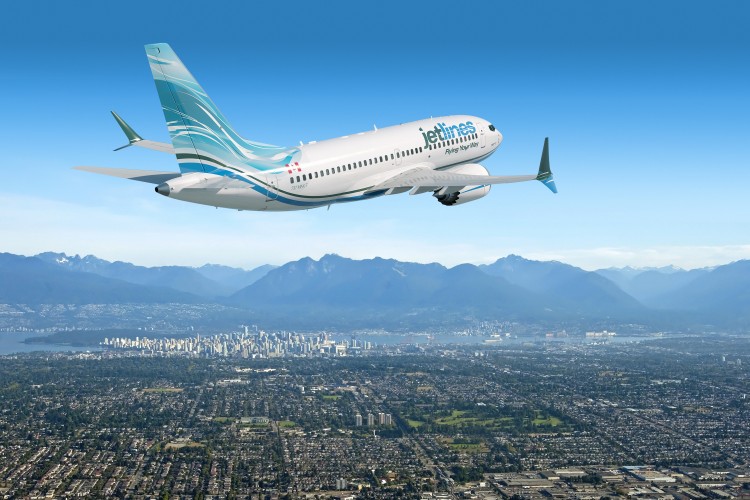 It told investors that it struck a deal to partner with SmartLynx Airlines SIA to lease two Airbus A320 planes that would be delivered in the fall, in time for a launch in December.

That partnership involved a $15 million financing.

Jetlines said that it had a separate partnership with a Korean fund, led by InHarv Partners Ltd., to provide up to $14 million.

When Jetlines failed to secure an additional $40 million, however, SmartLynx and InHarv bailed out, leaving Jetlines unable to pay further deposits to get its first two Airbus A320 planes, which it had expected to receive in November.

The company said in November that it would not announce any future flight launch until it had secured new funding. It also laid off staff and accepted Suarez' resignation. The company's share price plummeted to $0.05, down more than 96% from its all-time-high close of $1.42 on March 13, 2018.

Solloway told BIV that he has heard something is in the works and that Jetlines may have a new lease on life, but he said he did not know details.

He plans to more than double Flair's fleet to 15 planes and shift to larger aircraft by the end of 2021 – underscoring his belief that the ULCC market in Canada has room to grow.

His only competitor currently in the air in Canada is the WestJet subsidiary Swoop.

Johnson declined to comment on the lawsuit, telling BIV he did not want to respond because the case is before the court.•