This article was originally published in BIV Magazine's January 2020 issue.

It’s dark and drizzly when his driver pulls up outside of Business in Vancouver’s offices in a luxury black sedan. Wilson waves from the back seat. It’s just past 6:30 a.m.

We are on our way to Mother Nature’s Stairmaster, where Wilson has started hundreds if not thousands of mornings over the last decade and a half. He figures his first time tackling the Grouse Grind was around 1986 with Dr. Hal Gunn, now founder and CEO of Burnaby-based Qu Biologics Inc. They made a point of going up the mountain maybe three times a year.

“That was considered radical at the time,” says Wilson, who can now be found scaling the Grind’s 2,830 stairs as often as four times a week.

Sometimes, the 2.9-kilometre ascent is an informal mentorship forum for entrepreneurs – provided they’re willing to put in the sweat equity to earn their 75 minutes with Canada’s ninth-richest person. Mostly, it’s a social exercise mixed with a little bit of business.

“I’m not much of a golfer,” Wilson explains. “You know, to be able to do a little business and to be out here. I mean, I think people would pay $5,000 anywhere in the world to have the opportunity to do it. And yet here it is.

“It’s one of the most beautiful things in the world, the Grind.”

Wilson, who stepped down from Lululemon’s board of directors in 2015, has been retired for close to 40 years – or since he was 25 years old. If you love what you do, he says with a smile, you never work a day in your life.

It is, by all accounts, a highly active retirement.

“Not many people know this but I bought … with a Chinese partner this company Amer,” Wilson explains between deep breaths as we climb higher and higher above the North Shore on a cold November morning.

Wilson is sporting Salomon shoes, which splash through the puddles and mini waterfalls forming along parts of the Grind. He’s also wearing Arc’teryx. Both brands are owned by the Finland-based sporting goods conglomerate Amer Sports Oyj, which was acquired and taken private by a group of investors in the first half of 2019.

Wilson says he was looking into acquiring Amer on his own when he learned that Anta Sports Products Ltd. was also exploring a deal. 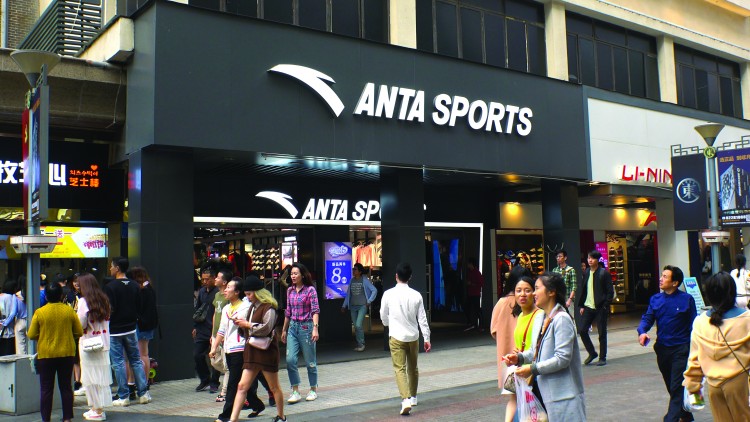 Anta is big. It’s the largest sportswear company in the world’s second-largest economy. It owns a number of sportswear brands, including Fila’s business in China, which has nearly 1,800 stores on the mainland and in Hong Kong, Macau and Singapore. The company also has more than 10,200 Anta stores in mainland China – a domestic footprint that is almost nine times greater than Nike Inc.’s global store count.

“I looked into it and it was like a dream come true,” says Wilson. “I phoned them up and said, ‘I don’t want to compete against you so why don’t we do this together?’”

Wilson contributed 550 million euros in equity (around C$807 million) for a 20.65% stake in the joint venture that acquired Amer. Anta took a 57.95% stake in the 5.7-billion-euro debt-and-equity deal, which is worth roughly C$8.3 billion.

The private equity firm FountainVest Partners owns the remaining 21.4% stake, through which Tencent Holdings Ltd. – the creator of WeChat – indirectly owns 5.63% of the venture that now owns Amer.

“It’s taking up a lot of my mind share,” reflects the billionaire, who also paid HK$778 million (approximately $131 million) last year for a 0.59% slice of Anta’s issued share capital. He currently serves as an adviser to the company’s board.

“Clothing. They don’t know how to do it,” he explains. “Customers aren’t buying clothing that matches the quality of their equipment.”

Success for him is having Amer own four of the premier direct-to-consumer clothing brands in the world.

With Anta, success is going global.

Wilson offers up a piece of business advice he gives entrepreneurs keen enough to join him on early-morning hikes up the Grind.

“You have to go to sleep at night wondering about it,” he says.

“To lead a company to the future, a lot of things have to be broken.” 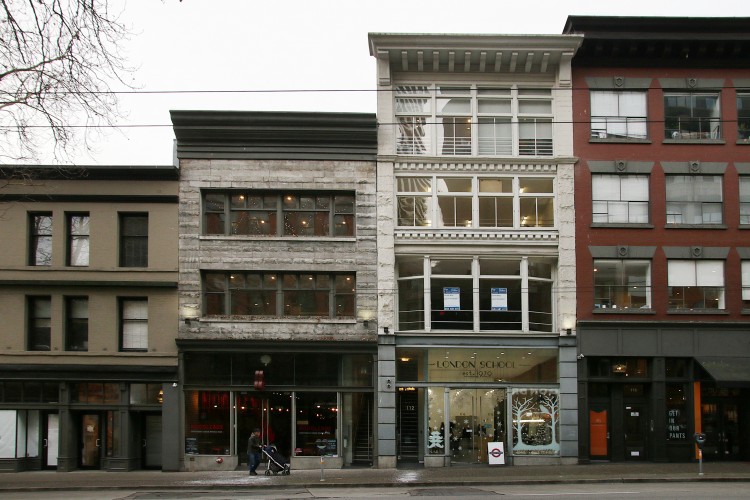 Wilson doesn’t spend much time thinking about Lululemon, which he founded just over 20 years ago. The “unauthorized” account about the company’s creation, successes and challenges is comprehensively documented in his book Little Black Stretchy Pants, first published in 2018. An updated version – Story of Lululemon by the Founder: Chip Wilson – was released in 2019.

Instead, Wilson is focused on applying hard-earned lessons from decades in apparel to the “much, much larger” global technical apparel market. He estimates his work related to Amer takes up about 30% of his time.

About an hour every two weeks is spent on Low Tide Properties, which is where we head to dry off after the Grind. We camp out in an office primarily used by Wilson’s wife, Shannon. It looks out toward the North Shore, past the trains, planes and automobiles clustered around Vancouver’s industrial waterfront. Wilson says he once counted more than two dozen modes of transportation from his window.

“The view is just spectacular,” says Wilson. “So it’s wonderful to come to work. And then, of course, my house is pretty nice too,” he adds with a chuckle.

Privately held Low Tide Properties has invested in some 27 locations in Vancouver, including a more than 46,000-square-foot industrial building along Grandview Highway, a nearly 77,000-square-foot office space in Kitsilano and seven office and retail buildings in the Gastown area.

We walk by some of them on our way to Nelson the Seagull for cappuccinos. There, Wilson has a meeting with a representative from the British Columbia Liberal Party. He has no ambitions to run for office, but the party is interested in his thoughts on its direction. He also assumes financing is a likely part of the discussion.

Every couple of weeks, Wilson checks in with his team at Low Tide, which has a staff of around 30 and recently expanded to Seattle. A couple of hours south of the border, the company is in the process of renewing an older building that sits right across from Amazon.

Posted on a wall in Low Tide’s kitchen area are the 2019, five-year and 10-year goals of the company’s employees. Last year, Wilson vowed to walk 21 days on the El Camino trail in Spain and Portugal, which he did with his family.

They also have a major philanthropic initiative planned.

“We’ve been kind of holding back because we have a really, really big thing that we’re doing and we’ve been working on it for a couple years. So it kind of looks like as a family we haven’t been doing very much,” explains Wilson, who was honoured in October by the U.S.-based Atlas Society at its third annual fundraising gala in New York.

He credits Ayn Rand’s book Atlas Shrugged for his first significant introduction to the idea of elevating the world from mediocrity to greatness – an idea cited often in Wilson’s book.

We pull into the sleek concrete garage under Wilson’s $73 million Point Grey home – the kind of garage that features art on the walls. The home itself could be a gallery, its showpiece an unobstructed multimillion-dollar view of English Bay and Burrard Inlet.

It’s also home, with an entryway filled with shoes and jackets and backpacks just like any other household. Wilson’s three youngest children are still in high school, and yes, even billionaires pick their kids up from school.

“If you don’t get them in the car and talk to them you don’t really get to talk to them,” Wilson says with a laugh. He says he spends part of his time figuring out how best to be there for his children – he has five in total – and on legacy planning. He has a team of advisers for that who join the family on retreats. Wilson brought in a world-class expert on negotiation and decision-making to address the group on the last one.

There are two meetings scheduled before Wilson leaves to pick up his kids from school. The first is with the architectural team helping the Wilsons expand on their Sunshine Coast property and think through their entertaining and family reunion needs.

The second is with a Canadian filmmaker and an executive from Netflix to explore a potential documentary or series about Wilson’s story and the story of Lululemon.

“I picked up the book and just finished it in two days, I think,” notes one of the guests. “This is a really fascinating story that I think has huge marketability.

“It’s very helpful that you never really had your chance to tell your side of the story,” he adds. “That’s compelling for a documentary.”

This article was originally published in the January 2020 issue of BIV Magazine, which profiles a notable B.C. leader each month. The digital magazine can be read in full here.