A significant boost to residential development along Fraser Highway is expected to coincide with the planned phased construction of the $3.13 billion Surrey-Langley SkyTrain extension, according to a business case approved by Metro Vancouver mayors Thursday.

The Mayor’s Council endorsed the business case, which was not disclosed in full to the public, prior to it receiving full funding and approval from senior levels of government. As it stands, only $1.63 billion has been allocated to the first phase of the extension, which will extend the SkyTrain Expo Line seven kilometres down Fraser Highway, from King George Station, nearby Surrey City Centre. Another nine-kilometre, four-station second phase extension to Langley will need $1.5 billion.

“Through this agreement, the City of Surrey is committing that new and updated land use plans will incorporate land uses, densities and forms of residential tenure which result in planned population and job growth that exceeds the population and job projections,” stated the business case summary.

In late 2018, the SkyTrain project replaced a more advanced plan for a $1.6 billion light-rail line between Guildford and Newton, at the request of a newly elected Surrey council.

“The switch in technology from light rail to SkyTrain is no easy feat, but this is undoubtedly the right thing to do not only for Surrey, but for the region as a whole,” said Surrey Mayor Doug McCallum via a statement. “Since its introduction for Expo 86, SkyTrain has been a swift, reliable and accessible platform to move people in the Lower Mainland.” 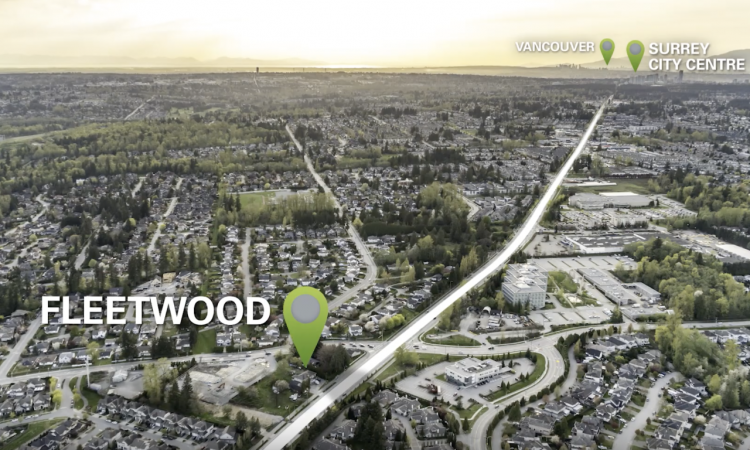 The city is now in the process of updating five area plans to become “SkyTrain-supportive land use plans.”

The city intends to increase populations within an 800-metre radius of each new station by about 50%.

TransLink, the region’s transportation authority, is leading the construction contract procurement over the next year. Construction is expected to begin in 2022 with the line running by 2025. The line is expected to provide 62,000 weekday boardings in 2035. The capacity will be 6,800 passengers per hour, per direction, with trains departing “every few minutes,” according to the summary document. 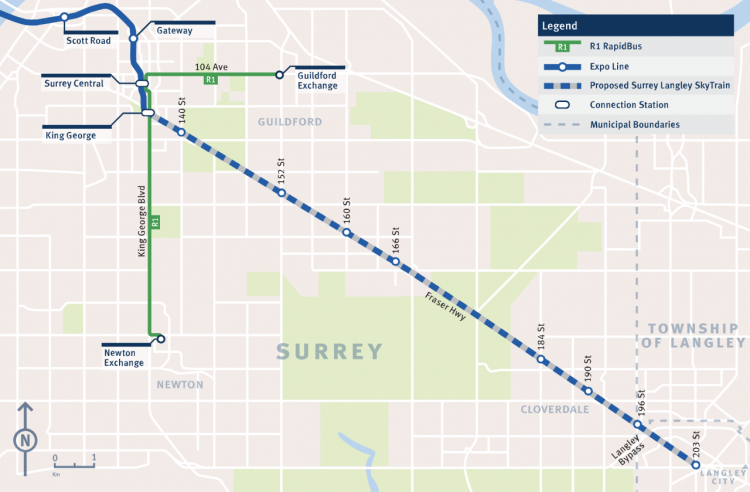