By Graeme Wood | January 10, 2020, 2:09pm
The waterfront home at 2854 Bellevue Avenue, West Vancouver was purchased by realtor Lisa Jackson and her father Ken Tollstam in November 2018. This is one of three of Tollstam’s properties that had charges released against them last October, according to court filings. It is not stated why some freeze orders and property charges were lifted by the B.C. Securities Commission, which continues to investigate a large group of purported consultants, including Tollstam, for an alleged illegal share distribution and consulting contract scheme.

The BC Securities Commission has lifted a freeze on over $11 million in cash and securities as well as property valued at roughly $35.7 million, returning those assets to a number of purported business consultants who are subjects of a fraud investigation and respondents to a notice of hearing.

Court documents filed in December by the commission outline how the province’s capital markets regulator revoked or varied a number of freeze orders against bank and brokerage accounts and charges against multimillion-dollar properties last October.

Many hearing respondents, referred to as the “Bridgemark Group,” are challenging the freeze orders on constitutional grounds. The court filings are a step for the commission and the B.C. Attorney General’s office to request a BC Supreme Court judge rule on the Securities Act’s ability to freeze assets of those who are subject to an investigation.

More than two dozen stock promoters and business professionals, including numerous licensed accountants, are alleged to have potentially committed conduct abusive to the capital markets. The commission has proved nothing in front of a hearing panel and temporary trade orders (that entail limited restrictions to trading on the Canadian Securities Exchange) against most of the respondents are in place until May 27.

Among the hearing respondents to have all his accounts and three properties unfrozen is Albert Kenneth Tollstam, who retired as city manager of the City of North Vancouver in summer 2018, months before the commission issued the notice of hearing.

Tollstam’s properties make up the majority of property assets that have had their charges lifted. Tollstam moonlighted as a penny-stock promoter while managing the city since 2014. He co-owns a waterfront West Vancouver mansion on Bellevue Avenue now valued at $13 million. Tollstam and his daughter Lisa Jackson bought the property, valued last year at $14.5 million,  in November 2018 for $15,888,888.

Tollstam also owns properties in North Vancouver and Port Moody, according to the property registry.

Tollstam’s son-in-law, Ryan Venier, had charges against one of three of his properties lifted in October. Among the Abbotsford dentist’s properties is a $5.7 million West Vancouver waterfront property on Radcliffe Avenue. 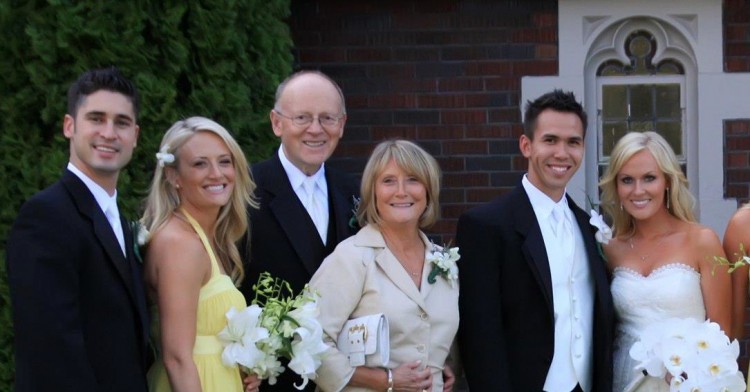 The freeze has been lifted from Tollstam and Venier’s bank and brokerage accounts.

Reasons for revoking the freeze orders are not provided and the commission does not speak to specifics of investigations.

At least one respondent appears to have quickly sold her property after a charge was lifted.

Denise Trainor, wife of convicted fraudster Aly Babu Mawji, had one property registered to her name released on November 12, 2019, according to filings. A Sechelt property Trainor paid close to $1.6 million for, in August 2018, was sold on November 29, 2019 for $1.2 million, according to property records.

Trainor and Mawji’s residence was also sold last August. Realtor Wilson Su, an investigation subject, had listed the house on 3rd Street in West Vancouver last February. Property records show it sold for $1.9 million in August. The property had been purchased (sold by Lisa Jackson, a realtor) in October 2018 for $2.8 million by a numbered company directed by a Michael Ivison, Mawji’s Facebook friend and resident of Coquitlam, where Mawji has personal ties. Years after Mawji’s conviction in Germany the BCSC is now seeking to ban Mawji from all transactions related to securities.

The BCSC notice of hearing states Mawji worked for Northwest Marketing and Management Inc., which is among several respondents that have not had their properties or accounts unfrozen.

Mawji’s associate and respondent Justin Liu has two properties frozen in addition to 11 brokerage accounts and one bank account.

Tollstam’s son-in-law, Anthony Jackson, has had 18 brokerage accounts frozen, the most of any respondent. He’s also had the commission register charges against one property. Jackson’s company BridgeMark Financial Corp. has one account frozen.

Jackson’s sister Tara Haddad was another person who had a property and brokerage accounts unfrozen. The land registry shows Haddad’s name registered to two properties in Whistler and one on Erwin Drive, which she purchased for $9.2 million on Jan.8, 2016. Court filings state only one (undisclosed) property has been unfrozen. A brokerage account for Haddad’s company Saiya Capital Corp. remains frozen. Her husband and co-respondent Abeir Haddad was allowed to release money from six of his brokerage accounts last September.

It is not stated how much equity is tied up in all of these properties.

The BCSC is investigating alleged phoney consulting contracts and illegal share distributions by low-value issuers on the Canadian Securities Exchange dating back to January 2018. It’s alleged the consultants collectively bought millions of dollars worth of newly issued shares of the companies via private placements while simultaneously being awarded extravagant consulting contracts. The alleged scheme saw the shares being quickly sold to retail investors and no actual or meaningful consulting work being done.

Last spring, 33 of the respondents challenged the freeze orders, deeming section 151 of the Securities Act to be an unjustifiable infringement of section 8 of the Canadian Charter of Rights and Freedoms, which guarantees everyone the right to be “secure against unreasonable search and seizure.”

Property charges and freeze orders under the Securities Act are not made public, according to a commission spokesperson, but their existence in this case was revealed in a BCSC judicial panel decision published on July 16.

While the decision related to a procedural matter, the panel noted that the court is to determine the constitutionality of the freeze orders.

The commission could use frozen assets to pay any future penalties or restitution, which more often than not go unpaid.

German summarized that “assets are often moved outside a jurisdiction in order to frustrate authorities, intent on recovering them.”

“Due to the reality of modern technology and instantaneous securities transactions, asset freeze orders are more important than ever,” wrote Puri.

Freeze orders, wrote Puri, “can be used in the early stages of an investigation, before the money can be moved offshore or hidden.

“The recovered funds can then be returned to the victims under a court-ordered receivership process.”

She noted the BCSC has collected only about 4 % of outstanding sanctions since 1995. By contrast, the U.S. Securities and Exchange Commission has a collection rate of 55 % on $20 billion from 2014-2018.

“For this reason, asset freeze orders are an extremely important measure that prevents asset dissipation, increases the possibility of collection and creates some confidence for harmed investors that they will be able to recuperate at least some of the funds that they have lost,” Puri asserted.