It was September 1920, when the Vancouver Motor Dealers’ Association decided to show off the must-have cars and trucks of the day at the Pacific National Exhibition.

Looking at black and white photos from those early days, it’s obvious some effort was made to showcase the vehicles at their best. Potted and hanging ferns were set out amongst the cars and trucks in what was likely an attempt to spruce up the building, often used to showcase farm animals. 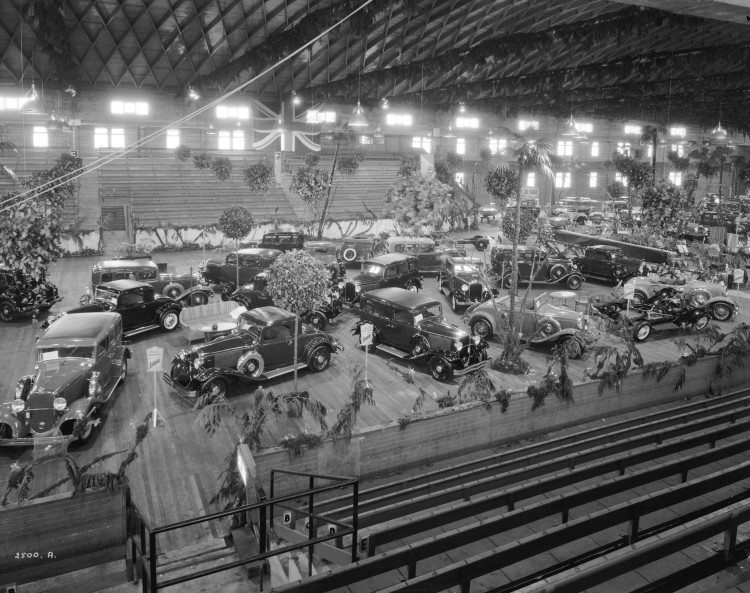 This year marks the 100th anniversary of what today is known as the Vancouver International Auto Show and to celebrate, a procession of unique vehicles will parade through downtown Vancouver March 25.

“Starting in Vancouver’s Crab Park, travelling through Vancouver and arriving at the Vancouver Convention Centre, will be a special procession or mini-parade of 20-plus vehicles to showcase the length of time the show has existed and to celebrate the wide range of design aesthetics, technology and flare that have been offered over the last 10 decades,” Jason Heard, executive director of the Vancouver International Auto Show, told the Courier in an email.

He added the procession starts at 11 a.m. and will arrive at the Vancouver Convention Centre at 11:30 a.m. with honorary chairman and grand marshal of the procession, Jimmy Pattison, in the lead car to help kick off the opening ceremonies. Heard noted each of the 20 vehicles will be parked on the Pacific Terrace and displayed for the remainder of the show, which is presented by the New Car Dealers Association of B.C. (NCDA).

“It’s where our company began back in 1961,” said Pattison. “Today, the automotive industry remains the heart of our organization.”

Jeff Hall, chairman of the NCDA’s board of directors, said it’s an honour to have Pattison, “one of the most impactful contributors to the sector in Canada,” act as honorary chairman and grand marshal. He noted the procession will include vehicles that represent each decade of the Vancouver Auto Show. 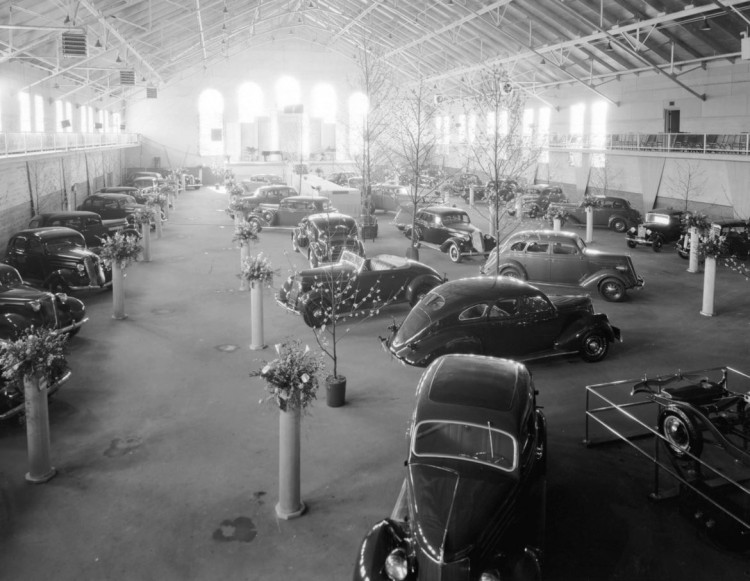 In 1936, the Vancouver Auto Show was held at the Seaforth Armoury. Photo Vancouver International Auto Show

In a press release, the NCDA detailed how the history of the automobile in British Columbia provides a road map for the development of communities throughout the province.

“Just as the arrival of train travel allowed cities to grow, the personal automobile has helped British Columbia to become far more than a port gateway,” reads the release. “B.C. is one of the best places to live in the world and our love affair with the automobile can be seen throughout this amazing province with long-standing dealer retail outlets selling a variety of brands for over 100 years!”

It’s also noted that the annual auto show has always been a showcase for new technology so this year’s event will not only reflect B.C.’s rich automobile history, but also showcase what’s next for the industry.

“We’re looking forward to welcoming auto enthusiasts from across British Columbia and the Northwest to the 2020 event,” said Blair Qualey, president and CEO of NCDA. “Planning for the 100th event started more than a year ago, and we’re excited to showcase many special vehicles, activations and displays that will be part of the 2020 event.”

Other highlights of the 2020 show will include a special invitational Concourse-style showcase, which will include more than fifty specialty vehicles — some never previously displayed, as well as the Look to The Future display, showcasing emerging and advanced technology options for consumers.

As well, on opening day Roger Penske will help celebrate the 100th anniversary. Penske, a former race car driver, formed his own race team in 1966. Team Penske has been winning ever since, with more than 540 all-time race wins — including a record 18 Indianapolis 500 victories and 37 national championships.

Penske was inducted into the Automotive Hall of Fame (2015) and the NASCAR Hall of Fame (2019) and was presented with the Presidential Medal of Freedom last year — the highest civilian honour awarded in the United States.

Two of Team Penske’s most recent winning race cars will also be featured at the show — the Dallara/Chevrolet driven by Josef Newgarden in the 2019 IndyCar Series Championship and the 2018 Indianapolis 500 winning car, which was driven by Will Power.