Panic buying and supply-chain disruption could cause product shortages

By Glen Korstrom | March 3, 2020, 8:08am
Sauder School of Business professor Mahesh Nagarajan believes the effects of COVID-19 are more unpredictable than are the protests that have recently shut down the Port of Vancouver | Chung Chow

Vancouver retailers are bracing for supply shortages as the COVID-19 virus continues to slow production in China, and the Port of Vancouver and railway lines face disruption from protests over the Coastal GasLink pipeline.

One, the protest movement in Canada, “is more controllable and manageable and is something that is prone to dialogue and mediation,” Nagarajan said. “The other, related to COVID-19, is completely unpredictable – but they both have similar effects.”

Effects from blockades that prevent goods from freely flowing have yet to hit most Metro Vancouver stores. Nagarajan said goods will undoubtedly be stuck in transit on freighters, resulting in some empty shelves, but he doubts that retailers will suddenly raise prices.

Perishable goods shortages are likely to happen first because, by definition, retailers cannot stockpile those products.

First comes panic buying and hoarding. Local retailers have struggled to keep hand sanitizer and face masks in stock since early January, when reports started circulating about the disease. COVID-19 has killed at least 2,810 people worldwide and infected at least 82,756 people, according to the Johns Hopkins University Whiting School of Engineering.

Even antiseptics such as rubbing alcohol have been out of stock at many London Drugs stores in recent weeks. 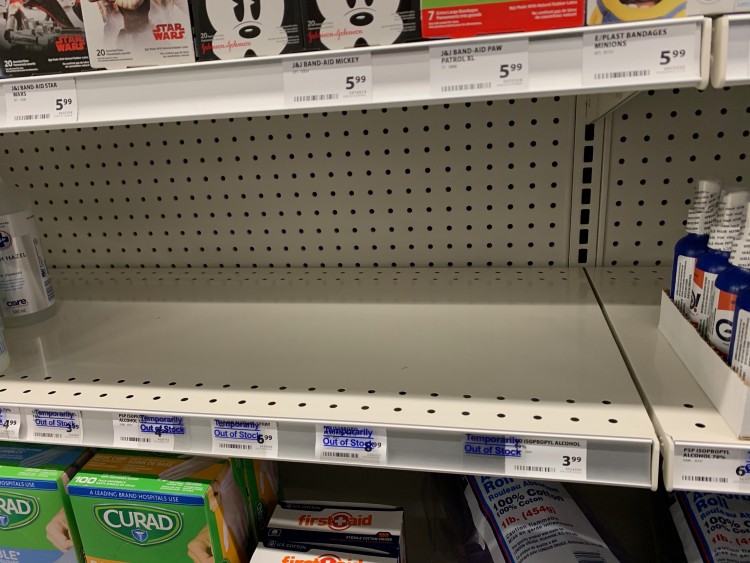 Many Vancouverites then, during the February 29 and March 1 weekend, sent images and posts on social media platforms to show that retailers were doing a brisk business in supplies such as grocery staples and toilet paper, and to suggest that people could be preparing for COVID-19.

If the number of cases in B.C. (currently eight) continues to rise, or concern about the virus ramps up given that in neighbouring Washington State there were six deaths and 18 reported cases as of March 2, the retail trend in the province could mirror what happened in Hong Kong in January, when the virus first started to be detected in that region.

Hong Kong's Census and Statistics Department released data on March 2 to show that its retail sales fell 21% in January, compared to January 2019, but grocery sales during the month were up 10.2%.

Demand for consumer staples in Hong Kong then led to shortages and spurred incidents such as one in mid-February in which a knife-wielding man robbed a delivery driver of hundreds of rolls of toilet paper.

B.C.'s provincial health officer Bonnie Henry on February 29 told media that she did not think that B.C. was yet at a point where people need to rush out to stockpile and hoard things. And Tam, on a March 2 call with media, moderated her remarks by saying that "Canadians have time to be prepared."

Time will tell if that is enough to stem panic purchases.

Nagarajan said surgical masks are likely to be in short supply not only because of hoarding, but also because quarantines have likely shut some Chinese factories that produce the masks.

“If we don’t quickly come up with an alternative source of surgical masks, we’re going to have surgeries getting cancelled,” he said. “That’s a nightmare.”

Vancouver-based clothing retailers appear to be spared from supply-chain glitches so far. 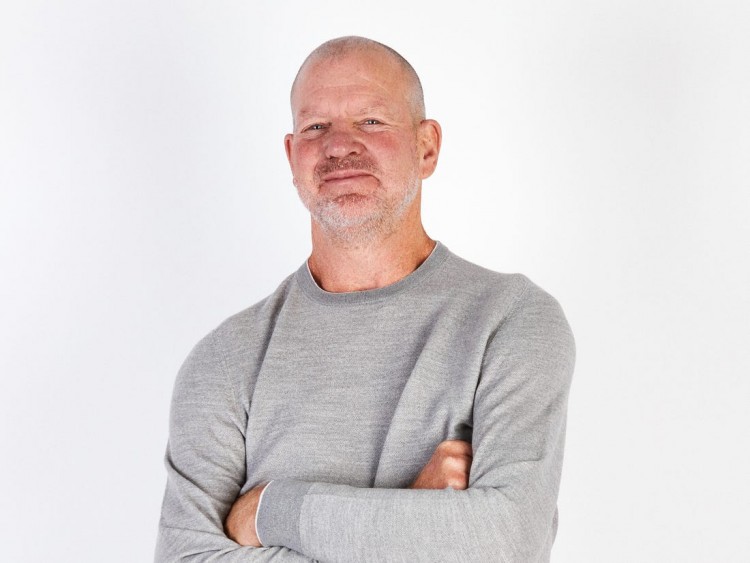 “Nobody’s in any kind of desperate situation from a retail point of view over here,” he said. “I expect [the retail apparel sector] will see a shortage of product for August through October 2020.”

Most companies, including Lululemon, have shifted production out of China and into other countries, such as Vietnam, Cambodia and Bangladesh, Wilson added.

“I suspect most companies have 20% to 30% of production in China but I bet China production will start being for China retailing, and not exported,” Wilson said.

Lululemon sources fabric from 28 countries and has 64 active cut-and-sew facilities in at least 15 countries, according to its website. The company closed all 38 of its Chinese stores by February 3, but has since opened some on a reduced schedule.

“Despite the current disruption to our growing business in China, we remain confident in the long-term opportunities this market holds for Lululemon,” CEO Calvin McDonald said in a statement.

Wilson’s son, JJ Wilson, who is a principal at Ride Cycle Club, told BIV that he does not expect any product shortages because his clothing is not seasonal and can be stockpiled.

“Sampling and prototyping is now starting to be delayed so I can only assume this will delay future bulk production at one point,” he said. “If I were a wholesale retailer, I’d be more worried as I would assume the brands I buy would prioritize their own stores and digital sites to maximize margins,” he said.

Aritzia similarly has factories in China, according to Panjiva S&P Global Market Intelligence, but Aritzia told BIV in an email that its executives “aren’t able to speak to our internal operations at this time.” •