Many businesses have adopted open-concept offices to cultivate a sense of culture and co-operation.

This is especially the case in the video game industry, where studios often come complete with motorized scooters, foosball tables, gaming rooms, bars and retro arcades. But how do you maintain that sense of camaraderie and community when staff are isolated from their peers and colleagues?

At a glance, Vancouver-based video game studio Phoenix Labs appears to have mastered the transition of its open-concept environment to an at-home workforce.

Behind the scenes there’s a lot of work that goes into making it a success.

“Healthy cultures aren’t something that just happen,” said Jeanne-Marie Owens, vice-president of operations and “nerdherder” at Phoenix Labs. “If you want your culture to be healthy you have to pay attention to it, you have to care for it, you have to guide good behaviours and curb out bad behaviours.

Owens said the company has created a virtual open-concept environment across its entire operation of 115 employees.

To help make this happen, Phoenix Labs has created several online communities within its organization, ensuring numerous contact points throughout the day. These aren’t just group chats about daily tasks; they are whole online threads dedicated to conversations that could include tips on handling parenthood during isolation to sharing pictures of food or family pets.

Colleagues are even managing to exercise together, said the company’s director of marketing, Nick Clifford.

When everyone was working at the Vancouver office, the staff had a 3 p.m. exercise period when they would get away from their desks to stay active. Rather than lose that part of its daily ritual and company culture, Phoenix Labs brought it to the employees’ home offices.

The company’s community extends outside of work hours to include online gaming nights. At 5:30 p.m., a group of Phoenix Labs’ team members would typically play games like Mortal Kombat; now that employee team plays it online.

They also use games as a virtual watering hole where they can gather and chat. They also use Nintendo’s (TYO:7974) newly released Animal Crossing to gather and virtually hang out. 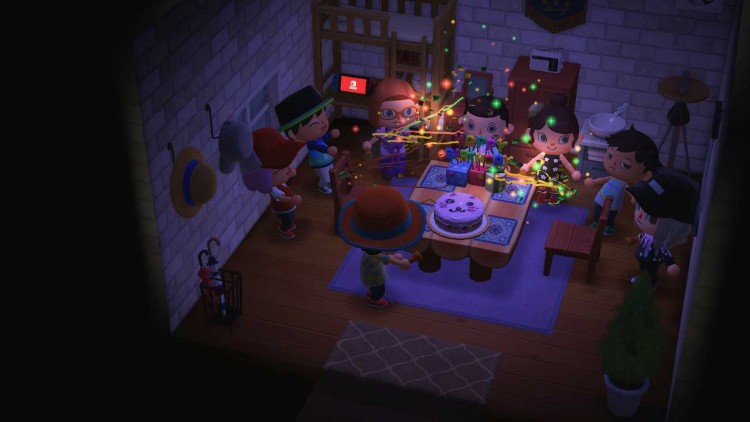 But it’s not all about having fun. As Owens explained, the nuts-and-bolts details of day-to-day business need to be maintained.

Employees therefore collaborated on a how-to guide for working from home: a list of best practices, including simple things like making sure to take a lunch break and end the workday.

The guidelines say meetings should be conducted as online video chats with no deactivated microphones or cameras. Phoenix Labs went so far as to ensure that everyone had a working webcam. Owens said video conferences not only help maintain the company’s culture but also foster communication and collaboration. More importantly, Owens said, video calls prevent people from becoming faceless names hidden behind walls of texts.

However, despite all the work the company has invested in facilitating work from home, it is unclear whether Phoenix Labs will maintain a large at-home workforce once it is through the COVID-19 woods.

“In my experience working in games, I’ve seen really great power in teams physically being together and in the energy they produce, in the way they bounce ideas off each other  and the creativity that comes out of that,” Owens said.

Phoenix Labs’ Clifford is also unsure about having a significant number of his colleagues follow in his footsteps.

He said that once he decided to make the switch, it took roughly eight months to finalize the details of his new role and to get settled and comfortable with working from home.

“As much as we’re doing a really good job of feedback, documentation and communication right now, there’s still no substitute for spinning your chair around and immediately talking to someone and being like, ‘Am I crazy or should we do this,’” he said. “You just miss out on a lot of that synergy and conversation, and to be candid that’s something I miss being a remote person regularly.”•