Average Vancouver one-bedroom rent down in April due to pandemic: PadMapper

The average cost to rent a one-bedroom Vancouver apartment decreased 2.3% month-over-month in April, according to new PadMapper data.

PadMapper looks at median rents for all homes that are currently available to rent or vacant. It does not include those homes that are already rented out.

“The two most expensive markets [in Canada] continued their downward trajectories as the effects of COVID-19 became more pronounced on rent prices,” PadMapper said in a report.

Rentals.ca, a Canada-wide apartment listing site, also attributed the drop in prices to the current pandemic.

“There has been much talk about COVID-19’s impact on the short-term rental market with travel restrictions in place,” Rentals.ca said in a press release. “This can play out with more furnished apartments listed for long-term renters.”

The top 10 highest rents across Canada in August (source: PadMapper): 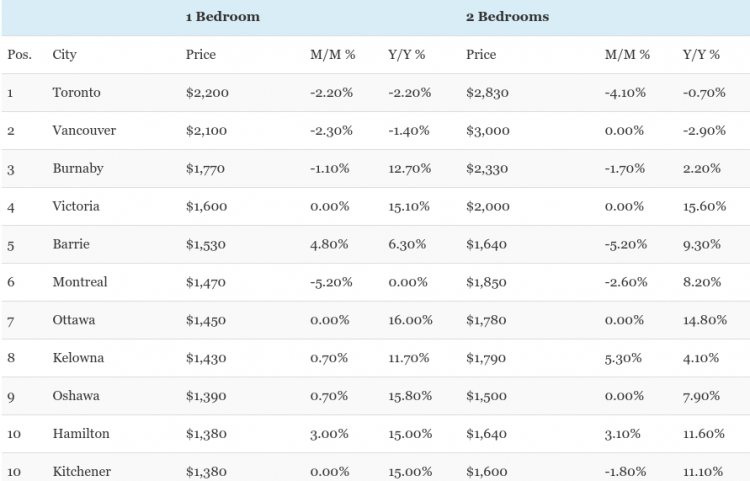