This Burnaby restaurant has installed Plexiglass shields at all tables

By Chris Campbell, Burnaby Now | May 19, 2020, 3:36pm
La Forchetta in Burnaby has installed Plexiglass shields at every table. Submitted photo

The first thing Lino Castagno does when he gets out of bed in the morning is work the Google machine to help figure out how to reopen his Burnaby restaurant for sit-down meals.

Castagno is co-owner of La Forchetta with his aunt and uncle. The trio opened the Italian eatery last year on Hastings Street after an expensive renovation that turned a drab, old building into a glistening modern restaurant.

Opening a new restaurant is tough under even the most ideal circumstances, but COVID-19 has meant laying off the staff, only being open for takeout meals for a few hours and having to share revenue with food delivery apps.

“We were open for more hours during the day, but found it wasn’t worth the cost of running the utilities for nine hours in a day when you might get one pizza order,” Castagno said.

So La Forchetta has adjusted based on the market to evenings only.

It’s about to adjust again because the situation is changing as the B.C. government has included restaurants in its phase two plan to reopen parts of the economy. 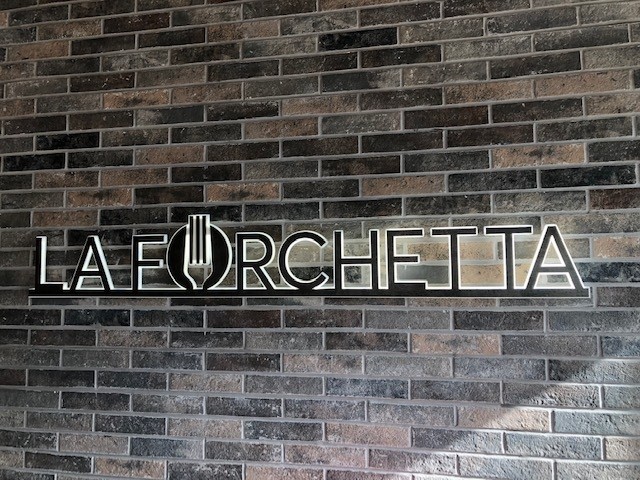 The goal, according to the province, is “mid-May” openings for restaurants. The problem, Castagno said, is any sort of detailed plans and requirements from government that restaurants must meet in order to reopen for sit-down meals.

“People have already started calling us to ask when we’re reopening,” Castagno said. “I don’t know what to tell them.”

Castagno said Fraser Health has informed him WorkSafeBC will be issuing some guidelines, but no date on when that will happen.

The problem is that following these guidelines to ensure compliance isn’t something that happens overnight, he said. It takes time, effort and, yes, money to make these changes.

So Castagno gets up each morning and researches to find any kind of guidance on what to do. He’s seen a lot of conjecture and “hearsay” in media articles, comments from government officials and politicians, and suggestions from other business owners. Alberta has also issued some guidelines that Castagno has looked at and he’s already made substantial changes at La Forchetta.

Castagno works in the building industry and knows his way around tools. He’s already cut and installed Plexiglass shields, especially at the entrance/exit so people aren’t exposed when coming and going as well as at individual tables.

The entire restaurant has been reconfigured to meet distancing requirements, but that has meant closing off the bar area. Hand-sanitizing stations have been set up. He’s even installed a system of lights letting people know when the bathrooms are empty so people aren’t hovering around the door.

But Castagno is “frustrated” by the lack of concrete guidelines, such as how many customers are allowed. If it’s 50% capacity, then that’s one number. If it’s based on six feet of distance, then that’s another number. He’s literally measured tables in all sorts of configurations.

It’s also unclear if Fraser Health needs to inspect a restaurant before it’s allowed to reopen for sit-down meals.

“We need clear instructions,” he said. “We’re prepared to do whatever they want, but we need to actually know what it is they want. There’s just a lack of details. We need time to make changes.”

La Forchetta has purchased thermometers just in case that could be a requirement, but would like direction on how to implement this.

“Do we want to turn away customers based on this,” Castagno asks. “No, but health and safety comes first.”

Complicating things is a recent message Castagno received from his insurance broker, saying the restaurant’s premiums might rise due to “increased liability” due to reopening during COVID-19.

“Everybody is sort of taking advantage of the situation,” he said.