The new owners plan to honour all existing service agreements with members, including pre-paid memberships and personal training services, the company said on June 19. Current members whose memberships have been frozen due to COVID-19 will be able to extend their freeze during the month of July if they so choose, according to the company, which is mired in insolvency procedings.

The newly named Fitness World aims to reopen some locations during the first week of July, with full access to the workout floors, group fitness, and small group training sessions. Each location is expected to enforce stringent health and safety measures.

The news that Fitness World has dropped the Steve Nash name likely comes as some relief to the eight-time NBA all-star, and Naismith Memorial Basketball Hall of Fame inductee. BIV sent requests to interview Nash to his foundation and his publicist but did not immediately get a response.

Nash, along with partners Mark Mastrov and Leonard Schlemm, in December 2009, purchased Fitness World – a 13-gym chain that owner Henry Polessky founded in 1978.

Nash later sold his shares to those partners, who also sold the shares. Nash was later stuck in an agreement that said his name could be in the corporate brand. He had a falling out with Steve Nash Fitness World operatives and launched a lawsuit for breach of contract in October 2016, aiming to remove his name from the enterprise. That lawsuit dragged on for years before Nash finally lost.

He then reached an agreement with Steve Nash Fitness World last year, and, in September 2019, he joined the company’s board of directors. 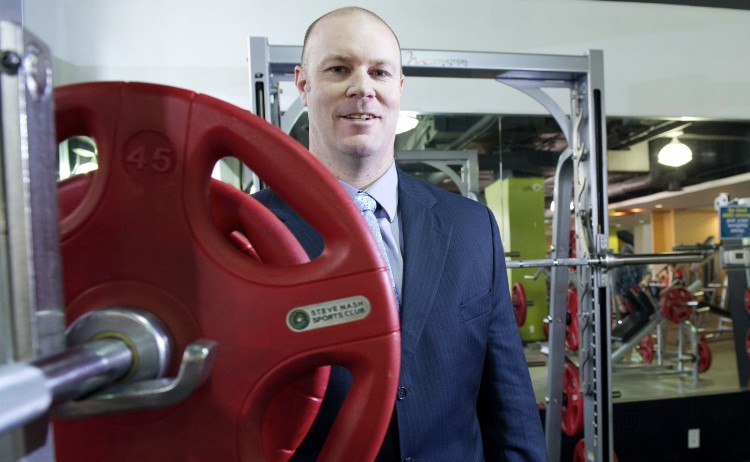 (Image: SNFW Fitness CEO Chris Smith, who has been with the company since 2011 and in the CEO role since March 2018, is being kept in place by the new owners | Richard Lam/BIV files)

Fitness World's new ownership team has not been publicly revealed, but its members have extensive experience in the fitness industry, according to The Bowra Group, which was appointed as the proposal trustee in the insolvency proceedings of the company officially known as SNFW Fitness.

Under those proceedings, all legal actions against the company – which owes more than $44 million to creditors – are stayed. SNFW Fitness filed a notice of intention to file a proposal to creditors on April 3. The BC Supreme Court on June 17 then extended the deadline for filing that proposal until August 3. If the company does not file a proposal by deadline, it is deemed bankrupt under federal bankruptcy and insolvency legislation.

Fitness World said it has pledged to donate equipment from closed locations to communities in need, with the goal of supporting widespread access to high-quality fitness equipment that supports exercise and an active lifestyle.

With files from Hayley Woodin