As renters are spending more time at home, they are seeing cost and space as more important than proximity to city amenities

The average rent for a one-bedroom apartment in Vancouver fell year-over-year in July while Burnaby saw a jump over the same period, according to PadMapper’s latest figures, released today.

PadMapper looks at median rents for all homes that are currently available to rent or vacant. It does not include those homes that are already rented out.

In Vancouver, the average cost of a one-bedroom apartment was $2,070 in July, which is a drop of 5.9% compared with the same month last year. Meanwhile, Burnaby saw rents jump 7.6% over the same period for that home type.

“Demand for rentals shows some rebound heading into summer, though renter priorities have shifted away from big, pricey cities,” PadMapper said in its monthly analysis.

“Renters are now prioritizing affordability and space over paying more for big city amenities, most of which they can’t use currently.”

The top 10 highest rents across Canada in July were, according to Padmapper: 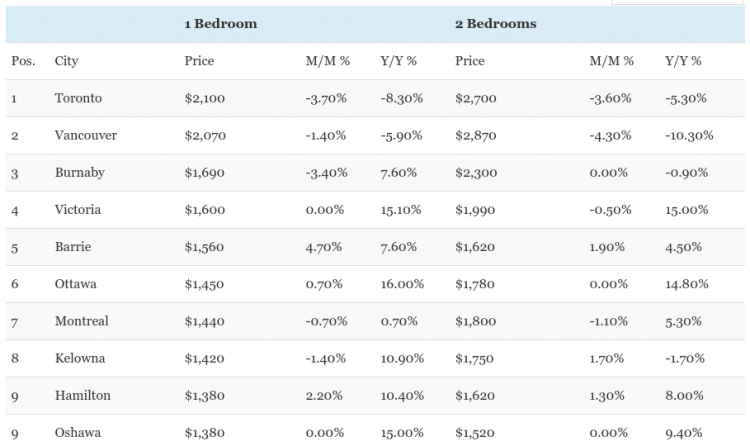