Number of active COVID-19 cases in B.C. has risen in each update since July 30

The number of people fighting active COVID-19 infections in B.C. has risen in each of the past nine government updates, and now sits at 578, according to government statistics. That's the highest number since May 8. Of those infected people, only nine are in hospital, while four are in intensive care units and the rest are self-isolating at home.

Provincial health officer Bonnie Henry said that she is concerned that the number of people who are hospitalized with COVID-19 will rise.

In total, 1,878 people are self-isolating, including those who have been told to self-isolate as a result of potential exposure to the disease.

No new deaths were reported on August 13, leaving the province's death toll from the virus that has caused a global pandemic at 196.

Henry said 78 new cases of the coronavirus had been identified in the past 24 hours, and that younger people are increasingly those infected.

"We have to be a little bit careful about demonizing [others]," Henry said. "Most young people are doing the right thing and they are socially responsible. They care a tremendous amount about their communities and their families."

The median age of the 550 people who have so far been hospitalized with the virus remains in the high 60s, Henry pointed out.

"Hospitalizations are very rare in young people and even in young adults," she said. "We have had very few people who required ICU care and we've had no deaths in anybody under the age of 40. The deaths unfortunately are heavily skewed to the older population, particularly people over the age of 80." 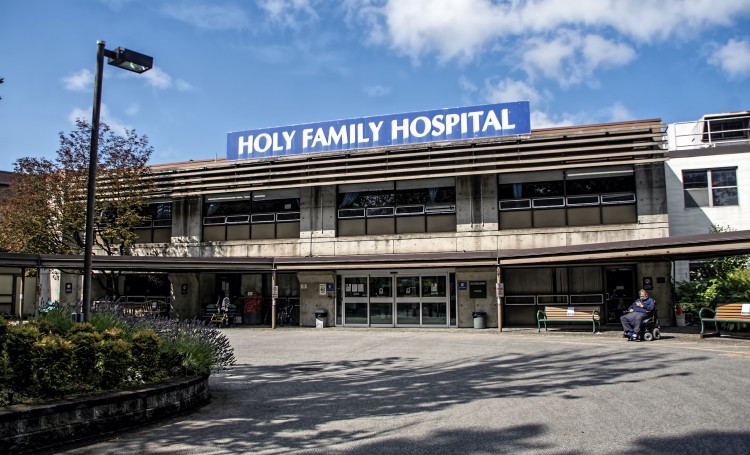 (Image: The only COVID-19 death in B.C. so far this month was a senior who passed away at Vancouver's Holy Family Hospital, and that death was announced yesterday | Chung Chow)

An outbreak is also active at the Joseph and Rosalie Segal Health Family Health Centre.

One new community outbreak is at the Okanagan Correctional Centre, Henry said. That centre earlier this year had an outbreak that had been considered extinguished.

B.C. Health Minister Adrian Dix provided an update on scheduled surgeries, which were disrupted when efforts were made to clear hospital beds in case there was a spike in COVID-19 hospitalizations. Those surgeries started to resume on May 18.