Fraser Valley venues are the province’s largest on average

The largest convention and meeting venues in the province have a total of 2.9 million square feet available and have a combined capacity for 163,192 guests.

While the top 20 are highlighted in the Biggest Convention and Meeting Venues in B.C. list. BIV’s database includes 33 venues located throughout the province. 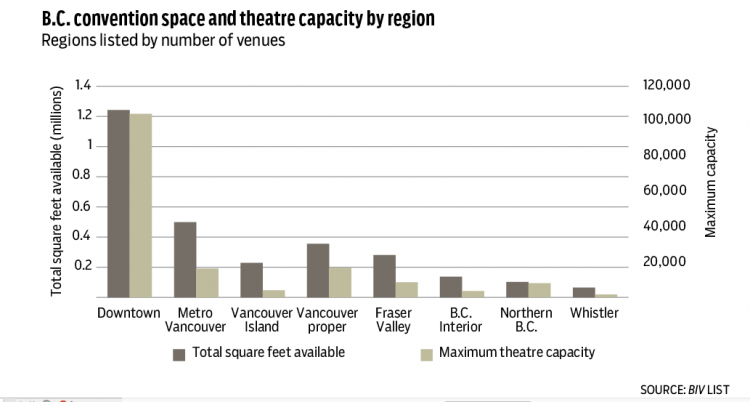 The majority of the venues in the database are found in Metro Vancouver, with 10 in downtown Vancouver and nine in areas surrounding the city like Richmond, Surrey and the University of British Columbia, classified as Metro Vancouver excluding Vancouver proper.

Downtown Vancouver holds the largest amount of venue space and capacity in B.C. Vancouver proper excluding downtown boasts the next-highest venue capacity at 16,820 people, despite having only three venues listed in the database.

While downtown holds the largest total amount of convention space in the province, venues in the Fraser Valley, including Abbotsford and Chilliwack, tend to be larger than their counterparts in Vancouver, holding 13% more floor place on average. 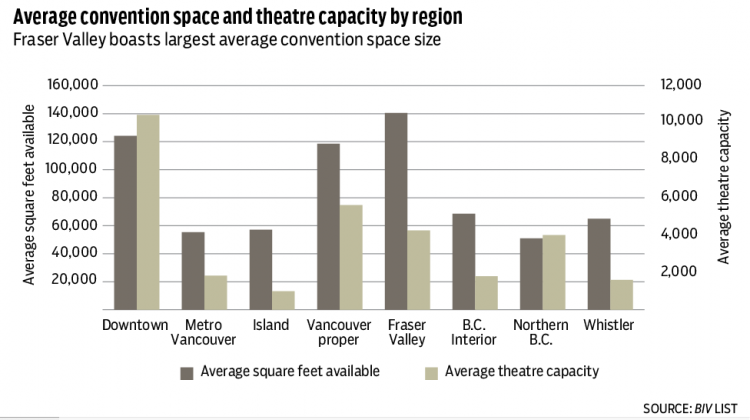 Outside of Metro Vancouver, B.C.’s Interior has the largest average venue space at 68,500 square feet.