It also ranked among the best academic institutions worldwide

According to a new report, UBC ranks among the best universities in the world and second-best in Canada.

Compiled by ShanghaiRanking Consultancy - an independent organization dedicated to research on higher education intelligence and consultation - the ranking considers every university that has any Nobel Laureates, Fields Medalists, Highly Cited Researchers, or papers published in Nature or Science.

In order to determine the ranking, the company considers several indicators of academic or research performance. These indicators include the aforementioned criteria to be a candidate in the ranking, as well as papers indexed in major citation indices, and the per capita academic performance of an institution. For each indicator, "the highest scoring institution is assigned a score of 100, and other institutions are calculated as a percentage of the top score."

Harvard University was the lone institution to receive a perfect score, which puts it in first place for the 18th year in a row.  Stanford University and the University of Cambridge remain in second and third, respectively.

ShanghaiRanking notes that, "More than 40 universities enter into Top 1000 list for the first time," in the 2020 ranking.

UBC has been ranked 38th in the world in the 2020 @shanghairanking. https://t.co/76TXaAB6bB pic.twitter.com/zZuqr2UTxS

Here are the top 20 universities in the world. 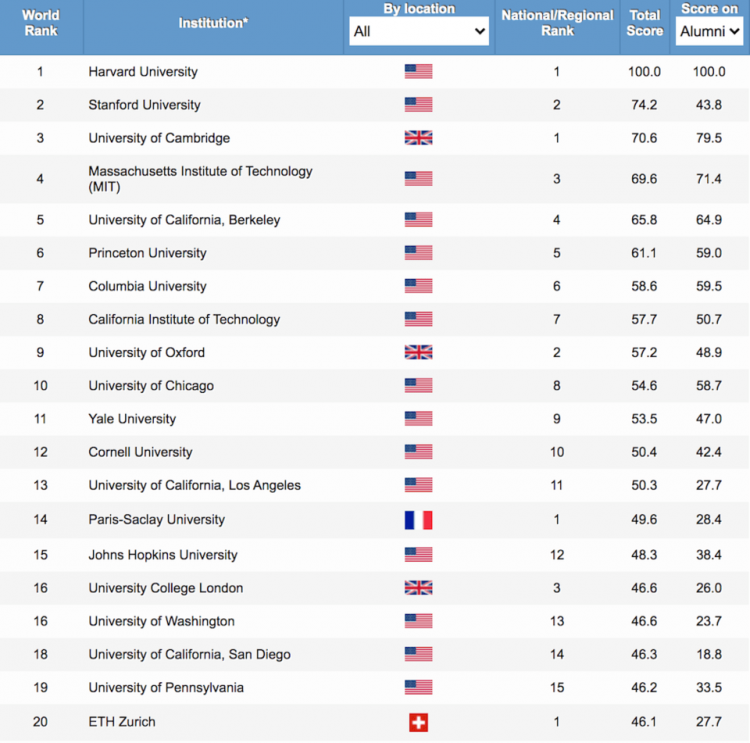 Here are the top universities in Canada. 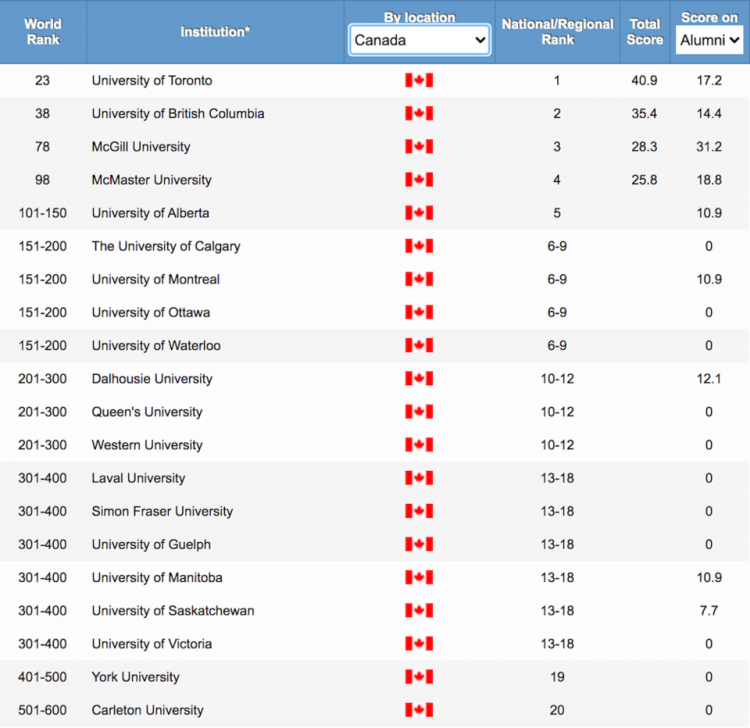