Brew pub is at 1785 Beach Avenue, where the Boathouse Restaurant previously operated

By Glen Korstrom | September 23, 2020, 10:54am
The brew pub and restaurant has been under construction for much of this year | Google street view

Craft Beer Market aims to hire 200 people to work at its second Vancouver brew pub, at 1785 Beach Avenue, where the Boathouse Restaurant operated until October, 2018. The company has not released a date for when it expects to open.

The new 11,000-square-foot restaurant is set to feature a year-round covered patio. The plan is also for it to have a beer store where customers can buy craft beers, including some exclusive products.

The range of full and part-time positions that are being filled include those for servers, bartenders, cooks, hosts and other roles.

A series of hiring fairs are planned to include in-person interviews at the company’s location in the Olympic Village, at 85 West 1st Avenue, on October 3, 17, and 24, between 10 a.m. and 4 p.m.

Candidates must register and apply online so they have appointments as no one will be able to simply show up unannounced to be interviewed, the company said.

All resumes must be submitted online and not in paper form to also limit any possible transmission of COVID-19. 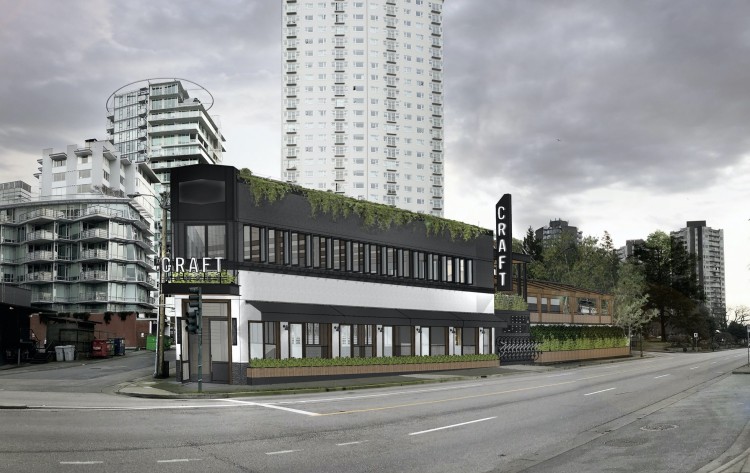 (Image: Here is a rendering of what the brew pub will look like when open | Craft Beer Market)

“Finding the right team members to bring Craft’s hospitality to life is always an important step in opening the doors to a new location,” said PJ L’Heureux, the company’s president and founder in a statement.

“Our English Bay location is no different and while we have some additional precautions in place, we are excited to build a strong and robust team during a time when British Columbians are looking for exciting new challenges in the restaurant industry.”

The new pub would be Craft's eighth location across Canada.