Average employment at the province’s largest companies has fallen 4.6% since 2019

Across B.C., employment has recovered significantly from its lows in April and May, but it was still down 3.7% in September compared with February.

Meanwhile, the decline in employment at the province’s top digital arts companies since 2019 has averaged 4.6%.

Their median employment decline was significantly higher at 8.9%, suggesting that smaller companies lower on the list suffered more job losses during the pandemic compared with their larger counterparts higher on the list. 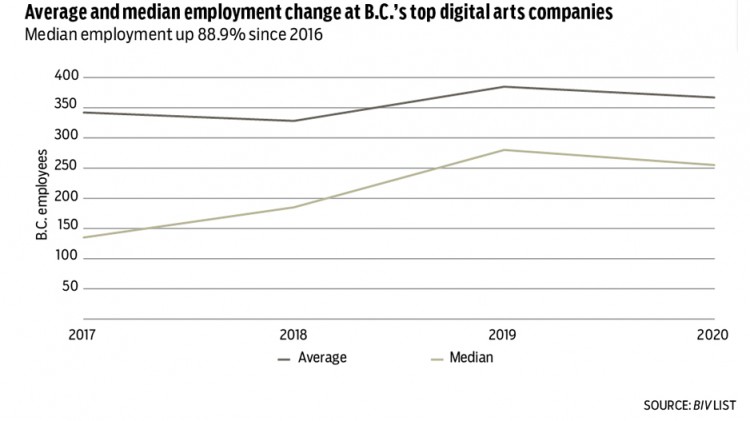 While companies lower on the list may have struggled more through the past year, the same can’t be said for the preceding four years.

The largest company on the list, Electronic Arts, which produces many high profile videogames, including NHL and Star Wars, recorded the largest one-year employment drop on the list. Its number of employees decreased 37.6% to 1,300 in 2020 from 2,085 in 2019.