The average revenue growth for the largest cannabis companies was 580%.

No. 1 Tilray Inc. (Nasdaq:TLRY) recorded the highest revenue at $221.6 million. That topped the company with the second-highest revenue, No. 5 Xphyto Therapeutics Corp. (CNSX:XPHY), by 6.5%. However Tilray’s losses of $426.2 million far exceed Xphyto’s losses of $7.7 million. 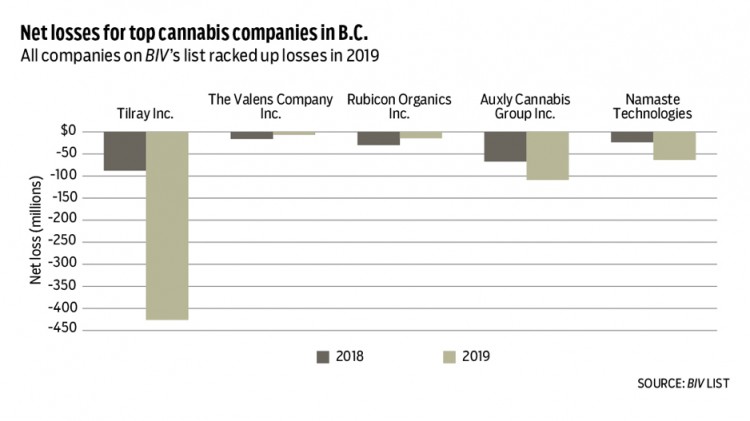 However, a growth in losses accompanied the growth in revenue.

No. 18 World-Class Extractions (CNSX:PUMP) recorded the largest Jump in losses; however, that was likely because it had the lowest losses of the companies on the list in 2018.