By Glen Korstrom | January 12, 2021, 8:08am
Glowbal Group owner Emad Yacoub sits in his Glowbal restaurant at the corner of West Georgia and Seymour streets | Chung Chow

Tourism and hospitality business owners are reeling from the devastation to their sector caused by the COVID-19 pandemic.

With leisure and business travel drastically reduced, government restrictions crimping capacity and a general reticence to eat in restaurants, many businesses have been forced to close while others are in survival mode.

Ian Tostenson, CEO of the British Columbia Restaurant and Foodservices Association, estimated that about 20% of the province’s restaurants have closed as a result of the pandemic and could rise to more than 30% by the time restrictions ease.

B.C restaurant owners are limited to a maximum of 50% capacity. But they can at least offer dine-in service. All other provinces west of the Maritimes, except Saskatchewan, have banned dine-in service.

City of Vancouver building-permit data showed that there was a 41% decrease in applications for additions and alterations in downtown offices from April to October 2020 compared with the same period in 2019, and a 40% decrease in permits for downtown retail and food-service ventures.

This is one indication of fewer workers in downtown offices, and that hollowing out diminishes demand for restaurants.

Restaurant owners’ hopes that New Year’s Eve could be a small win were dashed when provincial health officer Bonnie Henry issued a new health order on December 30 that required all restaurants to stop serving alcohol at 8 p.m. on December 31 – two hours earlier than the previously set time.

Most restaurant owners abided by the new order, and Tostenson said customers cancelled between 25% and 40% of reservations for meals starting at 8 p.m. or later.

He blasted owners of the Cold Tea Restaurant on Granville Street for hosting a large private party with alcohol service after 8 p.m. on New Year’s Eve, prompting police to issue them with a $2,300 fine.

Tostenson said that a more appropriate fine might have been $100,000, because if individual restaurant owners break provincial health orders, it could prompt the government to halt all but take-out service.

He added that he would like cities to get involved, and revoke business licences of scofflaw restaurateurs.

“There are restaurant groups that lost hundreds of thousands of dollars on that night because they closed,” he said. “Even small restaurants took a big hit because they lost the ability to do a second sitting.”

Glowbal Group owner Emad Yacoub pinned his New Year’s Eve losses at around $100,000. He normally stays closed on New Year’s Day because the cost of opening on a statutory holiday outweighs any benefit, but he told BIV that he opened to sell some excess food that he had ordered for the night before.

“My restaurant at the Pan Pacific Hotel, the Five Sails, is at about 5% capacity,” Yacoub said. “Nobody is talking about hotels, but they are very hard hit.”

BC Hotel Association president and CEO Ingrid Jarrett told BIV that her $3.2 billion industry, which pre-pandemic employed approximately 60,000 people to oversee 80,000 hotel rooms, has been ravaged, with occupancy of less than 30% at the end of 2020.

“That is a 60% drop from 2019,” she said. “We have 46% of properties reporting that if they don’t receive access to government-supported financing, they will not stay in business – and the timeline for that is between now and the end of March.” 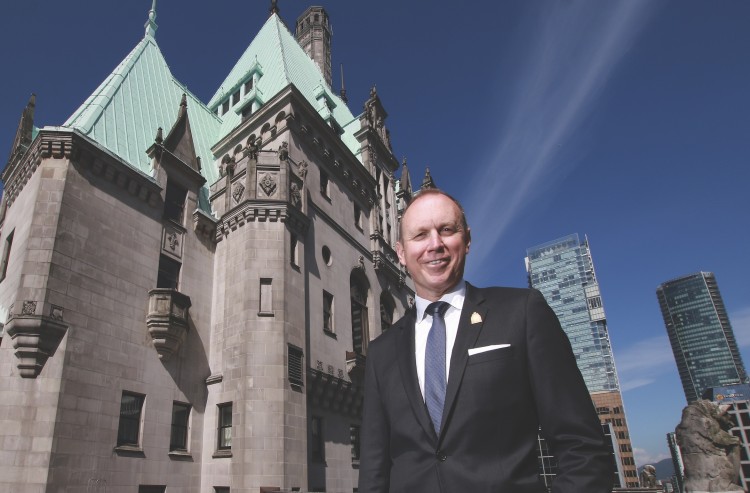 One misconception people have of the hotel sector is that large businesses dominate, Jarrett said. The reality is that small and medium-sized businesses partner with large hotel companies to use established brands.

“About 82% of all [hotel] properties in B.C. are small and medium-sized, independently owned and operated businesses,” Jarrett said. “They are barely hanging on.”

The Fairmont Hotel Vancouver and other large hotels enjoyed new business in mid-2020 from British Columbians. But general manager Adam Laker told BIV that business dried up when the government instituted travel restrictions on November 7. He added that current occupancy is “in the 10% to 20% range.”

The Vancouver Convention Centre held 530 events in 2019, generating demand for hotel rooms. After the pandemic was declared in March, the venue cancelled all large events.

More than a million passengers visited Vancouver on 288 cruise ship voyages in 2019, similarly spurring demand for hotels and restaurants. In 2020, the season was cancelled. 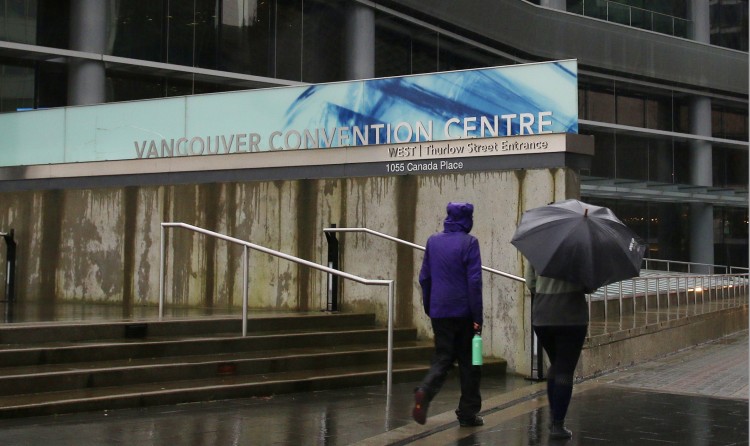 Further crimping hotel occupancy is a new stigma against travelling. Politicians in at least four provinces faced public wrath for travelling abroad during the holiday season.

Twitter outrage then started to target civil servants, such as Vancouver’s general manager of planning, Gil Kelley, for visiting his property in Oregon. The head of the University of British Columbia's School of Population and Public Health, Peter Berman, visited Hawaii during the holidays, against public health advice, and was criticized on his return, prompting a public apology.

An end to that stigma is one thing that the travel sector needs in order to return to any semblance of normalcy.

Vancouver Airport Authority (VAA) CEO Tamara Vrooman pinned passenger volume at Vancouver International Airport (YVR) in mid-December at 14.6% of what it was a year earlier. 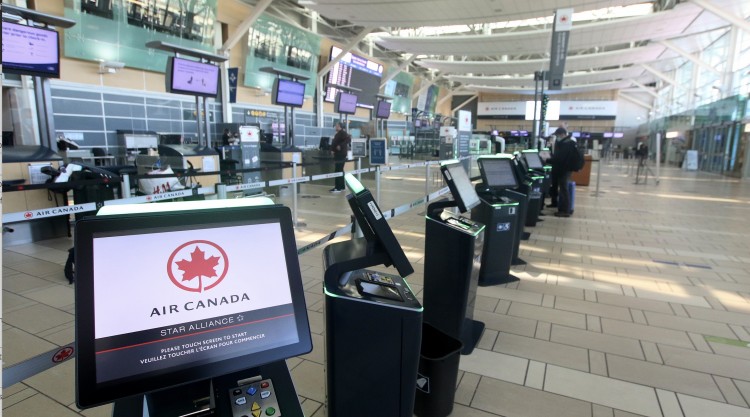 (Image: Vancouver International Airport was largely empty during the holiday season, even for domestic carriers such as Air Canada | Rob Kruyt)

“The vast majority of those are domestic flights, while there are virtually none, although some for essential reasons, that are trans-border-U.S.” she told BIV. “Cargo is down but certainly not anywhere close to as much [as passenger travel].”

The plunge in travel has been a nightmare for destinations. Some, such as the Vancouver Aquarium, have closed indefinitely. 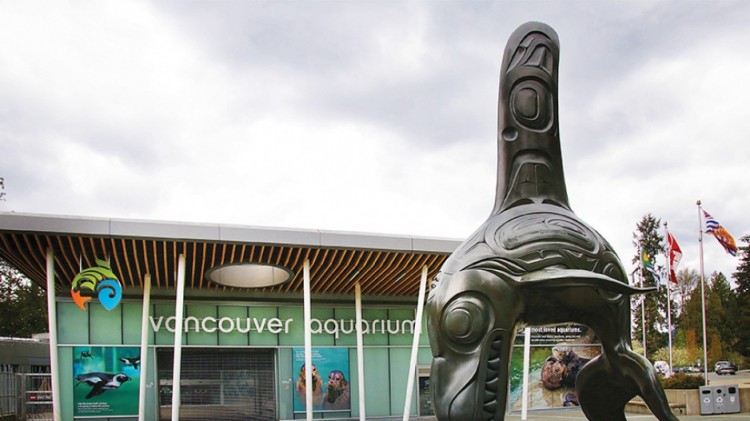 Capilano Suspension Bridge Park owner Nancy Stibbard told BIV that “business is extremely limited” and that safe rapid testing for COVID-19 is needed for there to be any hope of a rebound in 2021.

Science World CEO Tracy Redies said she expects her attraction to lose close to $2 million in 2020, down from a normal year in which it would have broken even.

Ski resorts stayed open and drew crowds, although a failure by some employees to observe health orders led to a COVID-19 outbreak at the Okanagan’s Big White Ski Resort. Some resort employees were fired as a result. That resort on January 8 sent out a notice that it was cancelling all bookings from non-locals until February 5, which is when the advisory against travelling is set to end, unless it is renewed.

Industry insiders created a tourism task force that released a report filled with recommendations for a path forward in early December.  BIV will delve into some of these solutions next week. For now, however, it is clear that B.C.’s entire tourism-hospitality sector is on life support. •