A brief history of cider in British Columbia

While the craft cider craze in British Columbia might be a recent happening, this province has a long and storied history with our favourite bubbly fruit beverage

By Robert Mangelsdorf, The Growler | January 9, 2021
Cider itself traces back to the apple growing regions of western Europe in Spain, France and England. French and English farmers brought their preferred libation with them when they came to North America. Today, the craft cider craze in B.C. is in full swing | Photo: Getty Images

While the craft cider craze in B.C. might be a recent happening, this province has a long and storied history with our favourite bubbly fruit beverage.

Cider itself traces back to the apple growing regions of western Europe in Spain, France and England. French and English farmers brought their preferred libation with them when they came to North America.

Johnny Appleseed (real name, John Chapman) was well known for introducing apple cultivation across the central United States and Ontario in the early 1800s, but less well known was the fact that he was planting predominantly cider apples, allowing early settlers to easily make their own hooch. Soon the easy-to-grow, easy-to-make drink made it across the continent to B.C.

The Hudson’s Bay Company was the first to bring apples to the West Coast when they established cider apple orchards at Fort Vancouver near the mouth of the Columbia River (now Vancouver, Washington) in 1827. The HBC valued cider for its ability to fight scurvy in the winter months—some workers were even paid in cider. The HBC was also responsible for planting the first orchards in B.C. in the 1830s with the founding of Fort Langley on the Fraser River in what is now Derby Reach Regional Park, where some of the original heirloom cider apple trees are still thriving.

The establishment of Fort Victoria by the HBC in 1843 brought cider apples to Vancouver Island. Thanks to an influx of American prospectors passing through the area on their way to the goldfields of the Fraser Valley and the Cariboo in the 1850s, as well as the decision to base the British Royal Navy’s North Pacific Squadron in Victoria in 1865, demand for cider (any alcohol, really) exploded. Since Victoria was little more than a remote outpost that might as well have been on the moon, the city needed a cheap source of readily available booze to satisfy its thirsty new citizens. As a result, cider apple orchards were planted all over southern Vancouver Island and the Gulf Islands to supply the new locals.

Cider production was still very much a farm-based venture in the late 1800s, with the first commercial cidery not appearing until 1922 with the Growers Wine Company in Saanich, which initially focused on loganberry wine. Close to 100 years later, the company is still around, as Growers Cider Co. 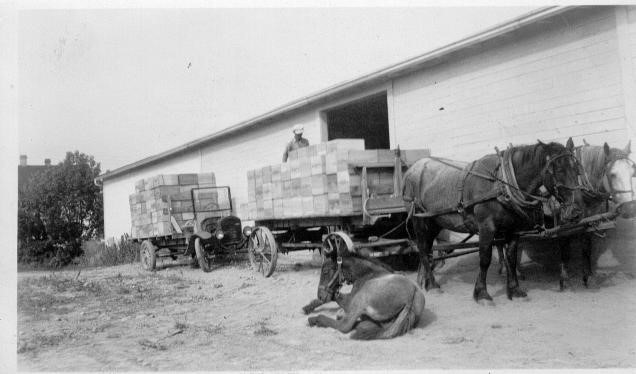 A wagon-load of apples being transported by workhorses in front of Wards Packinghouse in the early 1920s. Photo courtesy of Wards Hard Cider.

Meanwhile in the Okanagan, Catholic missionary Father Pandosy planted the first apple trees in what is now Kelowna in 1859, with the first commercial apple farms established some 30 years later. B.C. premier “Honest” John Oliver’s audacious plan to build the Okanagan’s massive concrete irrigation canal—completed in 1923—soon helped to transform the area into Canada’s fruit bowl. Cider making in the Okanagan didn’t really take off until George Washington Ward decided to plant cider apples on his farm in Kelowna in 1918 to make the beloved off-dry cider of his native England. Five generations later, Ward’s Hard Cider is still producing cider from those very trees. 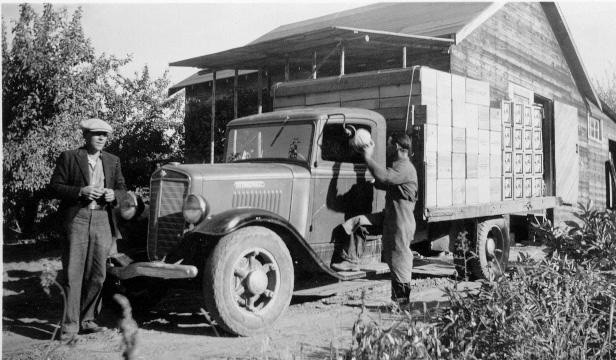 Later in the century, the cidery switched to mechanical horsepower to transport the apples.

However, as B.C. became industrialized, farm-based cider production waned in favour of beer, which could more easily be produced in urban areas from ingredients that didn’t spoil. With the decrease in demand for cider, many cider apple orchards were ripped up in favour of sweet table or dessert varieties of apples, or more profitable grape vines.

Today, most of the cider made in B.C. is made with these dessert varieties, which produce a dry cider. However some of the original cider apple trees still remain, scattered around the province, many left derelict and growing feral. Cidermakers like Salt Spring Wild have sought out these heirloom varieties as they produce a more complex flavour due to their high tannin content. Some orchardists are even planting cider varieties again, marking a return for the humble cider apple in B.C.

This story originally appeared in the Fall/Winter 2020 issue of The Growler, out now! You can find B.C.’s favourite craft beer and cider guide at your local brewery, cidery, select private liquor stores, and by subscription here.