By Mike Howell | January 4, 2021, 4:44pm
News of jet-setting politicians from other parts of Canada travelling to Hawaii and other destinations during a pandemic has infuriated Vancouver Coun. Sarah Kirby-Yung | Getty Images

A Vancouver city councillor says politicians in Alberta, Manitoba and Ontario travelling abroad during a pandemic makes a mockery of well-publicized health recommendations and reinforces negative stereotypes of elected officials.

Sarah Kirby-Yung shared her view in two Twitter posts on New Year’s Day after learning via news reports of provincial politicians spending the holidays in such places as Hawaii and the Caribbean island of Saint Barthélemy.

“I’m so fed up,” wrote Kirby-Yung. “The reckless and dismissive behaviour of travelling for vacation and internationally [so far from politicians ON, AB & MB] reinforces negative stereotypes of politicians, and tars all with the same brush. It makes a mockery of health orders. Makes me angry.”

In another tweet, Kirby-Yung posted a photo of her in a hooded jacket at Jericho Beach, where it was raining.

She wrote: “Who wouldn’t love to be feeling sun on their face and sand in their toes right now? Instead, like all of us making the best of it after what is feeling like a long haul, I enjoyed the tropical climes of Jericho Beach today in the driving rain.” 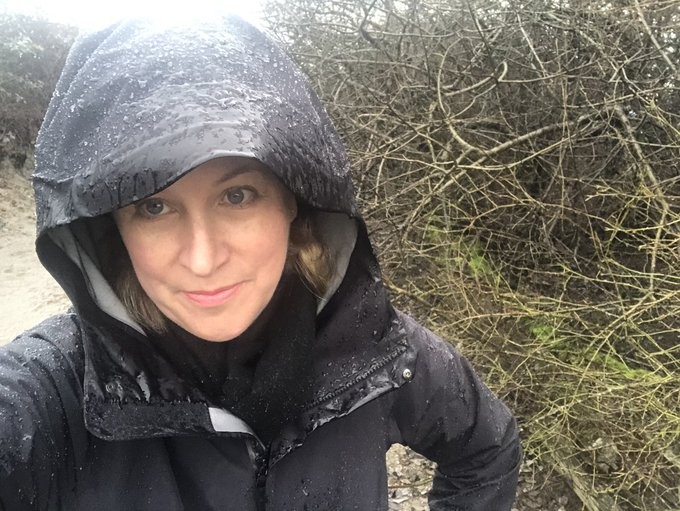 "I'm so fed up," says Vancouver Coun. Sarah Kirby-Yung of Canadian politicians travelling to sunny destinations over the holiday | Twitter

The federal government advises on its website that all Canadians and permanent residents avoid non-essential travel outside of Canada until further notice to limit the spread of COVID-19.

“The best way to protect yourself, your family and those most at risk of severe illness from COVID-19 in our communities is to choose to stay in Canada,” the advisory said.

In B.C., the advice on the government’s website is similar, with officials urging residents to stay local, avoid non-essential travel within the province and not to travel outside of the province unless it is essential.

On Monday, Glacier Media emailed Mayor Kennedy Stewart and the city’s nine other councillors to ask whether any of them travelled outside of the region, or province over the holidays.

The mayor and councillors Rebecca Bligh, Pete Fry, Jean Swanson, Lisa Dominato, Michael Wiebe and Christine Boyle all responded that they stayed local. Glacier Media had not received responses from councillors Colleen Hardwick, Melissa De Genova or Adriane Carr at the time this story was posted.

Sanjay Jeram, a senior political science lecturer at Simon Fraser University, said news of politicians travelling abroad during the pandemic didn’t surprise him, noting the ideologies of certain elected officials would lead them to be less rule abiding.

Jeram believed such decisions made by politicians only bolsters the argument that governments in western societies have become less trustworthy by its citizens.

“For the most part, elected politicians are not held in the same esteem as they were 20 to 30 years ago, and this [travelling abroad] certainly would go towards accentuating or highlighting that issue for some people,” he said.

Jeram noted the non-essential travel recommendations are not enforceable orders, but articulated by politicians and public health doctors to help prevent the transmission of COVID-19.

“It’s troubling because they’re relying on people’s goodwill to follow recommendations,” he said, but added that he didn’t think the jet-setting politicians’ behaviour would encourage citizens to let down their guard and do the same. “If people were going to do it, they would do it anyways. People have been travelling. Not everybody, but my interpretation is that I don’t think that collective sense of civic duty we saw early on in the pandemic is really the overriding factor right now. I really think it’s about people’s own risk calculation.”

“Whether you like it or not, when you are an elected official, there’s an expectation that you’re not just going to meet the standard but that you should be setting the standard,” said Kirby-Yung, who tried unsuccessfully late last year to implement a mandatory mask policy for citizens visiting city buildings. “For the folks who are doing the job [as a politician], and do the right thing, I think this kind of thing tarnishes everybody.”