It offers a glimpse into Vancouver after the second world war

B.C. historian Ben Bradley (author of British Columbia by the Road) has surfaced an interesting map from the City of Vancouver Archives, sharing it on Twitter.

Titled "Civil Defence evacuation and survival plan for Greater Vancouver target area," this piece of the City's official collection is a printed pamphlet from 1957, showing evacuation instructions for the city, in the eventuality that an atomic bomb hit... well... somewhere.

Printed with a 1.5 cent prepaid postage note, copies of it were mailed out to households across Vancouver.

The cover warns "READ IT - YOUR LIFE MAY DEPEND ON IT", and inside it's noted that the reason they sent it out was that "You live in a target area."

Continuing, the post-WWII warning lets the reader know that "A hydrogen bomb dropped in the area would cause complete destruction for a radius of 4 miles," and that residents must get themselves beyond a 20-mile radius of the city "to be reasonably safe."

Residents would know there was an imminent blast, as a 3-minute siren blast would alert them of it.

However, if there was "very little or no warning" of the bomb being dropped, a "wailing" siren would sound, signaling that residents shouldn't try to escape but should take cover at once.

Residents were advised to keep their car radios and battery radios "in serviceable condition" as they would receive instructions by way of an emergency broadcast shortly after the sirens sounded.

After the coast was clear and radiation techs let them know it was okay, they would then be allowed to come out from cover.

The pamphlet is a rare look into Vancouver after the second world war, when the Vancouver Civil Defence agency was created and was on high alert.

You can view it online at the City of Vancouver Archives' website. 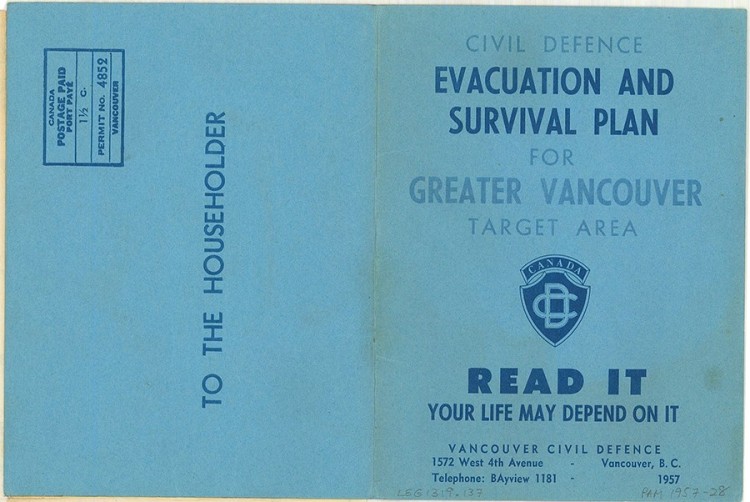 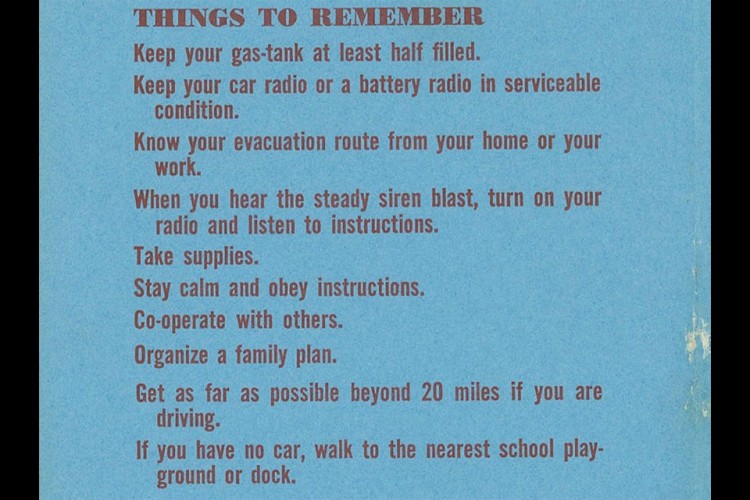 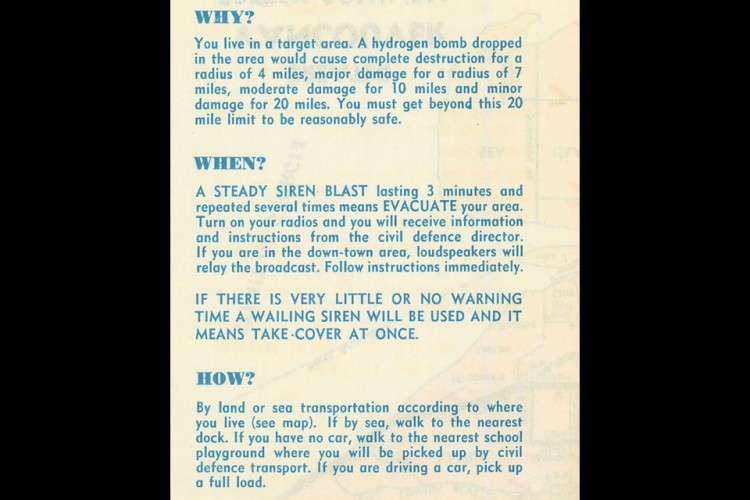 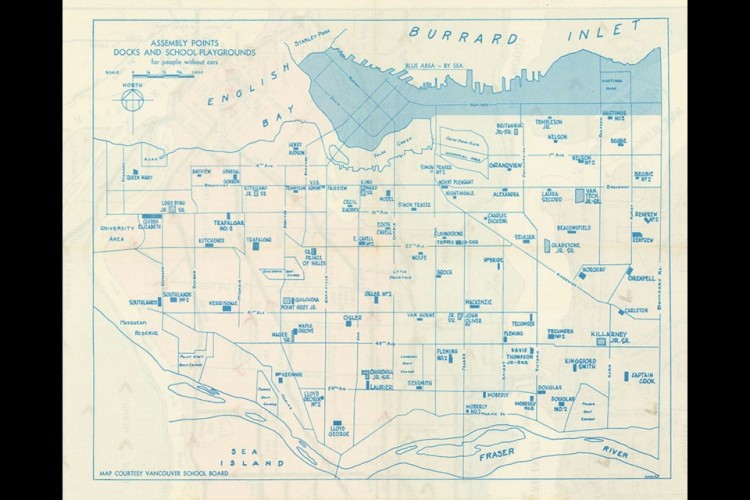