Sales of ciders, hard spritzers and other “refreshment beverages” booming in the province

By Glen Korstrom | May 25, 2021, 8:00am
Dmitry Batishchev manages cider, cooler, spritzer and beer buying at the British Columbia Liquor Stores division of the BCLDB | Rob Kruyt

British Columbians have upped spending on booze during the pandemic, with residents following the global trend of increased consumption of ciders, coolers and spiked spritzers.

Heads of the world’s largest alcohol producers say they are paying more attention to what has long been a small category, compared with beer, wine and spirits, and British Columbia Liquor Distribution Branch (BCLDB) statistics show that their efforts are being rewarded.

One recent quarter, for example, saw sales for so-called "refreshment" beverages soar 42.5% over the same quarter in the previous year.

“By the end of the summer, refreshment sales should be double what we had four years ago,” said Dmitry Batishchev, category manager for refreshment beverages and beer for the BCLDB’s British Columbia Liquor Stores division.

"In terms of assortment – the breadth and depth of assortment, and product selection – we have already doubled."

Increased sales and product selection have prompted government-run liquor stores to devote more shelf space to what is often referred to as refreshment beverages, particularly in the spring and summer, Batishchev added.

British Columbians’ penchant for these beverages may be fitting, given that B.C.’s Anthony von Mandl, with his Mark Anthony Group Inc., was a pioneer in the category.

Von Mandl created Mike’s Hard Lemonade in 1996, and in 2015 sold the Canadian and international rights for that drink to Labatt for a reported US$350 million, as part of a deal that included Palm Bay vodka coolers and Okanagan Premium ciders.

BIV published this profile of von Mandl in 2014, about his rise from being virtually penniless to being the owner of a company that then generated $500 million.

Von Mandl in 2016 launched his White Claw spiked spritzer in the U.S. and it became a runaway sensation. He had to wait until 2020 to debut the drink outside the U.S. because his 2015 agreement with Labatt included a five-year non-compete clause. 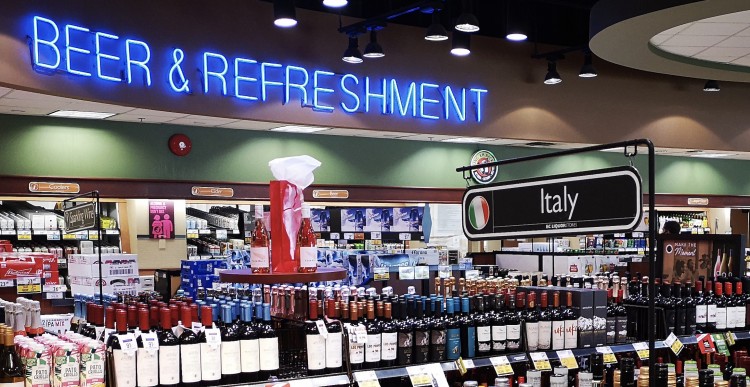 “We are now in process of building White Claw into an iconic global brand, with launches last summer in Ireland, the U.K., and the Netherlands; and our expansion in Europe, and beyond, continues this spring.”

Von Mandl was not available to speak with BIV but he told the Financial Post last year that he expected his drink to take a 10% share of both the Canadian and U.S. beer markets within the next two years.

His company declined to reveal sales to BIV but the Financial Post reported that White Claw sales had increased to 150 million cases in the 2020 fiscal year – a year in which the Mark Anthony Group’s revenue doubled to US$2 billion, with 60% to 75% of revenue coming from White Claw.

He told analysts on a May 6 earnings call that “the lines between established segments within alcohol – beer, wine and spirits – continue to blur.”

He calls this emerging fourth category “beyond beer,” and said it includes ready-to-drink beverages such as canned wine.

BCLDB statistics back up the growth projections.

The best recent quarters to show sales growth during the pandemic, however, are likely the ones that ended on September 30, and on December 31.

The quarter that ended on March 31 is less reliable given that it is compared with the one that ended on March 31, 2020, when retailers were stocking for consumers who were buying unusually large amounts of alcohol  – along with toilet paper, cleaning supplies and other necessities – due to uncertainty and panic buying related to the emerging COVID-19 pandemic.

BCLDB statistics show that in March and April 2020, retailers and other resellers bought 17.3% more alcohol than the previous March and April period, for a total of $605,212,157 for all alcohol types.

The better BCLDB quarters for analysis are the ones that ended in September, and December. They show that, by far, wholesale orders for hard spritzers, ciders and other refreshment drinks had the largest growth among alcohol segments.

BCLDB quarterly sales data is often revised in future reports, and the following includes updated data. Here is the most recent data for all alcohol-segment sales in those quarters.