Grocers and wholesalers grapple with rising costs as pandemic recedes

By Glen Korstrom | June 2, 2021, 8:00am
John Anderson is CEO of Oppenheimer Group, which is one of the world’s largest produce wholesalers | Rob Kruyt

British Columbia consumers should brace for higher food costs in the months ahead.

Economists at four Canadian universities, including the University of British Columbia, produced the Canada’s Food Price Report 2021, which forecasts an overall food price increase of between 3% and 5% this year.

His company owns more than a quarter of packaged-food giant Kraft Heinz Co. (Nasdaq:KHC), which has dozens of brands, making products such as Oscar Mayer wieners, Philadelphia cream cheese and Maxwell House coffee.

Local grocers told BIV that suppliers have hiked prices on a wide range of products.

“Some of that you can pass on, some of it you can’t, depending upon what the market will bear,” Save-On-Foods president Darrell Jones said.

“On the positive side for Canadians, right now, is that there is an increased value of the Canadian dollar, which has mitigated some of the produce increases that you would typically see.”

Jones said that despite the Canadian dollar’s rise, he has seen significant increases in the prices for packaged goods and meats, and his company sometimes must absorb the extra costs without raising prices. 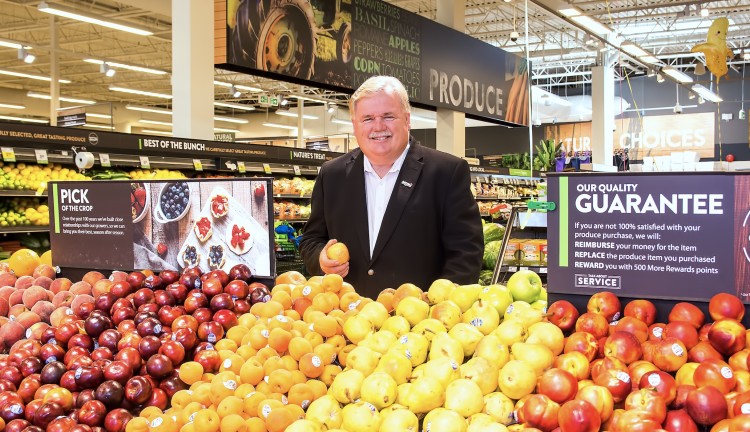 Stong’s Markets president Brian Bradley has done the same, as he has seen price increases “across the board.”

Rising meat prices, specifically, have been hard to pass on to consumers, at least in the short term, he said.

A bigger challenge for Bradley is that because he only has two locations – Vancouver and North Vancouver – large suppliers sometimes treat him as less of a priority.

When wholesalers run short of products, he said they make sure to fulfil obligations to major grocery chains to avoid any fines or penalties.

“Produce prices have remained fairly normal, and normal is up and down, based on weather, and based on crops, so I don’t know that there’s been much impact there,” he said.

His company is one of the world’s larger produce wholesalers. It generates more than $1 billion in annual revenue and has 15 offices in North America, three in South America and one in Africa.

“We’re seeing a lot of inflation because of clogged-up supply chains,” he told BIV. “We’re having trouble getting shipping containers around the world, and having trouble now getting pallets. The cost of containers, cartons and things like that are going up dramatically. Truck freight is going up dramatically. There are [challenges] getting labour into the fields to pick product around the world because of COVID-19, so yes, there’s definitely inflation pressure on food to stores, and potential shortages in different places because of different reasons.”

All of these complications are in addition to regular challenges with produce, such as weather conditions, he added.

Anderson said costs were easier to pass on during the pandemic because customers didn’t shop around as much.

“People were pretty much going to the store closest to them, and then going home – not shopping around at two or three different places,” he said. “People also had extra money because they weren’t spending it on other things. Now, that’s starting to shift, particularly in the U.S.” •