By Nelson Bennett | June 15, 2021
Commercial fisheries up and down B.C.’s coast are suffering as Pacific salmon stocks continue to decline  | Chung Chow

But Russia, the U.S. and Japan may need to follow suit with co-ordinated strategies, because if 2020 is anything to go by, a decline in Pacific salmon is becoming global in nature, not just a B.C. problem, and it is likely due to climate change.

Global abundance of Pacific salmon in 2020 was the lowest it has been since 1982, according to the North Pacific Anadromous Fish Commission (NPAFC). That’s despite a record number of hatchery fish – 5.5 billion – being released the year before in 2019.

Russia, which historically which has enjoyed massive returns, saw its commercial catch fall from 600,000 tonnes to 400,000 in 2020, and officials there are now so worried that they recently convened an emergency meeting of fisheries scientists.

Dick Beamish, scientist emeritus from the Pacific Biological Station in Nanaimo, was asked to give his assessment to the Russian panel and to Canada’s federal fisheries committee. In his briefings, he calls what happened in 2020 “an international Pacific salmon emergency.”

“That’s the largest single-year decline ever quantified,” Brian Riddell, science adviser for the Pacific Salmon Foundation, said of the NPAFC’s 2020 salmon abundance data. “The breadth of decline of salmon production – I don’t think there’s any question that what we’re seeing in recent years is an ocean-impact affect, which is going to be linked to climate effects.”

Daniel Pauly, fisheries scientist at the University of British Columbia’s Institute for the Oceans and Fisheries, agrees. He said eulachon (candlefish) are exhibiting patterns similar to those of salmon. Like salmon, they are anadromous, spending their early years in fresh water, and maturing at sea, and like salmon, their abundance has been falling in the more southern ranges.

“What we have is a global trend that  reproduces for the salmon what we know about everything else in the world,” he said. “The fish are moving forward because the equatorial side of the distribution is too warm for them.”

While the declines have occurred throughout the Pacific, with a few notable exceptions, like Alaska’s Bristol Bay sockeye, they continue to be most pronounced in southern ranges – in Japan and from California to Southeast Alaska. 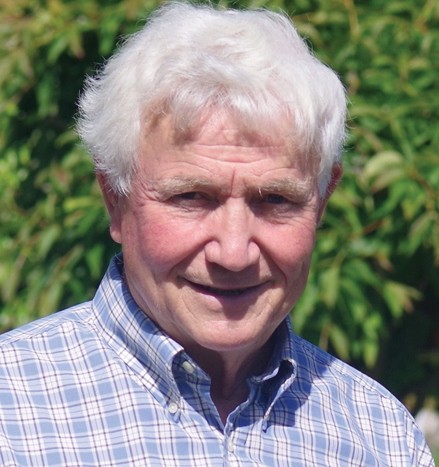 The NPAFC measures abundance of Pacific salmon based on commercial catch reporting from the five member countries: the U.S., Russia, Japan, Canada and South Korea.

In Japan, which produces chum salmon from hatcheries, there has been a 73% decline in the commercial catch since 2010, Beamish noted, even though its production of hatchery chum salmon has remained relatively stable.

“The releases of chum fry from Japanese hatcheries over this period did not change much, showing that the collapse of their catches resulted from declines in ocean survival and not from a shortage of juveniles,” Beamish writes.

The Canadian government’s plan is to try to arrest the decline of B.C. salmon through increased hatchery production, enhanced conservation, increased habitat protection and restoration and changes in the way it manages the commercial and sport fisheries.

But Beamish said there is growing scientific evidence that the problem is not so much that there aren’t enough fish returning to spawn and then making it to the ocean, but rather that they are failing to thrive and grow fast enough after they enter coastal waters, due to a lack of food.

“The abundance of salmon is mostly determined in the early marine period,” Beamish told BIV.

In that case, increasing the number of salmon that make it to sea through better habitat management, increased escapements and increased hatchery production may not do much to stem the decline.

In fact, too many hatchery fish – mainly from Alaska, Russia and Japan – may be partly to blame for the decline of other wild salmon species. Jordan appeared to acknowledge this when discussing her government’s plans to increase hatchery production in Canada.

“What we don’t want to see is hatchery fish overwhelm wild stocks or capacity of our watersheds,” she said. “They need to support the population, but not take over.”

James Irvine, senior research scientist at the Biological Research Station and contributor to the NPAFC abundance research, believes the problem may be at least partly related to an over-abundance of pink salmon, which have been augmented by commercial hatcheries.

Of the five main species of Pacific salmon, pinks are the most abundant, accounting for 46% of the total global harvest by weight.

“With about 40% of the biomass in the North Pacific being of hatchery origin, you’ve got a finite carrying capacity,” Irvine said. “We’re saying, in some years, there’s just insufficient food for these salmon, so you have negative returns.”

But Beamish believes the problem has more to do with early marine survival, not competition at sea. Salmon smolts that don’t get enough food and do not grow fast enough after they leave their natal streams and enter coastal saltwater may not survive long enough to get to the open ocean, or might not win the battle for survival when they do.

“A possible explanation for the collapse is that a changing climate has resulted in a reduced capacity of the coastal ocean to support salmon,” Beamish said.

There have been periods of ocean heat waves in the Pacific, including the so-called “blob” from 2013 to 2105 that could have altered the food web.

Beamish said it is critical to understand the mechanisms at play in the open ocean, where Pacific salmon spend two to three years of their lives. To that end, he and Riddell have been organizing scientific winter surveys involving international teams of fisheries scientists to get a better understanding of what is happening to the salmon in the open ocean.

“These marine heat waves are clearly causing a biological effect we don’t fully understand yet,” Riddell said. “That’s why it’s so critical for us to be out there.”