Clerides bought the 41-year-old Numbers Cabaret from founder Phil Moon in May 2020 and operated it for several weeks last summer before shutting again to limit the spread of COVID-19.

No dancing is allowed, and groups are supposed to stay within bubbles, but the club is open at least two or three times per week thanks to B.C. moving into Step 3 of the provincial government's restart plan. This is unlike in the U.K., where clubgoers on July 19 were newly allowed to dance and sing in nightclubs after months of restrictions.

The challenge for Clerides, whose family has owned Numbers Cabaret’s real estate since 1980, is how to create a high-end drink menu with novel products, without investing an exorbitant sum in inventory.

B.C. law requires restaurants, bars and other hospitality ventures to buy all alcohol directly from the province’s Liquor Distribution Branch (LDB) and not from private retailers.

But the LDB tends not to sell individual bottles of high-end products to hospitality businesses unless they are sold at government-run liquor stores.

For specialty products, which are not normally stocked in those stores, the LDB requires the hospitality business to buy full cases of the products. Clerides said this means that he will have to buy significantly more inventory than he needs, because he must buy full cases of certain products.

B.C.’s Ministry of Public Safety and Solicitor General acknowledged this to BIV in an email, although it stressed that hospitality business owners can buy single bottles of high-end products that are stocked in its stores.

“That’s just government spin,” said Clerides, who has also owned the private liquor store Marquis Wine Cellars, which is next door to Numbers, since 1986. “There are products that you have to order … full case lots.”

Private retailers, such as his, he said, are frequently willing to sell individual bottles of spirits and wine, which they do not normally stock, to restaurants and bars.

“We’ve been fighting for 35 years for government to allow restaurants to buy from private retail,” Clerides said. 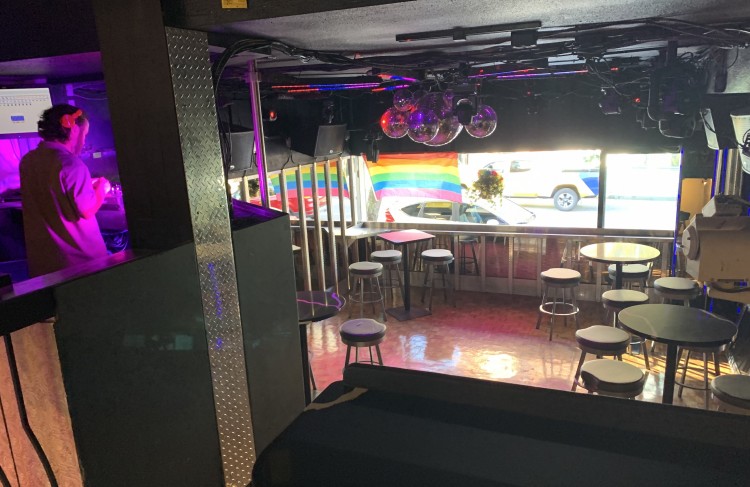 (Image: While Numbers has a DJ, dancing will not be allowed until B.C. reaches Step 4 in its restart plan – likely by September 7 | Glen Korstrom)

Allowing bars to buy alcohol from private retailers was one of the recommendations that the Business Technical Advisory Panel (BTAP) provided to government in 2018.

The government said that it has implemented some of BTAP’s 24 recommendations, has prioritized others and is working with BTAP on its recommendation to allow hospitality businesses to buy directly from private retailers.

Allowing Numbers to buy liquor directly from Marquis Wine Cellars would not provide Clerides with any extra profit from a price markup because the B.C. government, during the pandemic, changed its regulations to allow hospitality businesses to buy alcohol at wholesale prices. That was another of BTAP’s recommendations.

That means that Numbers and Marquis can buy alcohol at the same price. It also means that the B.C. government is getting the same revenue for an alcohol purchase whether it comes directly from Numbers or from Marquis Wine Cellars.

This challenge is not stopping Clerides’ enthusiasm for his new bar.

He added that he has removed Numbers’ pool tables, and otherwise spent an undisclosed amount of money to renovate the club, which has multiple levels, and mezzanines both upstairs and downstairs.

Numbers was not the first gay bar that Moon opened.

Moon, who through the decades invested in, or operated, about a dozen nightclubs, launched Luv-a-Fair as a gay nightclub in 1975. That venue soon attracted a mainstream audience, and it closed in 2003.

Moon was grappling with health problems when he sold Numbers to Clerides, and Clerides told BIV that Moon recently died. 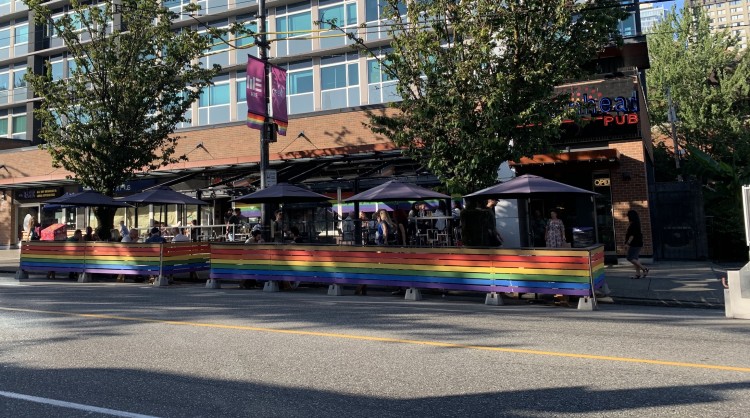 (Image: The Fountainhead pub, across the street from Numbers, was another nightlife venue in which Moon had invested | Glen Korstrom)

Campbell told BIV that he did not stay active as a nightclub owner on Davie Street for long.

Campbell remains best known for being partners with Blaine Culling in ventures that reinvigorated Granville Street in the 1990s. Campbell, Culling and others successfully lobbied the city to designate the Granville Entertainment District as an entertainment zone and allow about 1,000 additional liquor-primary seats.

Being able to add seats enabled bar owners to invest and renovate premises in a stretch of Granville Street that was then best known for having single-room-occupancy hotels, Campbell said. •