Average revenue for top producing mines has fallen 26.2% since 2018 peak

British Columbia’s largest producing mines have had a rough few years with revenue dropping precipitously after peaking in 2018, according to data collected on Business in Vancouver’s Biggest Mines in B.C. list. 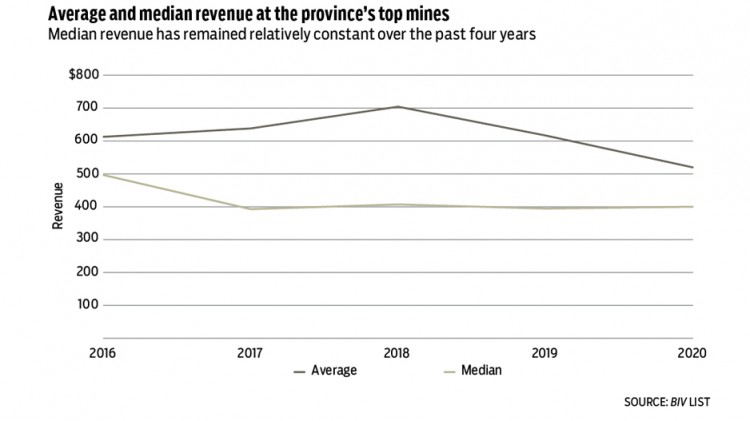 Meanwhile, the median revenue for B.C.’s top mines has remained relatively constant over the past four years, suggesting that smaller mines on the list did not have the same wild revenue swings as their larger counterparts did.