Building was temporarily the tallest in the British Empire, and had been owned by Cohen family since 1943

The 13-storey Dominion Building, at 207 West Hastings Street, was completed in 1910, and was briefly the tallest building in the British Empire at more than 53 meters tall. It is designated as a Class A heritage structure, and is assessed at $40.3 million.

Army & Navy Department Stores founder Samuel Cohen acquired the Dominion Building in 1943, and the family's Army & Navy Properties has operated it since.

“We'll be a worthy successor owner to Army & Navy Properties in terms of both sensitivity and commitment to Downtown Vancouver," said Michael Emory, Allied's president and CEO.

“Because of its location, building attributes and operating history over many decades, the Dominion Building will enable us to accommodate smaller users who need more flexible lease terms. This will be particularly helpful as we reconfigure other buildings with larger floorplates to accommodate larger users with longer-term requirements.”

Cohen family scion Jacqui Cohen told BIV that Allied approached her with an offer to buy the Dominion Building, and she put the site on the market to gauge interest.

She told BIV in 2019, when she was celebrating the Army & Navy's 100th anniversary, that one of her proudest accomplishments was that she had not sold any of the family's key real estate holdings.

“I did inherit my real estate portfolio but it takes a lot of skill to not screw it up,” she said at the time.

On October 12, Cohen said she thought it was the right time to sell the Dominion Building, and that she chose to sell to Allied because the company offered a fair price, and had shown itself to be a responsible owner. 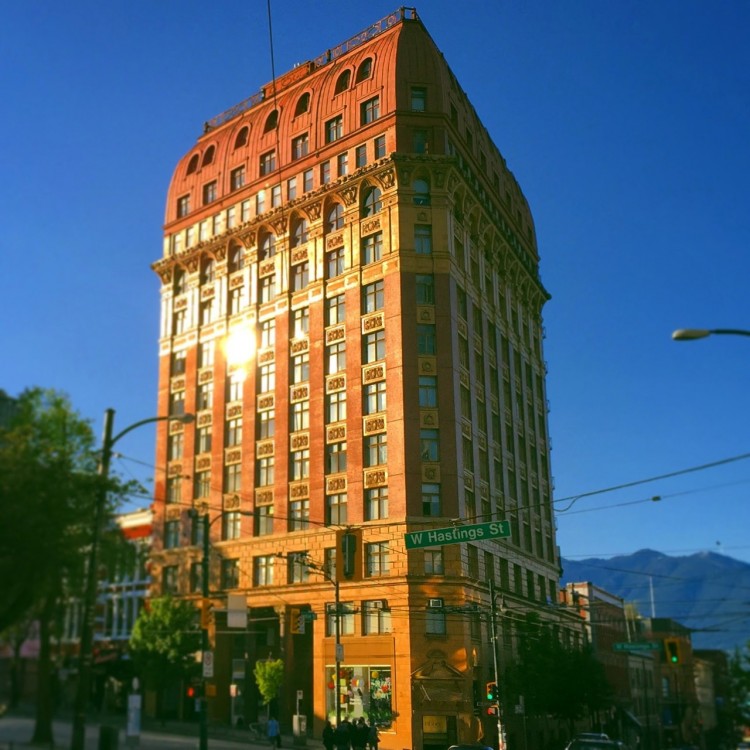 (Image: The sun glints off the Dominion Building | Anders Falk)

"I know what Michael, and Allied, did with Sun Tower, and that really interested me," she said.

Since buying the Sun Tower in 2011, Allied has refurbished the structure. Investments have included giving the building a real copper roof. Previously, the Sun Tower had a terracotta roof, which had tiles that were painted green to give the appearance of being copper.

"They brought [the Sun Tower] totally up to its glory days, and that's what I wanted the buyer to do with the Dominion Building," Cohen said.

"I want to drive by there, and feel really good, and proud, about it. It really wasn't in my wheelhouse to invest the amount of money that the Allied group will invest in it."

Cohen permanently closed the Army & Navy in 2020, after the COVID-19 pandemic descended. She has since hatched a partnership with Bosa Properties to redevelop the Army & Navy site, and she said that the proceeds of the Dominion Building sale will go toward that redevelopment.

Specifics of that project are still being decided, but Cohen said that the redevelopment will not include condos. Instead, it will have rental units that she will co-run with Bosa Properties.

"Colin [Bosa] and I are doing this as a legacy project for both of our families, which will continue down to my grandchildren, and his grandchildren," she said.