When supply chain problems produce bottlenecks, and consumer demand outstrips supply, it is smaller businesses that get hit the hardest.

Larger players have more robust supply networks that enable them to get products, and if supply remains tight, they can threaten to pull large orders, and switch suppliers – something that ensures that producers get them the goods.

In the depths of the pandemic, many small retailers were also at a disadvantage because, unlike larger competitors, they had to pay cash up front before getting products, supply-chain consultant and contract executive Gary Newbury told BIV.

That was because some suppliers feared that small-business customers could go out of business and that their bills would never be paid.

Roll forward a year, and the new challenge is that consumer demand is outstripping supply.

“If you’re Loblaw [Cos. Ltd.] (TSX:L), or to lesser extent, maybe Canadian Tire [Corp.] (TSX:CTC), you have been managing relationships,” Newbury said.

“Because you have the scale, and the relationship, you can command some sway in the market to make sure your product gets produced by manufacturers, gets into containers, gets onto boats – and in the right sequence so that it gets discharged from ports quicker than somebody else’s goods that are travelling in containers, with many other customers’ goods, which might get trapped in the port.”

He added that some of the largest companies, such as Walmart Inc. (NYSE:WMT), charter entire freighters to ensure that their products get shipped. Others have long-term contracts to take a set proportion of a freighter’s load. That helps prioritize their containers and provide predictable deliveries.

Once products get on trucks or trains and are transported across land, larger companies are still at an advantage, Newbury said.

In August, Canadian Tire bought a 25% equity interest in Ashcroft Terminal Ltd., which is B.C.’s largest inland port, and services around 7,000 railcars and 6,000 trucks annually.

Owning that stake in the port helps Canadian Tire ensure that its goods move swiftly, he added.

London Drugs has 79 stores across Western Canada, so it is much larger than a small business with a few outlets. To president Clint Mahlman, however, his company is a minnow compared with giants such as Walmart and Home Depot Inc. (NYSE:HD).

“It may sound like a lot of volume that we bring in – a couple thousand containers a year,” he said. “That is absolutely a speck compared to those large U.S.-based companies or someone like Canadian Tire.”

London Drugs’ strength, he said, is that it has a wide range of local, Canadian and North American suppliers. That diversity of producers enables the company to pivot if one brand of toilet paper is unavailable, because it can stock shelves with another brand, Mahlman said. 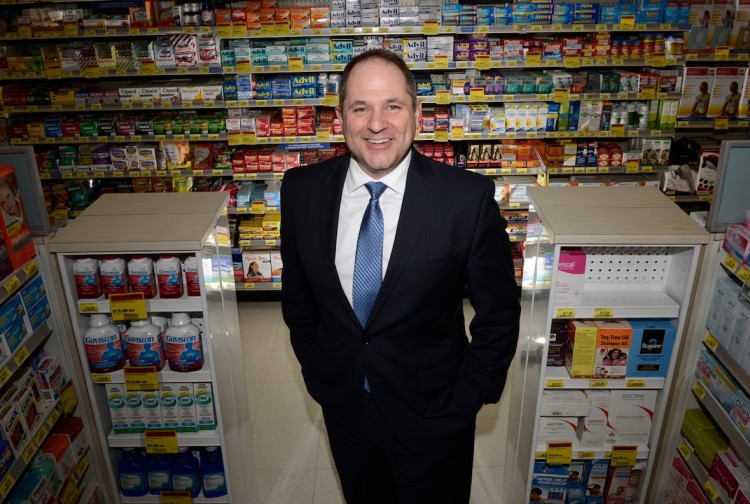 While London Drugs does not import much product directly from Asia, its North American suppliers do, which means slowdowns in the supply chain still impact London Drugs, he added. That is why Mahlman is urging customers who want specific items for the holiday season to buy them as soon as they see what they like.

“Don’t wait,” he said. “Don’t shop around, because it may not be there a few weeks later, just because of this very unpredictable supply chain.”

“Supply is constrained,” he said. “Things are arriving in dribs and drabs. What we’re primarily seeing now is stuff arrive that we ordered a year ago from our distributors in Canada.”

A silver lining for Reckless is that the crimped supply chain has the effect of evening out the company’s sales.

“You could argue that, yeah,” he said. “We’re always afraid that if we don’t sell stuff in the summer when it’s warm and hot out, that no one’s going to show up in November and December when it’s wet and rainy.”

Bicycle consumers, he said, realize that if they need a bike, they need to act on it. It may not be the perfect bike, or the right colour, but the choice is either to buy a bike or to not get one.

“The consumer mindset is, ‘I didn’t get a bike when I wanted one. Oh, they’ve got one in November? I’m going to go buy it now.” •