Here's what a 5% property tax hike means for Vancouver taxpayers

Property taxes are going up again in Vancouver.

Which will not come as a surprise for taxpayers who have seen city council after city council over the past decade raise taxes to balance the operating budget.

This time around, the current council is aiming to keep the property tax hike at 5% or less to balance a budget of $1.7 billion.

To do that, it’s going to mean cutting forecasted expenses for 2022 by $45 million.

That’s a lot of cutting but not unexpected when considering the blow the pandemic has had on the city’s finances, with a revenue loss of $89 million last year and another $90 million loss expected this year.

Losses have largely been driven by reductions in parking revenues, permit and program fees and provincial revenue sharing from such revenue generators as casinos. Such losses translate to limited funds available in 2022 for new programs or investments. 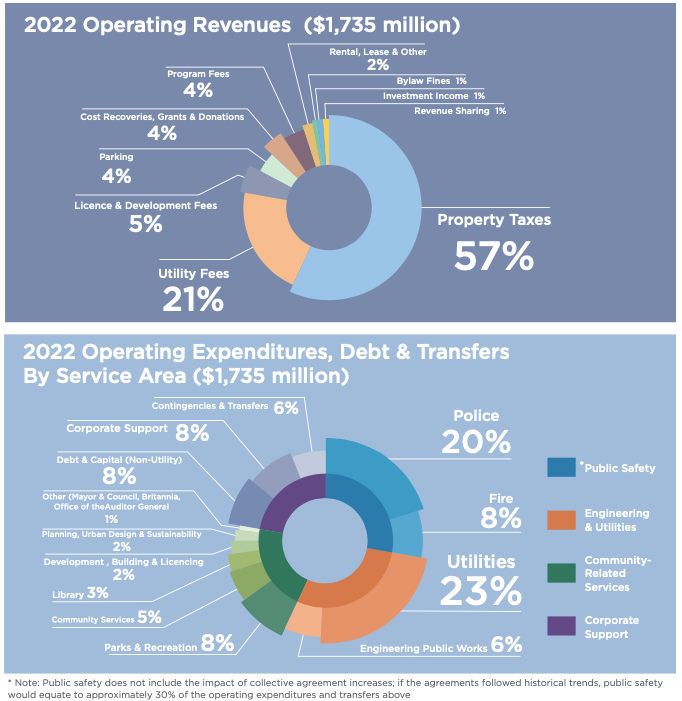 Six days later, after also hearing from citizens about their concerns related to city spending, council is scheduled to finalize the budget Dec. 7 and decide how much of a property tax hike will be required to keep city services operating in 2022.

Let’s say council keeps the tax hike at 5%, which is the more likely scenario than 4% or 3%, which would mean layoffs.

So how does a 5% hike translate into dollars for a property owner?

Estimates on some average annual increases based on median property values are as follows:

• $95 for a residential property overall (assessed at $1.2 million)

It’s important to note the actual tax notice for each property owner will differ from the above average amounts, and will depend on the assessed value of the property.

Also important to note is these estimates reflect the city portion of taxes only and exclude utility fees, provincial school taxes and taxes levied by other taxing authorities, including TransLink, Metro Vancouver, BC Assessment, and the Municipal Finance Authority.

The total property tax levy for 2022 will be set once a final budget is approved by council.

Citizens wanting to tell council what they should be spending taxpayers on can register to speak at the Dec. 1 meeting or submit questions or comments to city council via the city’s website.

This will be the last budget vote for this council because there will be an election in October 2022 and budget deliberations occur every December.