Vancouver homes have steadily risen in price in recent decades regardless of economic conditions or new taxes governments institute to curb market speculation.

There is reason to think that will continue.

More than three-quarters of B.C. construction businesses are experiencing supply chain challenges, according to an Independent Contractors and Businesses Association (ICBA) survey of its members earlier this month.

Commodity prices for raw materials such as lumber are up. Shipping costs are soaring. To top it off, the City of Vancouver has raised building permit fees by an average of approximately 5%.

This means that builders need to sell homes at higher prices just to break even.

“Contractors in virtually every trade and in every corner of the province are experiencing delays and challenges in getting the supplies they need to complete projects and meet deadlines,” said ICBA president Chris Gardner. “The basic building blocks of construction are very challenging to source.”

Maison D’etre Design Build Inc. owner Rob Capar told BIV that suppliers require him to pay a deposit within 15 days in order for them to honour quoted prices.

“We work on getting all these quotes together so we can present it to a client, and by the time they may say, ‘Yes,’ the quote is already out of date,” said Capar, who also chairs the renovation council at the Canadian Home Builders’ Association of BC.

Developer and Reliance Properties CEO Jon Stovell echoed Capar’s concerns. He added that scarce labour has increasingly been a challenge, and attracting that labour has meant paying higher wages.

“It’s all contributory,” he said. “Property taxes are going up a lot. Having to hold the property while you’re waiting to get permits [is expensive],” he said. 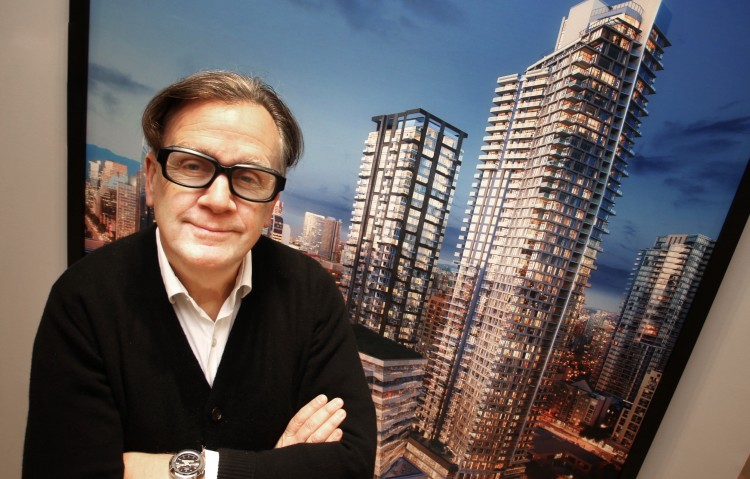 Stovell is also charged vacancy and school taxes on vacant properties that he is developing, which increase selling prices.

The Canadian Real Estate Association expects the average price of a home to rise 7.6% in 2022.

There are arguments, however, that countervailing forces could dampen home-price growth.

The Bank of Canada is expected to raise its overnight lending rate to 1.25% from 0.25%, by the end of 2022 after a series of hikes. That reduces the purchase-offer prices that new mortgage holders can bid for homes, leaving sellers with lower offers for their homes.

Bank of Canada actions tend to mirror those at the U.S. Federal Reserve.

Notes from December’s Federal Open Market Committee (FOMC) meeting, released in early January, suggested that the U.S. central bank might raise interest rates by a quarter of 1% four times in 2022 – one additional hike than most market watchers anticipated.

The FOMC notes also suggested that the central bank may shed some of its bond purchases later this year – an action that would increase the supply of bonds on the market, thereby lowering the price of those bonds and pushing up bond yields, causing inflation. That, in turn, could prompt the U.S. Fed to add more interest rate hikes to control inflation, making borrowing incrementally more expensive.

But she added that soaring shipping costs and other inflationary forces reduce economic activity, which lowers gross domestic product.

Hunt said that would typically lower rents and property prices, but could also devalue the Canadian dollar.

A lower Canadian dollar, she added, would mean that the value of hard assets, such as real estate, would rise.

Heavy demand for homes, as a result of population growth exceeding increased housing supply, is another factor in predicting home-price fluctuations, Hunt said.

She pointed to Scotiabank (TSX:BNS) research that found that Canada has far fewer homes per capita in comparison with European countries.

“We need unprecedented construction levels just to catch up to existing G7 standards of providing housing for people,” she said. “Real estate is the most stable asset type through turbulent times, and it has been proven in history to do that over and over and over again.” •