By Glen Korstrom | January 25, 2022, 8:08am
It hosted speed-skating competitions during the 2010 Winter Games, but would the Richmond Olympic Oval be up to Olympic standards in 2030? | Chung Chow

Four B.C. First Nations chiefs and the mayors of Whistler and Vancouver know they have to move fast if they are to put together a bid to host the 2030 Winter Olympic Games and Paralympic Games.

The work would have to be completed this year, in time for the International Olympic Committee (IOC) to consider it before announcing the winner, which would likely be in summer 2023.

The six leaders last month signed a memorandum of understanding (MOU) to explore whether to embark on such an ambitious undertaking even though not all of them are solid supporters of bringing the Olympics back to B.C.

What is clear for all involved is that if any 2030 Olympic bid arises, the Canadian Olympic and Paralympic committees would work primarily with representatives from the Squamish, Musqueam, Tsleil-Waututh and Lil’wat First Nations.

Underscoring how nascent the idea is, consultation with at least some Indigenous community members has yet to take place.

“Some of us have not put this past the people in the community,” Lil’wat chief Dean Nelson told BIV. “We’re just in the preliminary stages.”

The MOU signing in December generated some buzz in the media, but no Lil’wat Nation members have asked Nelson about the potential bid, he said last week.

“We haven’t committed to anything," he said. "So there’s no real concern of anything yet, until we do really commit.”

About 85% of those who are opposed to a 2030 bid said the cost would be too high, according to the survey.

Nelson said that he has not yet been in meetings where financing the Games was discussed.

John Furlong, who was CEO of the Vancouver Organizing Committee for the 2010 Olympic Games (VANOC), told BIV that a future Olympics could be held without public funding – except for an unspecified amount for security.

The 2030 Olympics organizing committee could be more streamlined and efficient than its 2010 counterpart, and Furlong said B.C. could draw on a deep pool of local expertise on hosting the Games.

"VANOC was thousands of people, and multiple thousands of volunteers," he said. "Many of those folks are still here."

Furlong is not involved in the potential 2030 Olympic bid, although he said he is willing to provide input if asked.

One of his suggestions is that a future bid include communities across B.C. so organizers could use newer, high-quality venues.

Victoria, for example, has first-rate hockey rinks used when it hosted the 2019 World Junior Hockey Championships.

“There are multiple arenas in the province that are big enough, or bigger than the ones we used in 2010,” Furlong said. “So the question is, ‘Can you take the Olympic plan and lay it down in different ways, and include more areas of the province, and make this more inclusive?’” 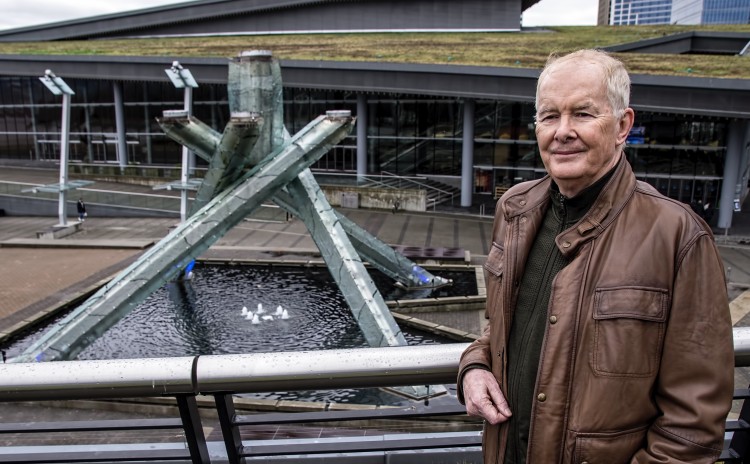 How are venues holding up?

The 2010 Games Operating Trust ensures financing for the Richmond Olympic Oval and has kept the facility maintained to international sporting standards.

After the 2010 Games, the complex reconfigured its speedskating rinks and made space for gyms, volleyball and basketball courts and ice rinks.

He added that the Games’ operations could pay for any needed conversion, because the amount would be a fraction of the $178 million originally spent to build the Richmond Oval.

The $39 million Hillcrest Centre curling facility used at 2010 Olympics is likely the only venue that could not be reused because it is now a community centre.

Furlong, however, said there are multiple facilities across B.C. that are as good or better for curling.

Similarly, for hockey, Thunderbird Arena, Rogers Arena and the Pacific Coliseum could be used without needing any upgrades or investments, and there are other venues as suitable in Victoria, and other B.C. cities, he added.

“We [in 2010] had a full construction department,” Furlong said. “We had a budget of $580 million to build facilities. So, presumably, we wouldn’t need that at all. Or if there is any [investment] needed, it would be quite small.”

VANOC’s final report in 2014 showed the venture made a slight profit on about $1.9 billion in revenue and expenses.

Those costs did not include major government initiatives, such as a $600 million Sea-to-Sky Highway expansion, an $883 million new Vancouver Convention Centre and the $2.1 billion Canada Line expansion to the region’s SkyTrain system.

Governments often invest to improve infrastructure in the lead-up to an Olympics or pull forward projects so their cities do not appear to be under construction during the Games.

This could mean that governments fast-track and extend the Broadway SkyTrain extension, which is currently being built as far as Arbutus Street, to enable the line to end at the University of British Columbia (UBC).

“If by securing the Olympics in 2030, it gets the SkyTrain to UBC open by 2030, that is definitely a bonus,” said Vancouver Mayor Kennedy Stewart, who told BIV that he has not yet decided whether to support an eventual Olympic bid.

His agreement so far has only been to explore the possibility of a bid. Having all levels of government come together with sufficient funding for the UBC SkyTrain extension is what he called a “check in the plus column.”

His support for the Games is also contingent on other yet-to-be-determined benefits for Vancouver, and that the Games be led by the Indigenous nations.

He envisions that instead of creating a second iteration of VANOC, there will be an organizing-committee structure that is headed by the four First Nations, and to a lesser degree by Whistler and Vancouver.

“It’s not like this [bid] part is First Nations-led, and then we win the bid, and all of a sudden it becomes a whole bunch of white guys that run it,” Stewart said.

There is not enough time to organize a plebiscite similar to the one the city held in 2003, before the IOC awarded Vancouver the 2010 Games, he added.

Instead, Vancouver city council will vote by July on whether the city should be part of a bid to host the Games, and residents can have their say at that time, Stewart said.

Before the 2003 plebiscite, Stewart campaigned against holding the 2010 Olympics, and while he has since come around to seeing some benefits from the 2010 Games, he remains on the fence on whether to support a bid.

“I wouldn’t say I’m a true believer [in a 2030 bid], but I wouldn’t be doing this if I didn’t think there was an opportunity for our community,” he said.

Where would athletes stay?

Stewart said he believes the city has learned lessons from the Olympic Village debacle, where developer Millennium Development defaulted on loan payments, leaving the City of Vancouver on the hook for $1 billion, including money owed to the city to buy the site, as well as new debt.

Real estate sales later helped the city pay off the debt, although whether the city fully broke even on the project remains a matter of debate.

There are many options for where athletes could stay.

The Squamish Nation could designate as a future athletes’ village part of its planned 6,000-home Senakw development at the south end of Burrard Bridge, which it is developing in partnership with Westbank.

Other potential locations for a 2030 Olympics athletes’ village include some that are co-owned by Canada Lands Co. as well as the Musqueam, Squamish and Tsliel-Waututh-owned MST Development Corp. That ownership group has land parcels known as the Jericho Lands and the Heather Lands.

City-owned land at the southern end of the Cambie Bridge is also a possible development site for an athletes’ village that would later become housing, Stewart said.

Furlong said many Olympic host cities do not build athletes’ villages. Instead they use housing at universities. Vancouver initially considered using housing at UBC for the 2010 Games, he said, adding that university semesters could be adjusted to make room for the athletes.

Some police and security personnel were housed in cruise ships in 2010, and those vessels could be used as a future athletes’ village, Furlong suggested.

“There are multiple ways to do this without having to put a shovel in the ground and ask taxpayers to pay for facilities that only have this one use,” he said.

Indigenous tourism supporters back the bid

Some of the biggest supporters for an Indigenous-led 2030 Olympic bid are in B.C.’s hard-hit tourism sector, which has been reeling from COVID-19-related travel restrictions for almost two years.

That sector needs good news, and hosting an Olympics would fit the bill, supporters say.

Having the world’s attention focused on Vancouver for two weeks during the Games, as well as in the lead-up to the big event, is publicity that tourism marketers simply cannot buy.

Not only would the Olympics put Vancouver in tourists’ minds as a potential place to visit, but it could reinforce the idea that a vacation to B.C. would not be complete without an Indigenous tourism experience, Indigenous Tourism BC chair Brenda Baptiste told BIV. 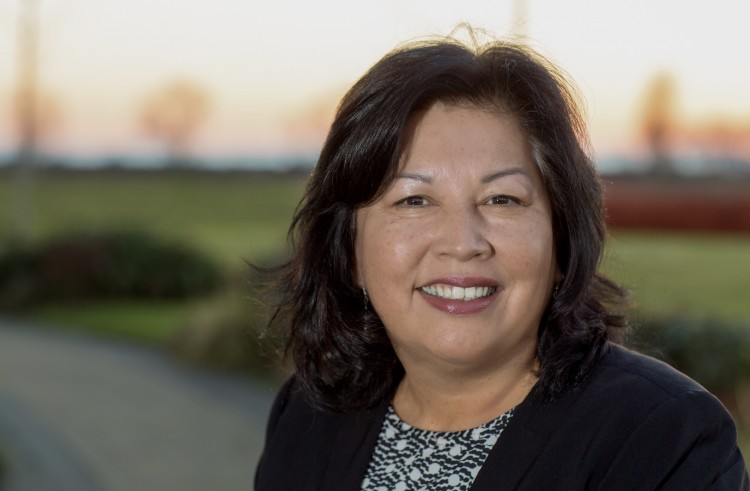 Those experiences could include walking tours of Indigenous communities, visits to Indigenous restaurants, such as Salmon n’ Bannock, or whale watching, she said.

Destinations could also be the Bill Reid Gallery of Northwest Coast Art or the Nk’Mip Desert Cultural Centre.

An Indigenous-led Olympics could also have political effects and give Indigenous people a larger say on provincial and national issues, while also helping to foster a global appreciation of First Nations, Baptiste said.

“Reconciliation really is about the sovereignty of Indigenous people, and nations, to make decisions and participate equally at the table in terms of decision-making, and opportunities and events like the 2030 Olympics,” Baptiste said.

“I want the identity of B.C. to never, ever be without that Indigenous voice or lens. That’s what reconciliation is – that you never think of B.C. and Indigenous people as separate.”

Indeed, the Indigenous-led aspect of the bid may win over longtime opponents of hosting the Olympics.

“I spent three years of my life opposing the last Olympics, on the grounds that the money spent on it could basically end poverty and homelessness,” said Vancouver Coun. Jean Swanson.

“There’s also the climate angle – 2030 is the year that we’re supposed to have our greenhouse gases reduced by 50%. Can we do that if people are flying all over the world to the Olympics? But on the other hand, I really want to support the host nations. Where I’m at now is that I’m just going to wait and see what kind of proposal they come up with.” •