Average revenue increase for the province’s top 20 was 6.7%, despite pandemic economics

British Columbia’s biggest tech companies have managed to increase their revenue during the pandemic, according to data collected on Business in Vancouver’s list of the province’s top B.C.-based tech companies (https://biv.com/lists).

The companies’ average revenue did not grow as much as their median revenue in part because revenue for three of the list’s five biggest companies declined over the past year. 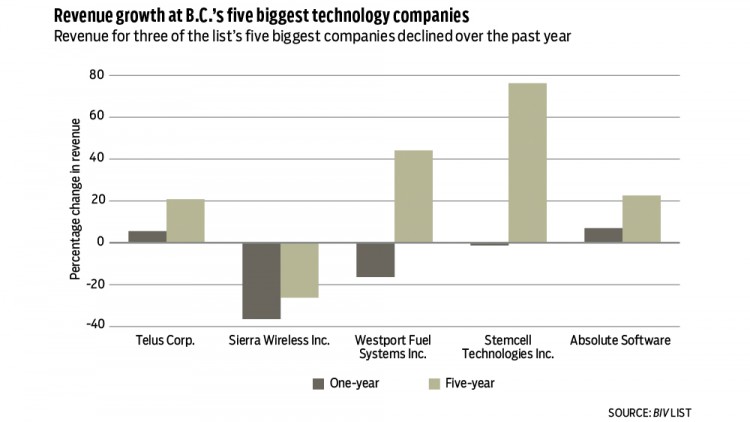 On average, revenue for companies on the list grew 9.3% over the past year. •