TRU February 2022
Diverse and open with spectacular views. TRU offers open admission to 140 programs, with trades and technical courses to undergraduate degrees and master’s programs. TRU is also home to Open Learning, which gives students a choice of 60 online programs they can study wherever they live.

A B.C. university names its school of business and economics in honour of a man with deep community roots who stands for a strong work ethic and personal integrity

Bob Gaglardi is a natural role model for up-and-coming business students. The B.C. entrepreneur founded Northland Properties with a love for building and a dream to be self-employed and has turned it into a global company that represents some of the most recognized hotels, restaurants and sports brands.

When his four children talked about how they could give back to honour their father and all he has accomplished, they came back to the place Gaglardi still considers home: Kamloops, in the heart of the B.C. Interior.

"Kamloops is always going to be a special place for me. It's where I grew up and witnessed my mother and father doing great things for the community," says Gaglardi, Northland’s chairman.

With support from Northland, his children wanted to create a legacy that would make a difference for Kamloops, and they found the perfect opportunity at Thompson Rivers University (TRU). 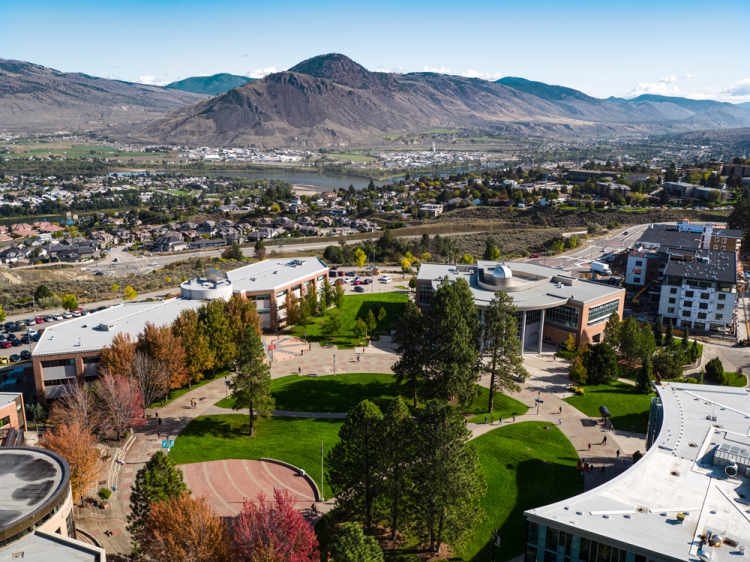 They are generously donating $10 million to TRU, the largest-ever donation received by the university. These funds will help TRU construct a new building for the business school and support its research and students through innovative projects, programs and financial awards.

It's a perfect fit. Students come in with dreams and drive and learn how to turn their passion into reality—similar to how the self-made Gaglardi established his own business through perseverance and his deep sense of integrity.

This transformational gift will build spaces for exploration, collaboration and research where thousands of students from more than 100 countries put their minds toward becoming leaders and blazing their own trails. A portion of the donation is also designated for expanded programming, research initiatives and student financial support in business and economics.

In recognition of Gaglardi’s leadership, high standards of business conduct, and his dedication to supporting and empowering communities—all qualities synonymous with TRU—the university is naming its business school the Bob Gaglardi School of Business and Economics.

“This is the first time in TRU’s history that a faculty or school is being named. The impact associated with this donation extends beyond the monetary value and represents leadership for TRU,” says President and Vice-Chancellor Brett Fairbairn. “TRU strives to be a leader in diversity, a leader in community-mindedness, a leader in curiosity and a leader in sustainability. The Bob Gaglardi School of Business and Economics champions that mission as one of our flagship faculties.” 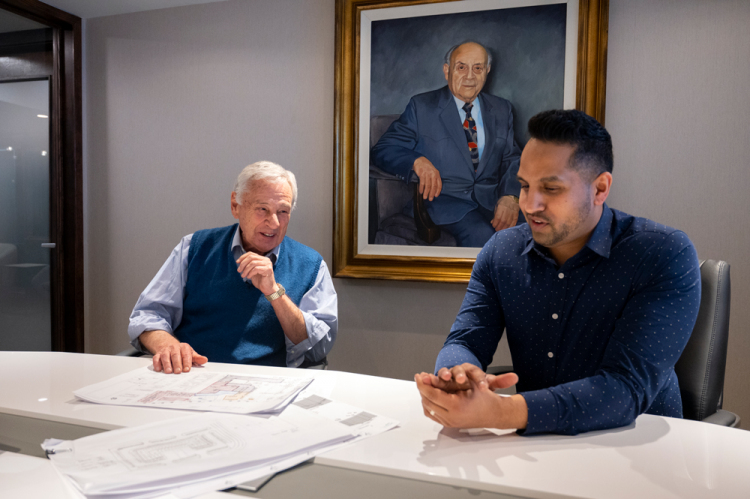 Gaglardi’s strong sense of values came from his parents. He is the eldest son of Jennie and Phil Gaglardi—both Pentecostal ministers, while Phil was also a high-profile politician serving as B.C.’s highways minister and mayor of Kamloops. They instilled in him an inherent devotion to hard work, integrity, people and community, and they led by example through their dedication to helping others.

The dean of the Bob Gaglardi School of Business and Economics, Dr. Michael Henry, says Gaglardi was the ideal candidate for the school’s name because of his strong ties to Kamloops and his belief that people are the core of his company’s success.

"Bob cares about people, and he cares about community. He's created a successful business built on the foundation of being an honest and hardworking leader who deeply values people and credits their contribution to his company's success,” says Henry. "This is the type of business leader we want to have as an inspiration for students at the Bob Gaglardi School of Business and Economics."

Gaglardi’s daughter Andrea Gaglardi, vice-president of corporate development at Northland Properties, says while Kamloops is a special place to the family, the city is particularly significant to her father.

“My father has always led by example, and I hope his story of determination and fortitude inspires generations of business students at TRU as they continue to learn and follow their dreams.”