The term “unicorn” has become a bit of a misnomer within B.C.’s tech landscape over the past year, according to David Raffa.

“It’s supposed to be a rare sight,” said the president of Valeo Corporate Finance Ltd., whose Vancouver-based firm provides services for mergers and acquisitions (M&A) and initial public offerings.

“And now it’s becoming a common sight here, which is great.”

What’s followed is a seemingly non-stop string of announcements from West Coast tech startups revealing that they, too, have reached valuations of US$1 billion or more.

In one case, Dapper Labs Inc. saw its valuation go to a reported US$7.6 billion from US$2.6 billion in just four months after back-to-back financing rounds.

While unicorn status has been reached after an exit (Diligent Corp.’s acquisition of Vancouver software firm Galvanize) or by a public offering (AbCellera), most of the time those massive valuations come after a significant financing round. 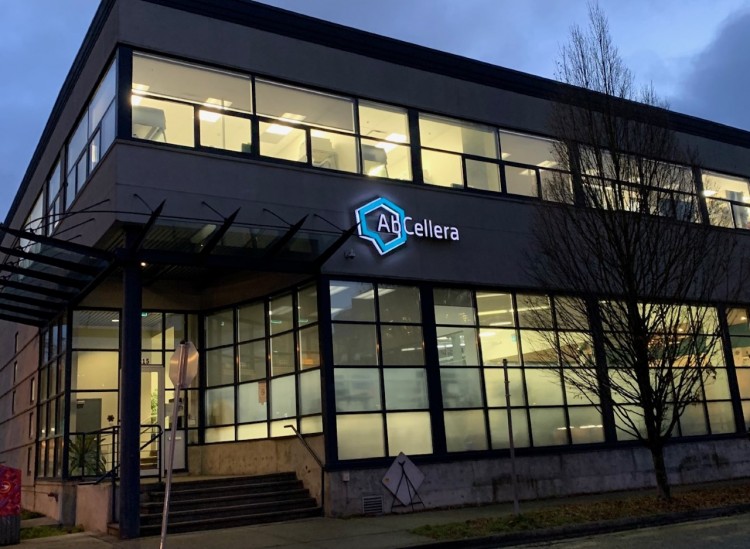 
For example, Trulioo Information Services Inc. hit a US$1.75 billion valuation after raising a record US$394 million last spring.

Access to cheap capital brought on by record-low interest rates amid the pandemic was one of the initial driving factors behind the recent surge of B.C. unicorns – and Canada’s more progressive immigration policies during the Donald Trump presidency made it easier to build Vancouver’s talent pool ahead of time, according to Raffa.

A January PwC report found 869 companies across the globe hit US$1 billion valuations from 2016-21 compared with the 14 that emerged as unicorns from 2005-10.

“Whereas in the 1990s, nearly all venture capital was being poured into high-tech, internet and telecommunications companies, today’s record-high funds are being invested in fintech (now the largest destination for pre-IPO capital), industrial tech, mobility tech, health tech, digital commerce and entertainment and media,” the report stated.

“Tech is now influencing so many verticals that the investments and business processes in those verticals are evolving and beginning to blur industry lines.”

Over the past year a tapestry of technologies ranging from D-Wave Systems Inc.’s quantum computers to digital tools for the legal industry developed by Clio (Themis Solutions Inc.) has been catching the eyes of global investors. Biotech, blockchain, agricultural technology (agtech) and innovations within construction have also been hallmarks of B.C.’s newly minted unicorns.

“They’re all over the map. So it’s critical mass, but not in a [single tech sub-]sector,” Raffa said, noting the diversity of these companies is a sign of the local industry’s strength.

“If you do look at one thing that’s common amongst all these companies now is they’ve all accessed foreign, late-stage venture capital, private equity, mezz debt – all of the types of capital that later-stage companies raise to really grow,” he said.

And instead of B.C. tech’s tendency to build and build, only to be acquired by a larger company that can scale further, these new unicorns have now become the acquirers.

In the case of SemiosBio Technologies Inc., the Burnaby-based agtech firm went on a spring-summer 2021 acquisition spree and scooped up three smaller competitors.

“That’s a mindset change,” Raffa said. “It’s going to be years before you can fully realize on that [acquisition]. It’s not immediate. First of all, it takes at least six months or so to buy it, then it takes a year to two to fully integrate it, and then you begin to see the benefits. So people are playing a long-term game here now, which you didn’t see before.”

Holliday, who has taken to calling Canadian unicorns “narwhals,” said B.C. will need fast-growing private tech companies and investors to remain flush with cash “for the narwhal party to continue.”

“The only part that is missing is exuberant public company valuations,” he said. “That will weigh on the pace of billion-dollar valuations in 2022.”

Despite the prospect of central banks raising interest rates from their record lows, Raffa does not see momentum letting up significantly.

“The people who are out there deploying capital want to make money and … they can’t afford to sit on it because they need to generate a certain level of returns in order for their business to succeed,” he said.

While inflation and rate hikes might have a slight chilling effect, Raffa does not see B.C.’s tech sector returning to its pre-pandemic level of activity.

“I’m optimistic that this is just going to continue,” he said.

The company is now best known for developing software that helps clients who manage critical infrastructure – such as electricity generation or natural gas distribution – to make investment decisions.

But when CEO Judi Hess joined in 2009, it employed just a couple of dozen people, was facing a squeeze on revenue and was dealing with a lawsuit brought on by its founder. 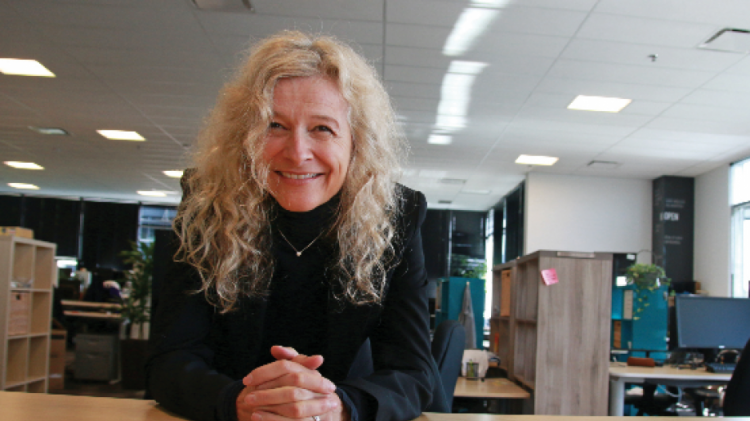 
“So when I joined, the first thing I really needed to do with the team was to basically raise money and actually capitalize the company,” she recalled. “As you would imagine, if you’re replacing the CEO, it wasn’t because everything was going swimmingly.”

Hess helped Copperleaf raise $8.2 million in 2010 and eventually expanded it to a team of 250 employees ahead of last year’s IPO.

“We decided that we really wanted to raise money to really have the opportunity to build the company out even more, go after more sectors … grow geographically,” she said, adding that her team determined an IPO was the best route to accomplish that.

“We’ve proven that out being one of the best-performing tech IPOs in 2021 and also actually the only female-led tech IPO in 2021, as well, so I’m hoping more women will join me in the next little while.”

Semios specializes in using sensors and data to ensure healthy crops for farmers by monitoring for pests and harmful weather. It has three million of its Internet of Things sensors deployed across the globe, reporting back every 10 minutes.

A chemist by trade, founding CEO Michael Gilbert launched the agtech company in 2010 to develop a mechanism for more effectively deploying pheromones on farms to ward off pests.

“And now I essentially run a company of 300 people, most of whom are engineers, because engineering was required to solve what initially was a biological problem,” he said. 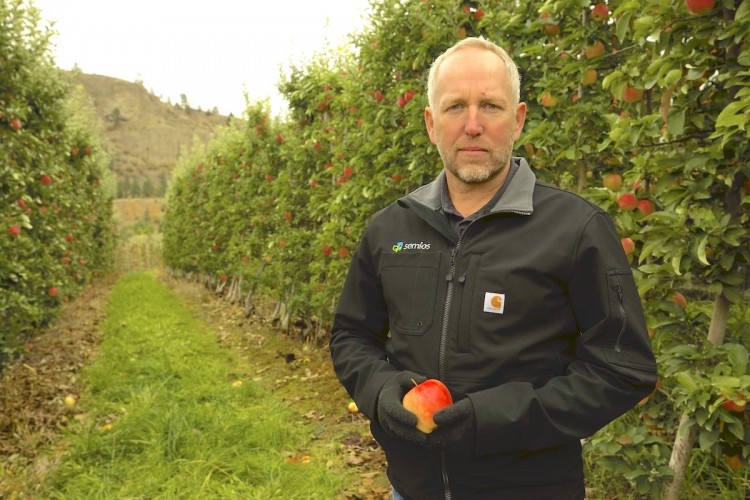 
“I was lucky to have a really good network of mentors, some of them became early investors who also came on board and kind of helped me navigate this entrepreneurship journey, which has been absolutely fantastic and so rewarding,” Gilbert said.

“We’ll be doing a lot more over the next few years in terms of bringing more the tools and datasets together, whether it’s through partnerships or acquisitions. And then we’re also looking at international growth.”

Among the three companies it acquired last year are those with footprints in Australia, New Zealand and the U.S.

Meanwhile, the CEO said demand for technology that closely monitors and collects data on land is ramping up as more companies becoming increasingly concerned about sustainability.

“It has to do with the quality of our water and the quality of our foods and the quality of the air,” he said. “There’s lots of aspects there that are going to come to the forefront, given how fast populations are growing and how much we’re urbanizing. We do a lot in terms of helping farming operations become more sustainable and helping protect precious resources like water, groundwater, air, and I think you’re going to see a lot of investors.”

Just prior to the pandemic, Clio landed what it described as the largest growth-stage financing transaction in Canadian history at that time: US$250 million.

After yet another major raise in April 2021, this time attracting US$110 million, the Burnaby-based firm known for developing software that helps lawyers reduce administrative tasks reached a US$1.6 billion valuation.

Co-founder and CEO Jack Newton said the pandemic has served as an accelerant for the digital transformation of the legal industry.

“Lawyers were, by and large, savvy enough to realize that even if they’d been punting on this idea of adopting technology in their law firm pre-pandemic, what became really clear was that this was a matter of survival,” he said.

“And if they didn’t make this leap quickly, and with conviction in the early days of COVID-19, they knew they would really struggle.” 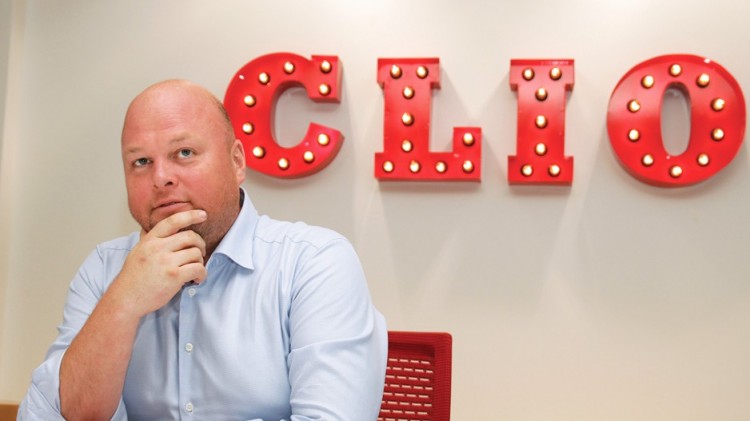 
About 1,000 workers are expected to be on Clio’s payroll by spring 2022. And following last year’s big capital injection, Clio acquired tech firms Calendar Rules and Lawyaw.

In the meantime, the CEO feels confident his tech can help significantly reduce the costs of services for consumers and open the door to more inclusive access to the legal system.

“This mission is so exciting to us, to let technology serve as a much more efficient way to bridge consumer demand with lawyers that can help those consumers solve their legal problems, and in a way that lawyers can do more efficiently, more profitably, with a much, much better work-life blend than what they’ve been able to achieve historically.”