Average revenue down 2.6 per cent; median revenue up 3.3 per cent

Average revenue at B.C.’s largest commercial printers peaked in 2019 and then slid for two consecutive years as it dropped to below 2017 levels.

Unlike average revenue, median revenue for the companies on BIV’s list rebounded from its 2019 low to $6.2 million in 2021, which was higher than its previous 2017 peak. This suggests that while larger printers higher on the list suffered revenue declines, smaller printers lower on the list posted revenue gains.

The average revenue growth rate over the past year for the top 20 commercial printers in the province was five per cent compared with no growth in their one-year median revenue. 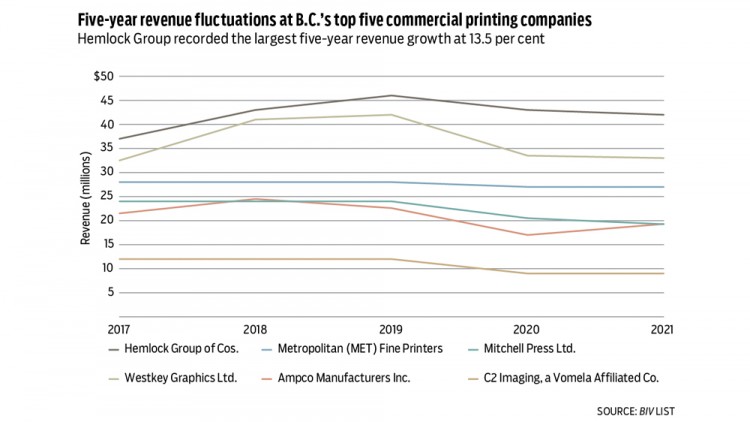 When looking at the five largest printers in the province, No. 1 Hemlock Group of Companies had the largest five-year growth. Its revenue increased by 13.5 per cent to $42 million in 2021 from $37 million in 2017. •